Antetokounmpo has triple-double in 111-98 win 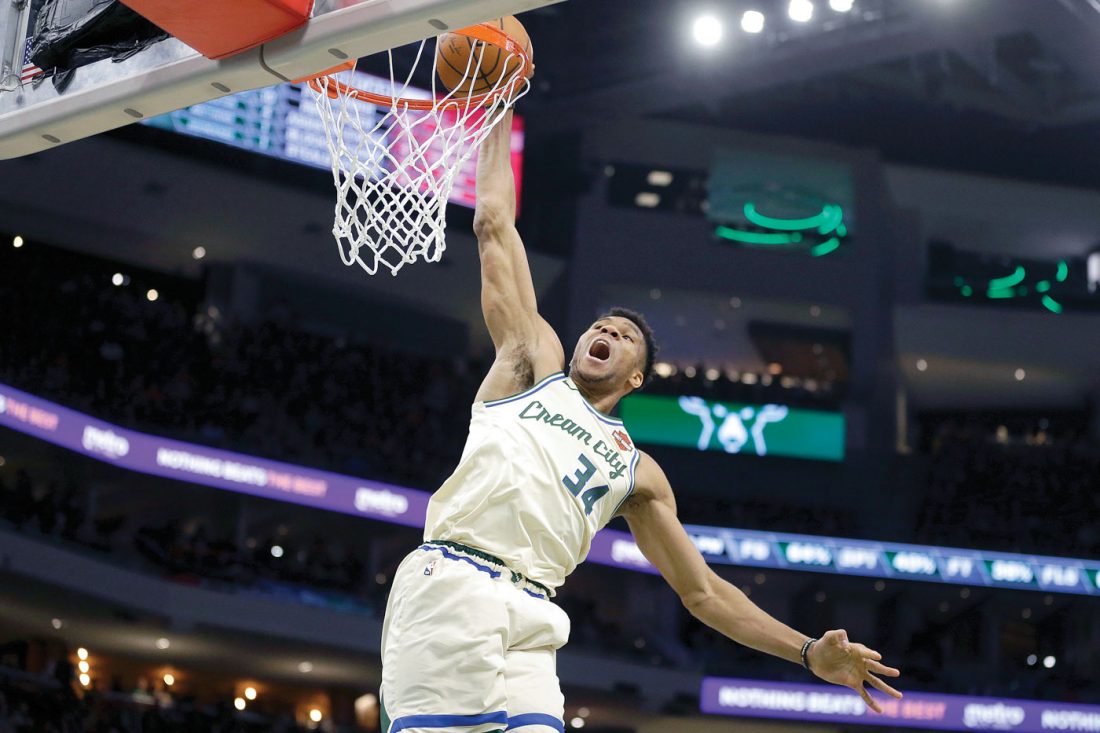 AP Photo Milwaukee’s Giannis Antetokounmpo dunks during the second half against the Chicago Bulls Monday.

Antetokounmpo had a triple-double and scored his 10,000th career point, and the Bucks beat the Chicago Bulls 111-98 to sweep the four-game season series.

Antetokounmpo had 28 points, 14 rebounds and 10 assists for his fourth triple-double of the season. He reached 10,000 points on a jump hook with 4:30 remaining in the fourth.

Antetokounmpo said he thinks a trip to Paris this week, as well as the rare late afternoon, weekday start, may have played a part in the team’s sloppy play.

“A game like this, it’s kind of a tricky game,” he said. “We’re about to leave to go to Paris, we’ve got to take care of our family here, make sure everything’s right. You’ve got to make sure you pack your bags, all that other stuff. It takes away from the game.”

Antetokounmpo shrugged off the turnovers to help the Bucks pull away late.

“Having turnovers doesn’t slow me down. I want to keep being aggressive,” he said.

“Chicago makes it hard on you,” he said. “They force a lot of turnovers, they’re active defensively.”

Khris Middleton added 24 points for Milwaukee, which has won 10 consecutive games over the Bulls dating to the 2017-18 season. It’s the Bucks’ longest winning streak over Chicago since the teams began playing in 1968.

The Bucks ran their league-best record to 39-6 with their seventh straight victory. Milwaukee shot 58%, with Middleton connecting on 10 of 13 shots.

“We just kept fighting and scrapping,” Bulls coach Jim Boylen said. “If we have a normal shooting night from the 3, it’s a different outcome.”

After a sloppy first half by both teams, the Bucks began to take control, opening the third quarter on a 13-4 run, sparked by Middleton’s eight points. Milwaukee’s lead grew to as many as 16 in the quarter before Chicago clawed back.

The Bucks travel to France to face Charlotte on Friday. Milwaukee will be the visiting team in the NBA’s first regular-season game in Paris. Milwaukee played in London in 2015.