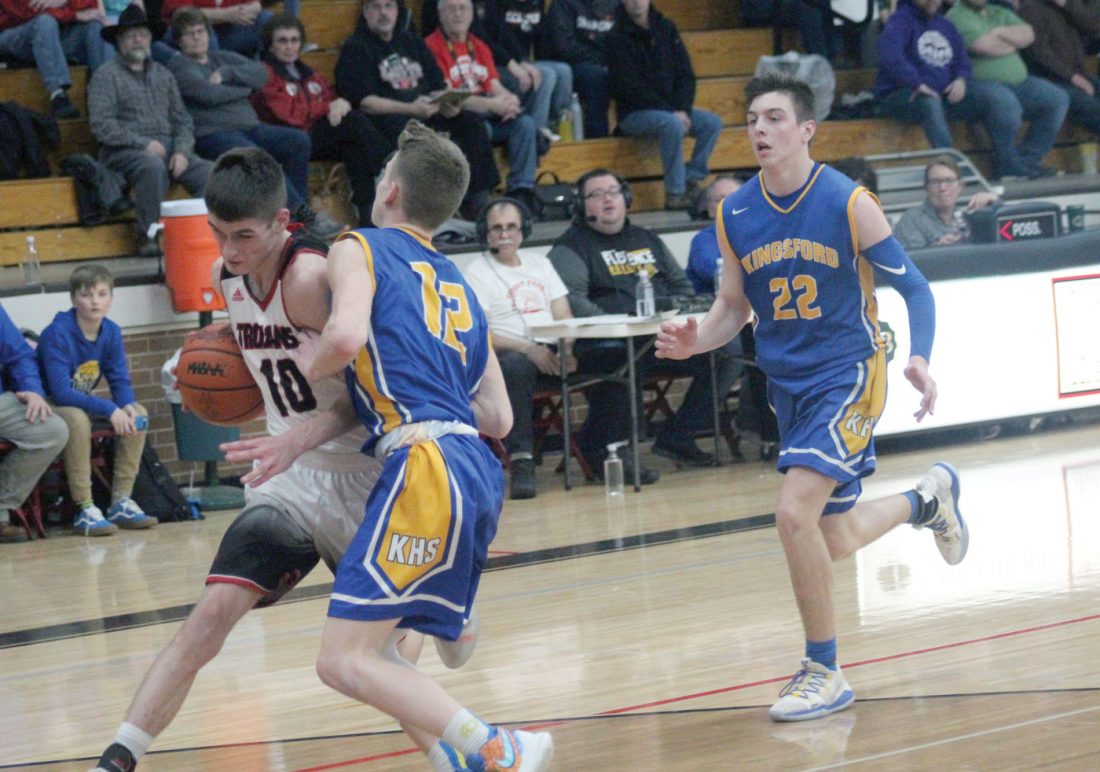 “It’s always a battle when we play at FP, we came out tonight and played good for the most part,” Flivvers head coach Dan Olkkonen said.

Kingsford led at the break, despite the Trojans’ Tommy Showers netting 14 of his game-high 21 points in the first half. Keall Emmers added 17 points, while Tommy Peltoma chipped in to 10 points for FP and head coach Kurt Lehmann.

“FP plays hard, Kurt has them playing hard for him,” Olkkonen said. “(Caleb) Boone and (Nick) Nora did a good job running the point for us tonight.”

Chris Carollo had a strong second half scoring all 16 of his points for Kingsford who improves to 2-4 (0-2 GNC) on the season. Freshman Nick Nora added 13 points for the Flivvers, with 10 of them in the first half.

The Flivvers return home Thursday to host Great Northern Conference foe Gladstone, while the Trojans, who fall to 3-3 on the season, travel to undefeated Munising on the same night.