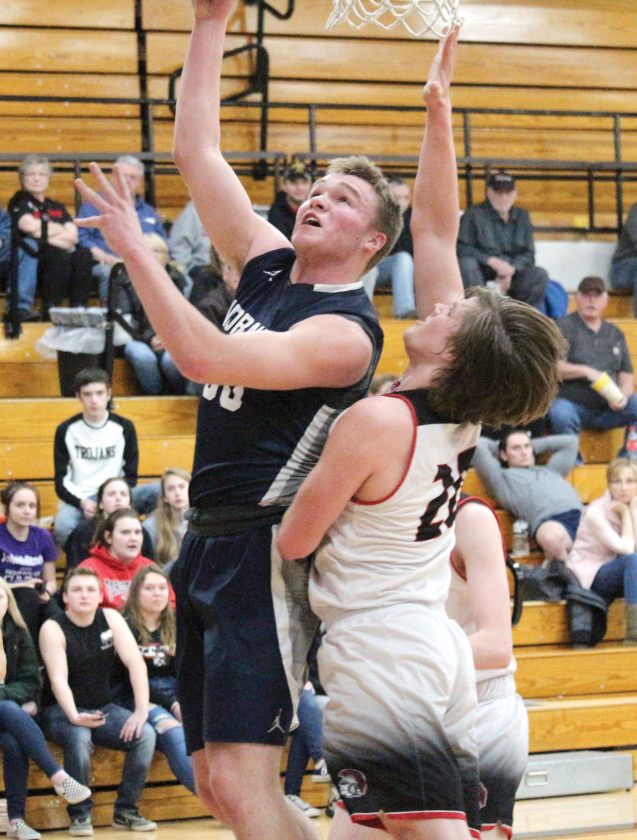 Ron Deuter/The Daily News NORWAY’S KODY HENDRICKS goes to the basket against the defense of Forest Park’s Tommy Showers during a game at Crystal Falls in February. Both players were honored on the all-conference team.

The Knights (10-5) played well defensively to the approval of head coach Jeff Gallino.

“Forest Park is deliberate in their half court sets and make you play half court defense,” he said. “I thought we did a good job of it tonight. Parolini really came to play tonight on the defensive end of the floor.”

The Knights made their free throws down the stretch to seal the win.

“We really couldn’t figure out a way to put the ball through the hoop at times tonight,” said Forest Park first-year head coach Kurt Lehmann. “Going forward, we have to find a way to hit some shots and work the ball inside. Norway did a good job of stopping ball penetration.”