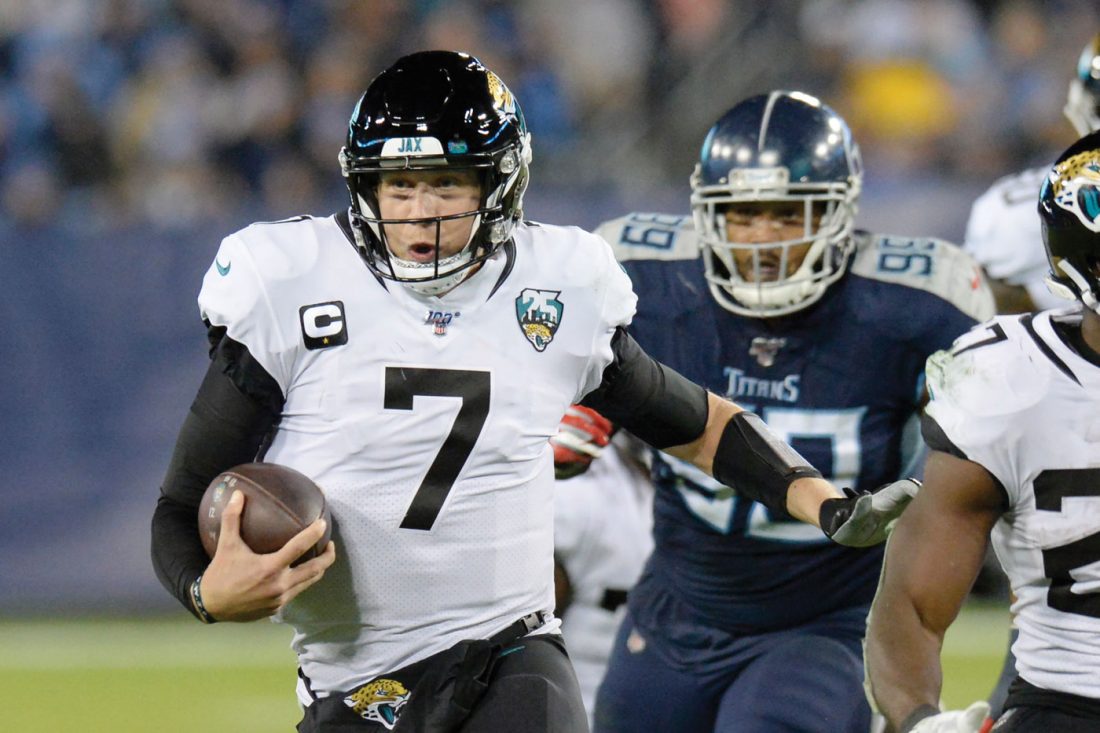 AP Photo Jacksonville’s Nick Foles scrambles against Tennessee in the second half of a game in Nashville, Tenn. last season.

They also brought in former All-Pro to boost their pass rush by agreeing to a five-year, $70 million with Robert Quinn and have another former star on the way in tight end Jimmy Graham.

It’s been a busy few days for a team looking to bounce back from a disappointing season that began with Super Bowl hopes.

As for what the moves mean for the Bears, well, changes were expected. After all, they went from winning the NFC North at 12-4 in 2018 to finishing 8-8 and missing the playoffs for the eighth time in nine years.

Trubisky, for one, might be a little less comfortable.

Though general manager Ryan Pace had said he remained committed to the former No. 2 overall draft pick as the starter, he also left the door open to bringing in a veteran to push him. The Bears agreed Wednesday to a send a compensatory fourth-round pick to Jacksonville for Foles.

Now, Trubisky has competition. That’s hardly a surprise, after his production dropped in his third season.

The Jaguars are parting with the 31-year-old Foles just over a year after signing him to a four-year, $88 million contract that included $50.125 million guaranteed. He broke his left collarbone early in the season opener, missed the next eight games and got benched in his third game back.

The Bears’ problems on offense didn’t end with Trubisky. They lacked playmakers other than receiver Allen Robinson. Their line took a beating. Their run game got ignored at times. And their tight ends were nonfactors.

That’s where Graham could provide a boost.

A five-time Pro Bowl selection, he has 7,883 yards receiving and 74 touchdown catches in 10 seasons with New Orleans, Seattle and Green Bay. He spent his first five years with the Saints, when Pace worked in their front office.

The Bears are banking on Quinn to give them another havoc-wreaking pass rusher opposite Khalil Mack and take some of the pressure off their star outside linebacker.

Quinn bounced back with 11 1/2 sacks last year following a trade to Dallas from Miami despite a two-game suspension for violating the NFL’s policy against performance-enhancing drugs. Quinn, who turns 30 in May, has 80 1/2 sacks in nine seasons.

The agreement with Quinn signaled the end for 2016 first-round pick Leonard Floyd in Chicago.