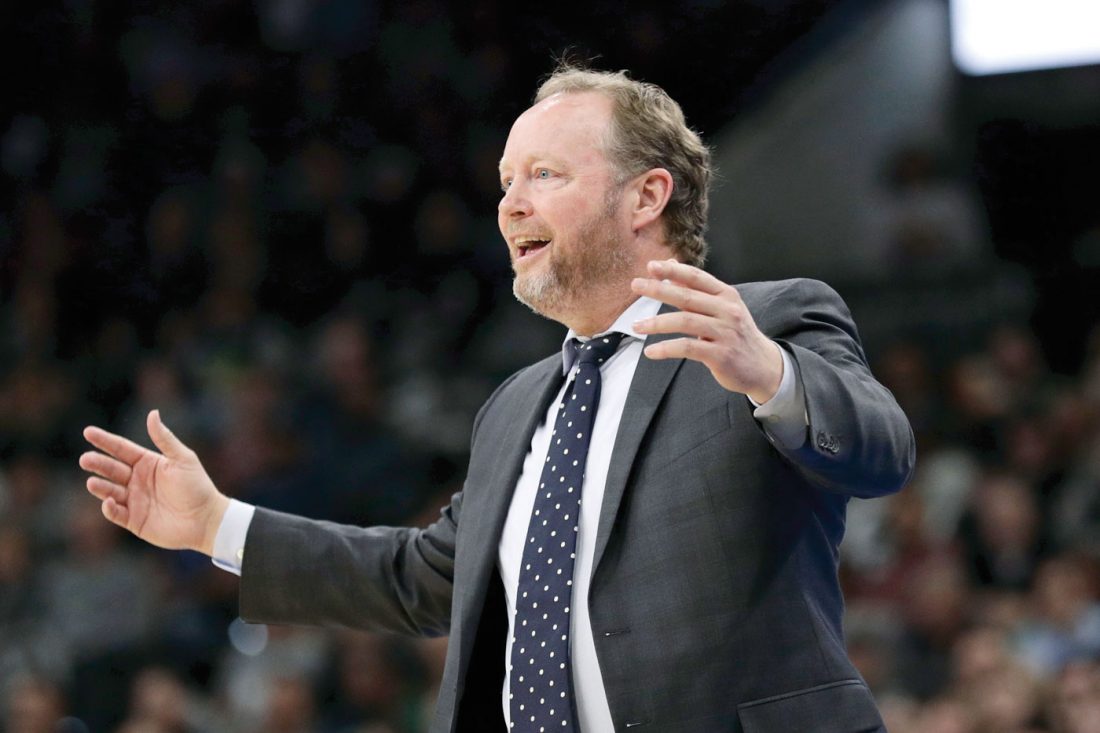 AP Photo Milwaukee Bucks head coach Mike Budenholzer reacts to a call during the first half against the San Antonio Spurs in San Antonio in January. The NBA-leading Bucks remain confident the pandemic won’t put a permanent halt to the season and that they’ll get to resume chasing their first league title in nearly half a century. (AP photo)

MILWAUKEE (AP) — The NBA-leading Milwaukee Bucks remain confident the coronavirus pandemic won’t put a permanent halt to the season and that they’ll get to resume chasing their first league title in nearly half a century.

The Bucks had a league-best 53-12 record when play was suspended three weeks ago. With Giannis Antetokounmpo having a potential second straight MVP season, the Bucks seemed poised to make a run at the title that has eluded this franchise since Kareem Abdul-Jabbar led them to an NBA championship in 1971.

Bucks general manager Jon Horst thinks they will get that opportunity.

“We believe that we’re going to play,” Horst said Wednesday in a conference call. “Everything that we’re doing every day in our communications, in our preparations, everything we talk about is being prepared to play at some point, finish out the season and have a resumption.”

That’s why Milwaukee coach Mike Budenholzer has spent part of this hiatus making sure the Bucks don’t lose their edge whenever they do get back on the floor.

He’s been studying the Orlando Magic and Brooklyn Nets — the Bucks’ two most likely first-round playoff foes — as well as other Eastern Conference teams Milwaukee could see later in the postseason. He’s tried to learn from his experiences as a San Antonio Spurs assistant coach during the NBA’s most recent work stoppages.

“One of my reference points with the coaching staff has been lockouts,” Budenholzer said. “Sometimes when you come out of a lockout, things have been kind of slow, you haven’t been able to maybe do your normal routines and preparation, and things happen really fast. Whether it’s three games in three nights, or playoff series are shorter or the time between the end of the regular season to the first playoff game, everything can be shorter or can happen quicker.”

His instructions to his players have focused on conditioning while understanding they might not have as much time to spend working on their basketball skills.

“I think that we feel that there are things they can continue to do as far as continuing to stay strong, continuing to maintain a conditioning level and really just put a lot of time and effort and energy into their bodies,” Budenholzer said.

After blowing a 2-0 lead to the eventual league champion Toronto Raptors in last season’s Eastern Conference finals, Milwaukee appeared to have all the elements in place to make a serious championship run this year before the pandemic struck.

The Bucks had just returned from a winless three-game trip west when the hiatus occurred, but that was the first time they had lost as many as two straight contests all season.

Despite their optimism and their confidence that league officials will do what’s best for the safety of everyone, the Bucks realize that play might not resume. However, Budenholzer said they aren’t thinking about what impact canceling the season might have.

“If for some reason this season is not played or there’s nothing to look forward to or to complete, I’ll process it then,” Budenholzer said. “I would add that I don’t think it’s being totally head-in-the-sand. I think hopefully watching news, listening to the commissioner, listening to whether it be Tony Fauci or Dr. (Deborah) Birx or whoever it is, it does feel like there is I think some realistic hope and belief that we will get through this.

“I know that there are some negatives, some less optimistic modeling, but literally all we think about is we are going to play and we want to be the best team when we do play so how do we prepare for that, how do we get better? It’s a great way to get through this.”