Ron Deuter/Daily News Photo Iron Mountain senior Marcus Johnson shoots a 3-pointer over Gwinn’s Tristan Janci (33), in a game at Iron Mountain on Jan. 17. Johnson was named to the 2019-20 All-Class Dream Team this week by the UPSSA, for the third consecutive season. 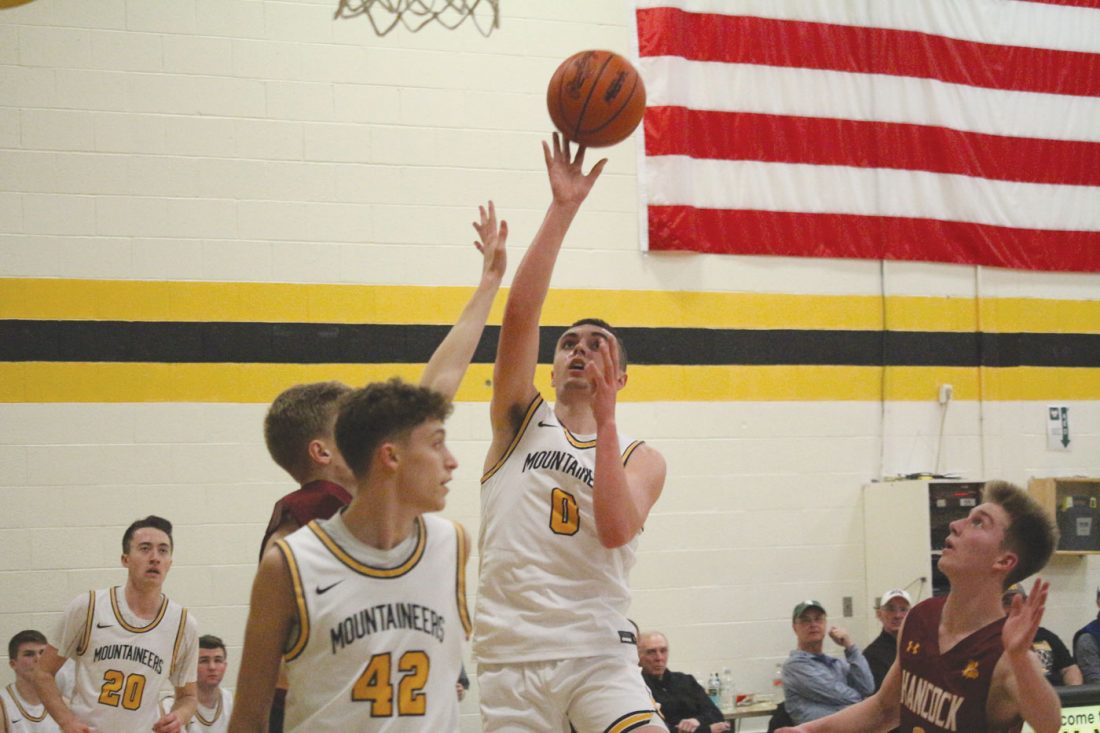 IRONWOOD — Iron Mountain junior Foster Wonders and senior teammate Marcus Johnson both accomplished repeats in recognition of their stellar on-court performances during the 2019-2020 boys basketball season, while the Mountaineers also earned honors as a team.

The Upper Peninsula Sportswriters and Sportscasters Association conducted an online voting process on April 1 and 2, selecting the region’s Dream Team, along with top coaches and players of the year.

Wonders was named Mr. U.P. Basketball, the Division 1-3 player of the year and to the All-class Dream Team for the second consecutive season. The 6’5 forward scored 603 points on the abbreviated season, bringing his career total to 1,618 points, while averaging 27.4 points, 7.8 rebounds, 2.4 assists and two steals per game. As a freshman in 2017-2018, Wonders was named to the Class ABC first team.

In being selected to the All-class Dream Team, Johnson has done so for the third consecutive season. The senior guard scored 493 points while averaging four rebounds, 4.5 assists and 3.1 steals. As a freshman, Johnson was named to the All-UP Class ABC first team.

Johnson, who broke the 2,000-point mark on March 3 versus Gladstone, finished his Mountaineer career with 2,076 points, which is fifth all-time in U.P. history and makes him the all-time leading scorer in Iron Mountain school history. 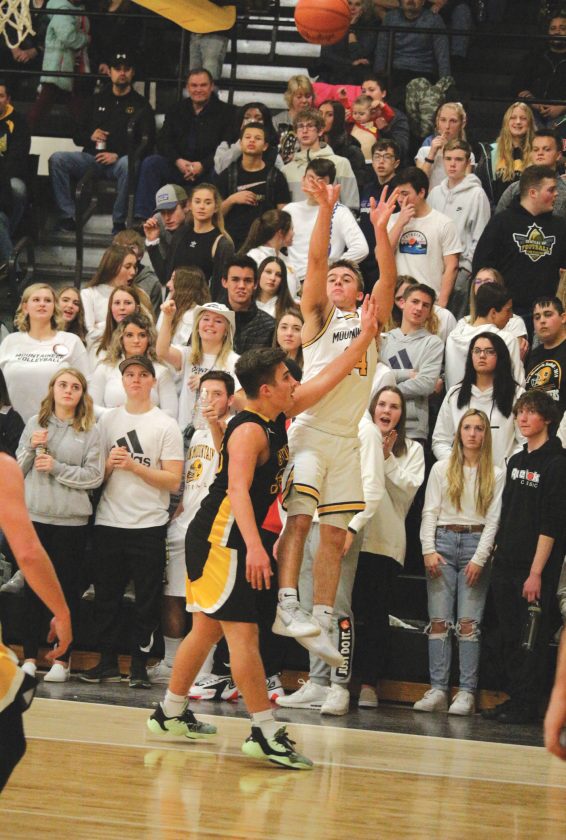 Ron Deuter/Daily News Photo Iron Mountain senior Marcus Johnson shoots a 3-pointer over Gwinn’s Tristan Janci (33), in a game at Iron Mountain on Jan. 17. Johnson was named to the 2019-20 All-Class Dream Team this week by the UPSSA, for the third consecutive season.

For the third consecutive season, and for the fourth time in the last six seasons, Iron Mountain was named Class C/Division 3 team of the year.

With Wonders’ second consecutive player of the year selection, it’s the fourth season in a row that a Mountaineer has been selected for the award. As a sophomore, Johnson was named Class ABC player of the year in 2018, while Wonders’ older brother Carson Wonders received the award in 2017.

Joining Wonders and Johnson on the Dream Team are seniors Brad Simonsen of Houghton and Ashton Janke of Dollar Bay. The Dream Team has six selections, with guards Negaunee senior Jason Waterman and Marquette junior Kam Karp finishing in a tie for the fifth and final spot. 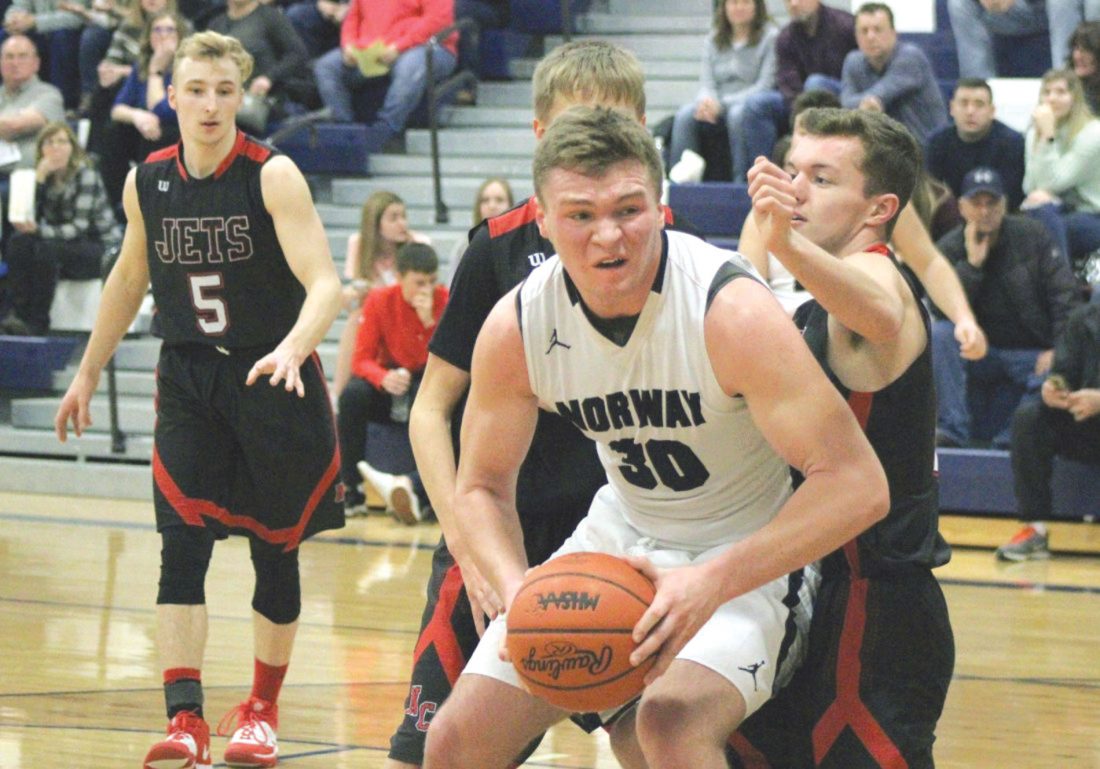 Other Division 1-3 first team selections were seniors Jakson Sager of Negaunee and Peyton Fedell of Escanaba, along with Westwood sophomore Zach Carlson.

Area honorable mentions were Tony Feira of Iron Mountain, Cole Brackett of Kingsford and Peyton Williams of West Iron in Division 1-3 and Keall Emmers of Forest Park and Noah Gorzinski of North Central in Division 4.

Division 1-3 coach of the year award selection was Dan Waterman of Negaunee. The Miners finished the season at 20-2, after a 13-7 regular season in 2018-2019. This is the third such award for Waterman, being selected in 2005 while coaching at Westwood and in 2012 while guiding Munising. 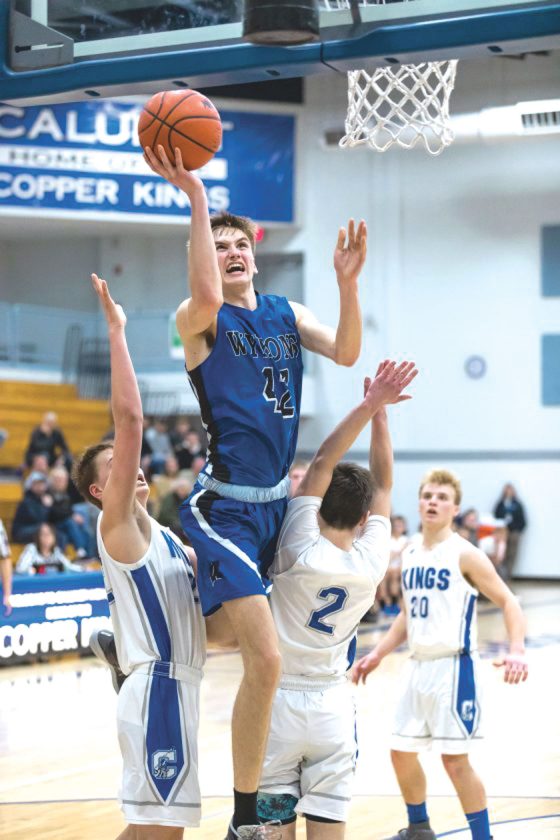 Carney-Nadeau head coach Paul Polfus was named Division 4 coach of the year. A member of The Michigan High Schools Coaches Hall of Fame, Polfus returned to the varsity sidelines for the first time since the 2008 season and directed the Wolves to a 15-7 record and district final appearance before play was stopped due to COVID-19.

The Wolves were trending at the right time, having won seven games in a row before play was suspended. Polfus also won boys Class D coach of the year back in 1999, to go along with his accolades as a girls varsity head coach.

Marquette was the Division 1-2 team of the year for the second straight year. 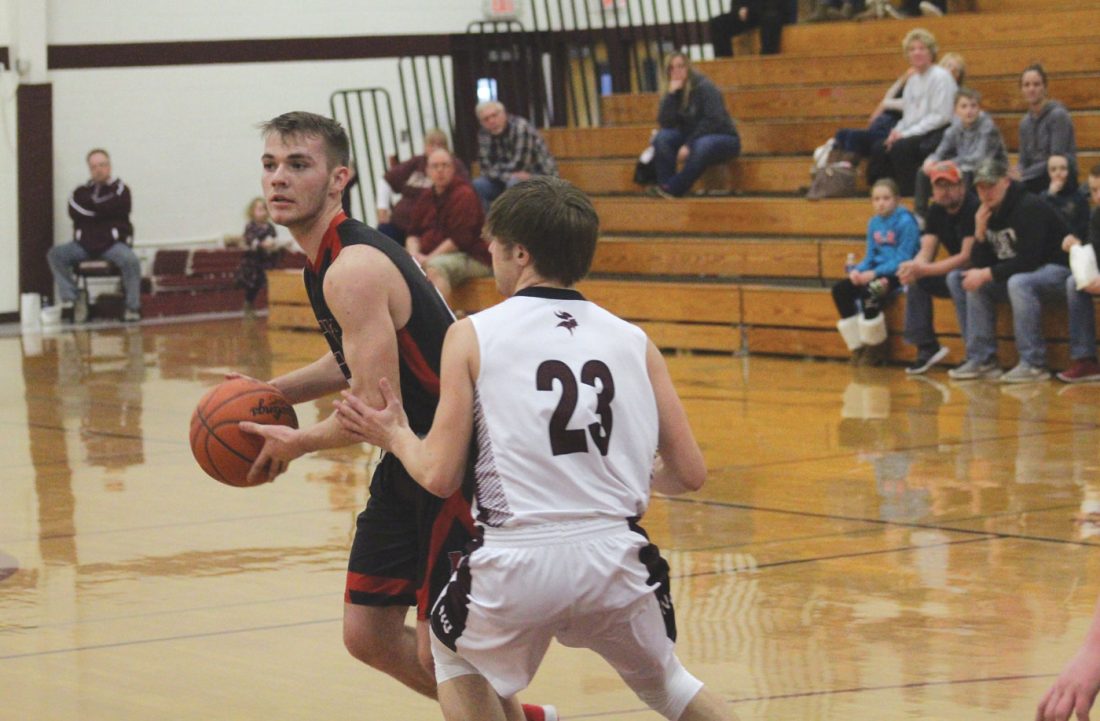 Division 1-2 Team of the Year: Marquette