IRON MOUNTAIN — Trout fishing is off to a good start — and may get better as streams start to drop — while crappies are moving closer to shore to spawn.

“A lot of good reports on trout,” said John Grier at Whispering Pines Outpost on M-95. “Twelve and 13 inches, and I’ve heard of some bigger.”

Both crappies and bluegills are biting, he added.

“Crappies aren’t spawning yet, but they’re in shallow water,” offered Doug Whisler at Whisler Outdoors in Florence, Wis. “The water is still cold. Walleye fishing is spotty and they’re catching a few northern pike and some bass.”

To the south, walleye continue to be caught on the Menominee, Peshtigo and Oconto rivers, but action has slowed. Suckers, northern pike, perch and muskies were also reported as species caught, according to the Wisconsin Department of Natural Resources.

“Overall walleye fishing was slow, with best results below the Hattie Street dam in the beginning of the week,” said Scott Poquette, DNR fisheries technician at Peshtigo, Wis.

Copper Harbor: A small number of legal-size splake were caught. Fishing was slow as the water is still very cold.

Keweenaw Bay: Smelt are running sporadically so the action has been hit-or-miss. Trolling was really good or really bad as the large number of smelt in the shallows has made fishing a bit more difficult. Target the shallow waters with a medium size stick bait. The majority of catches were coho, brown trout and splake. In the South Entry, trolling for trout and salmon was good in 6 to 40 feet with stick baits. Steelhead are still showing up in area rivers and the sucker runs are starting. Fishing the river mouths should be good in the weeks to come, with the trout and round whitefish looking for eggs flowing out of the rivers.

Marquette: Had very good fishing with a large number of chinook, coho, lake trout, brown trout and steelhead caught when trolling spoons and stick baits in 20 to 40 feet. Limit catches were reported.

Chocolay River: Fishing pressure slowed as most anglers were targeting the big lake. The water is still high making the sections upstream hard to fish. Those trying did catch a couple brown trout. Those launching at the marina were heading downstream to fish the mouth.

Little Bay De Noc: Perch anglers reported fair to good catches along the north end. The best area was between the Day’s River and the Third Reef in 23 to 32 feet with crawler and wigglers. In the Ford and Day’s River, steelhead fishing was fair as there are a lot of suckers in the rivers right now. Water levels were still up and running a bit fast. Good smallmouth action for shore anglers casting plastics and crank baits near the mouth of the Ford River. Boat anglers were fishing the rocky areas near the mouth.

Manistique River: All the gates at the dam except one are closed. Steelhead anglers reported good to excellent catches from the ORV Bridge to the Dam. Most are using beads or spawn with equal results. Fish were also caught at the “Bass Hole” but the area is full of suckers.

Munising: Water temperatures have not warmed since ice out and remain about 36 degrees. Boat anglers targeting coho caught anywhere from a few to limit catches. The odd steelhead, brown trout or splake were also caught. Most were fishing in the harbor, Trout Bay and towards Chapel Falls. A few boats trolling the Rock River area had slightly better catches. If targeting coho, troll in shallow waters. Pier and shore anglers were lucky to get a few splake. So far, no major smelt runs to report. Anglers have been checking daily and only a handful were taken.

Grand Marais: The north winds bring in good fishing resulting in good catches of coho when trolling outside the breakwall and towards Lonesome Point. Limits of whitefish were taken off the breakwall with a single egg.

Two Hearted River: Water levels were dropping, and the steelhead action was good for those using spawn. 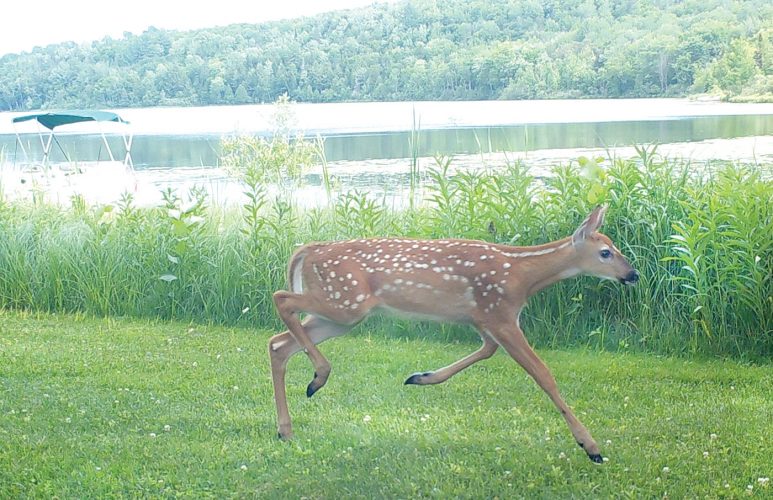