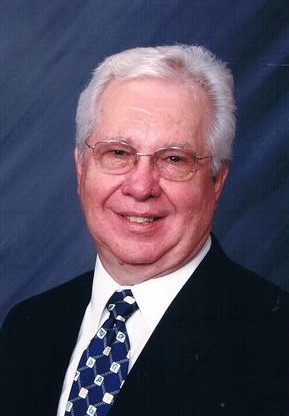 Jim received an accounting degree from Madison Business College. He worked for many years at American Family Insurance. After his retirement, Jim pursued and founded a company, BMT Technology, which was named after Jim’s three grandsons, Barrett, Michael II and Tyler. Family members are going to continue Jim’s vision with BMT Technology.

Jim and Pat’s daughters attended Saint Maria Goretti in Madison, where they were active members of the church and school for 50 years. While his girls attended St. Maria Goretti, Jim was active in their athletic program and played an avid role in the initiation of girls sports. The girls then attended Edgewood High School in Madison, where he volunteered and was the finance chairman at Edgewood’s yearly Edgefest.

Jim’s true love was his cottage up north on Lake Mary in Norway. He had so many special moments with family and friends. It was a special place, his home away from home.

He was preceded in death by his parents, Clayton and Helen.

Graveside services will be at noon Thursday, July 18 at the Niagara Cemetery. Rev. Fr. Michael Lightner will officiate.

You may leave a condolence or tribute for Jim’s family online at www.JacobsFuneralHomes.com.