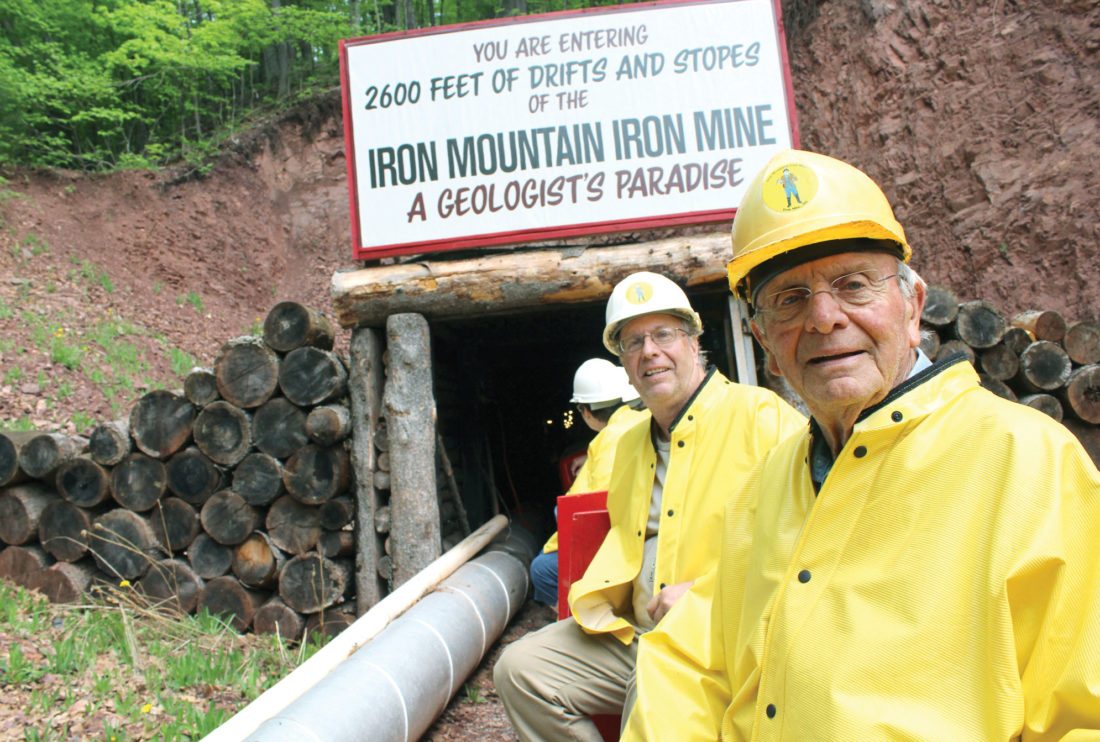 (Theresa Proudfit/Daily News photo) DEAN CAROLLO AND his father, Eugene Carollo, owner of the Iron Mountain Iron Mine, ride the train on the first tour of the season Friday morning.

VULCAN — For six decades, visitors from all over the world have taken a train ride 2,600 feet underground to experience part of the region’s heritage.

The Iron Mountain Iron Mine this year is celebrating the 60th anniversary of the first walking tour at the popular tourism attraction in Dickinson County.

Karen Secinaro, who is starting her fifth year as manager, couldn’t be prouder of the business started in 1956 by both her father, Eugene Carollo, who will be 90 this year, and her late uncle, Albert Carollo.

“It’s wonderful. It’s been an honor managing the family-owned business for the last four years. We have lots planned for our 60th year,” Secinaro said.

The Iron Mountain businessmen brothers had an idea for an attraction that would give people a view of iron mining as it once existed. At the East Vulcan mine, Eugene Carollo re-discovered an exploratory tunnel that had not been used since the late 1800s. 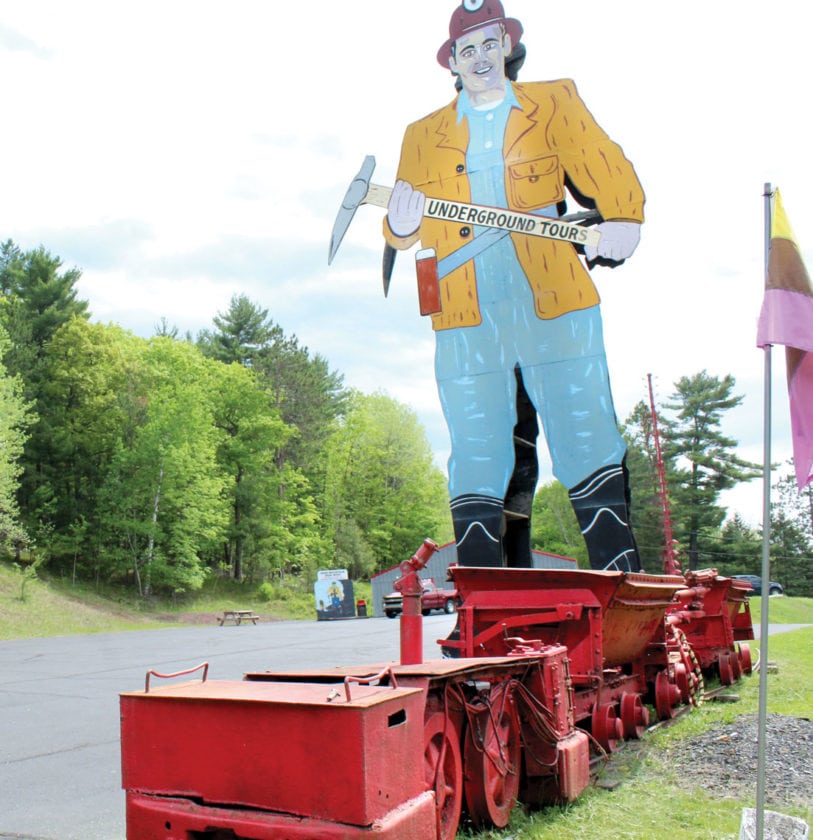 Big John welcomes visitors to the Iron Mountain Iron Mine in Vulcan.

A third Iron Mountain businessman, James Goulette, was brought in as a partner to help with research, planning and renovating and repairing the mine’s workings.

After clearing out the mine and installing vintage machinery in several locations to show the early methods used in mining, the entire interior was brightly lit to provide a better view of interesting rock and ore formations thought to be millions of years old.

Two buildings were constructed, one for admissions and a gift shop, the other a museum featuring miners’ equipment and mining tools and machinery.

Visitors are greeted in the parking lot by Big John, a giant replica of an underground miner that is 40 feet high, 12 feet wide, and weighs nearly 2,000 pounds. On dark or gloomy days, the beam from Big John’s lantern still can be seen.

(Theresa Proudfit/Daily News photo) DEAN CAROLLO AND his father, Eugene Carollo, owner of the Iron Mountain Iron Mine, ride the train on the first tour of the season Friday morning.

Big John welcomes visitors to the Iron Mountain Iron Mine in Vulcan.

into the Vulcan Mine’s drifts and stopes that measured 6 feet wide and 7 feet high. The only portion open to the public was the “tunnel level;” the East Vulcan Mine has 13 levels below the tunnel level, but shaft openings were barricaded to eliminate danger to the visitors.

A major attraction of the tour is the “Big Stope,” a man-made underground cavity created by years of mining. About 22 million tons of iron ore was taken from this cavity, which measures 600 feet long, 300 feet wide and 180 feet from to the tunnel floor to the ceiling.

The first substantial prospecting in the area was done by the Milwaukee Iron Company in 1870 under the direction of Nelson P. Hulst. He discovered the East Vulcan mine, which began producing in 1877. During the prospecting era, ore was hauled to Menominee by wagon, then shipped by vessel. After 1877, ore was shipped to Escanaba on the “new” Chicago and North Western Railway.

The East Vulcan Mine — at one time called Breitung — was among the first tow mines on the Menominee Range. Its history dates back to 1877, when it was owned and operated by the Menominee Mining Co. In 1885, it was purchased by Penn Mining Co., which operated the mine until the lease ran out in 1945. The East Vulcan Mine produced and shipped ore every year between 1877 and 1945 except 1921 and 1932.

Today, the Iron Mountain Iron Mine on U.S. 2 in Vulcan operates as a popular Upper Peninsula attraction for the public, including bus and school groups. It is designated as a Michigan State Historical Landmark.

The Iron Mountain Iron Mine plans many events to celebrate the 60th anniversary. A new book has been written about the mine and its history by Dennis Carollo, son of late Albert Carollo. A number of weekend book signings are planned, with copies available for purchase, as well as drawings for a free book and Big John shirt. Other weekends will offer free pens, hats and pins to the first 200 visitors of the day who purchase a mine tour. 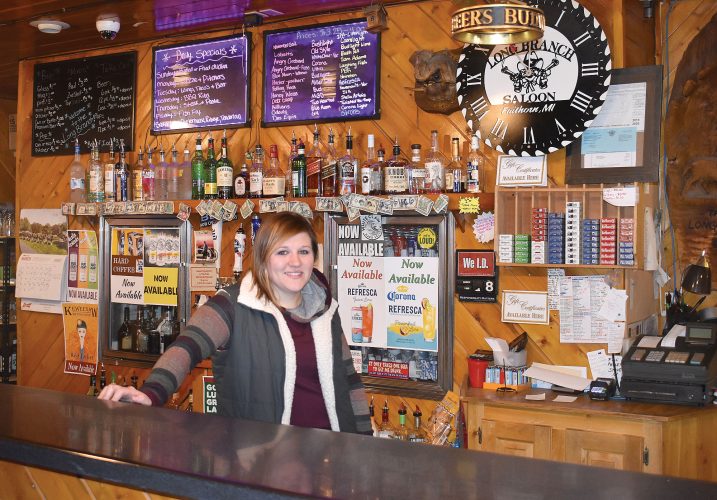 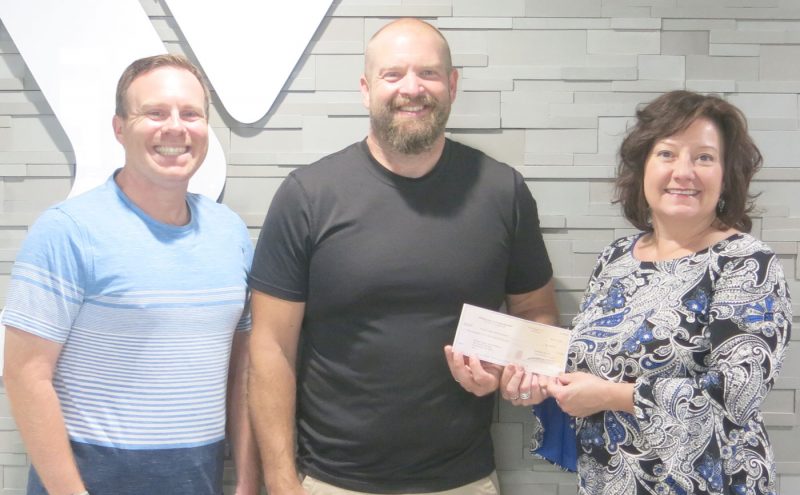