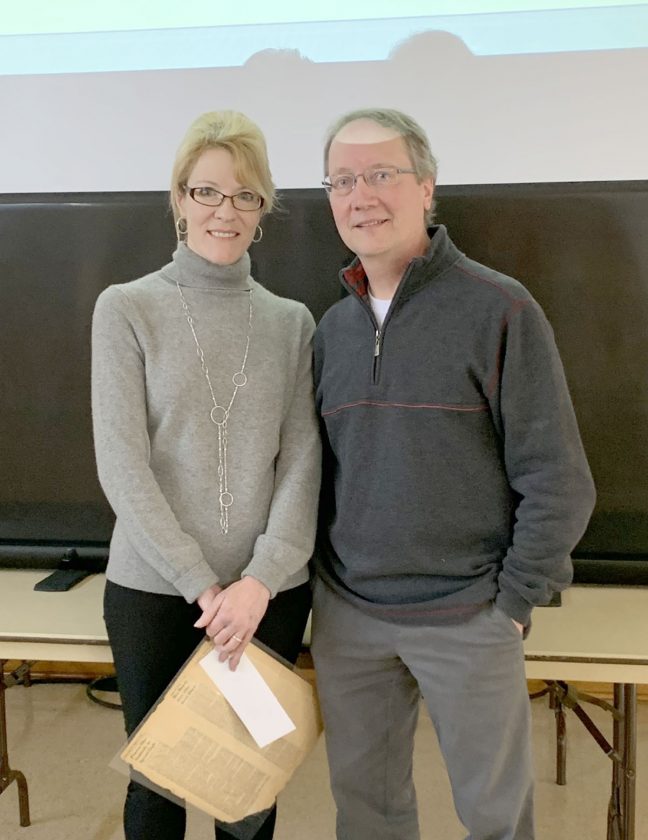 KINGSFORD — First, the body is still trying to adjust to the time change. Then the snow keeps showing up a little here and there. Ready or not — sweaters, hats, mittens and coats are taking over the closet space. Golden K members just shrug off the chill and prepare for their Monday meeting.

With the coffee aroma floating through the hall, Bill Roberts, November chairman, gathers the group. Sue LeDuc brought her warm smile along with her music books and with director, Don Pedo by her side at the piano. Everyone is set to brighten the day with some lively “oldies.”

Happy Birthday to Mary Bugni on Nov. 2. Happy Anniversary to Jim and Susan Benzing on Nov. 6 and congratulations to Ben Determan for winning the 50-50 drawing. The Happy Dollar sports fans were strangely quiet. Others were happy for guests Keith and Jayna Huotari or just living in the U.P. and enjoying all the Halloween festivities.

Keith and Jayna Huotari share a passion for history. With a narration using a visual, they took the Golden K on a journey following the life of Samuel Bassett, a Civil War veteran. Bassett was born in Maine. He left footprints from Maine to Michigan. His ventures took him to Boston, working as a locksmith and then into the Civil War, where he joined the Voluntary Infantry. His first battle was Bull Run in 1861. Since there was no particular uniform for either side — the Battle at Black River — had men trying to identify who was who in battle. The Frederick’s Battle was a run uphill firing at men hidden behind a wall. Since technology was unavailable in the 1800s all battles were mostly on the ground and hand to hand combat. Many thousands of causalities occurred in each and every battle on both sides.

During the War, Bassett spent a time in the Point Look-out Hospital, Maryland fighting Typhoid fever. He overcame that battle and went back into the war. He rubbed some very important elbows throughout his military service. One being Abraham Lincoln with his signature top hat and beard, who had come to visit the men in the field of battle. Taking time to shake each one’s hand.

After the service, he married his “little girlie” as he fondly referred to Catherine Powers. She also has ties to the city of Powers and there in lies a story of how it got its name. He and Catherine moved around the area — Marinette, Norway, Vulcan, Quinnesec and finally arriving in Iron Mountain. They resided on the Eastside.

Bassett worked at the library as a janitor. He could be seen walking downtown and was easily identified by his manner and mustache. He and Catherine enjoyed the movie theaters.

As the Huotaris unveiled the story and the ties to the area it became clear this was a unique individual who implanted intriguing history that can be found in and around this community.

Take time one day to read the inscriptions of the memorial in front of the courthouse also the library, where it used to be. Walk through the cemetery, pause at the cannon, the Unknown Soldiers markers and the many other veterans markers scattered throughout and you may come across Samuel Bassett. A kind gentleman who served his country admirably as well as this community where he lived until his death at the age of 99.

He was a Civil War veteran, a member of the Grand Army of Republic, where he got real uniforms and medals, and a life member of Kiwanis. He worked elections, made every parade, member of the American Legion, made the newspapers on various occasions and attended the reunion of Veterans in |Gettysburg. He never missed an opportunity to give back to his country in any way he could and always with Catherine, his “little girlie,” by his side.

The general meeting for the Golden K will be Nov. 11. Remembering Veterans Day there maybe a story or two from the Golden K veterans. The Golden Throats will sing at 2 p.m. Wednesday at ManorCare in Kingsford.

How to avoid caregiver burnout

By TERESA BROULLIRE Aging and Disability Resource Center of Florence County Stress can wear out caregivers if ... 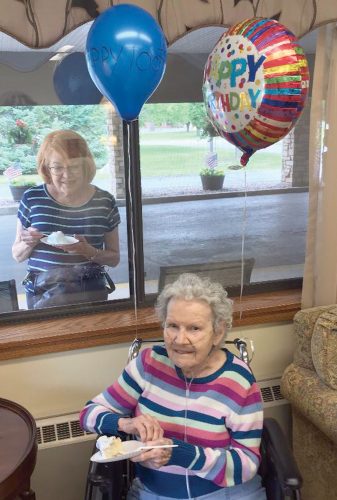 My husband always gets a little nervous whenever I start a sentence with the phrase, “You know, I’ve been ...

By MARIA BOURNOVILLE Aging and Disability Resource Center of Florence County The terms “dementia” and ... 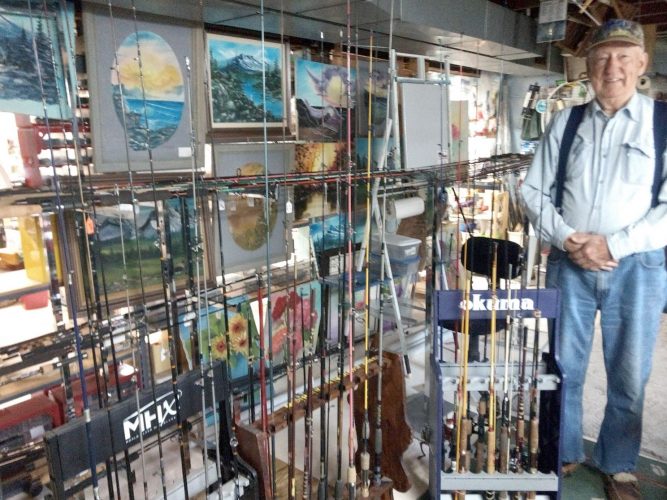