MARINETTE, Wis. — Tickets are hot for Theatres on the Bay’s summer sensation “Mamma Mia” this weekend on the University of Wisconsin-Green Bay’s Marinette Campus.

Appropriate and fun for audiences of all ages, “Mamma Mia” has proven popular throughout the U.S. where it premiered on Broadway in 2001. After a long Broadway run and an extensive professional tour, rights only have recently been released for non-professional companies. Music and lyrics are by Benny Andersson and Bjorn Ulvaeus, with some songs developed with Stig Anderson. The book is by Catherine Johnson, and the show was originally conceived for the stage by Judy Craymer. Martin Koch also developed additional materials for “Mamma Mia.”

In the musical, Sophie Sheridan, played by Jacqueline Nutter of Menominee, is getting married to Sky, played by Noah Steffen of Marinette — but she doesn’t know who’s walking her down the aisle. Sophie has no idea who her real father is, and her mother, Donna Sheridan, played by Jennifer Rickaby of Marinette, is no help. According to Donna’s diary, three different men could be Sophie’s dad. Sophie secretly invites all three to the wedding, hoping to answer her question by bringing them all together at her home on the sunny Greek island of Kalokairi. Is it Sam Carmichael, played by Dave Rickaby of Marinette, who left Donna years ago? Maybe it’s world traveler Bill Austin, played by Glenn Sellen of Sobieski, Wis.? Could it be headbanger-turned-London banker Harry Bright, played by James Porras II of Menominee?

Donna’s “Summer Nights” taverna bustles with preparations: Sophie’s bridesmaids Ali, played by McKenna Carvenough of Amberg, Wis., and Lisa, played by Michaela Kaiser of Oconto Falls; Sky’s best friends Pepper and Eddie, played by Bailey Boutin and Ben Everson, both of Marinette; and Rosie and Tanya, played by Kari Moody of Oconto and Brittany Welch of Marinette, who once were part of Donna’s musical trio, The Dynamos. All are on hand to help, along with Father Alexandrios, played by Tristan Schuh of Menominee, to officiate at the wedding.

Tickets are $18 for adults, $16 for patrons 65 and older and $14 for students with ID (additional ticket fees apply). Tickets for reserved seat sare on sale now at tinyurl.com/mammamiatob. Tickets also may be purchased at the theatre box office one hour before every performance.

Other shows in the upcoming Season of Laughter are “Reckless” by Craig Lucas and Oscar Wilde’s classic, “The Importance of Being Earnest.”

Dear Heloise: I love to collect seashells when I’m on vacation. I was wondering if I’m allowed to bring home ... 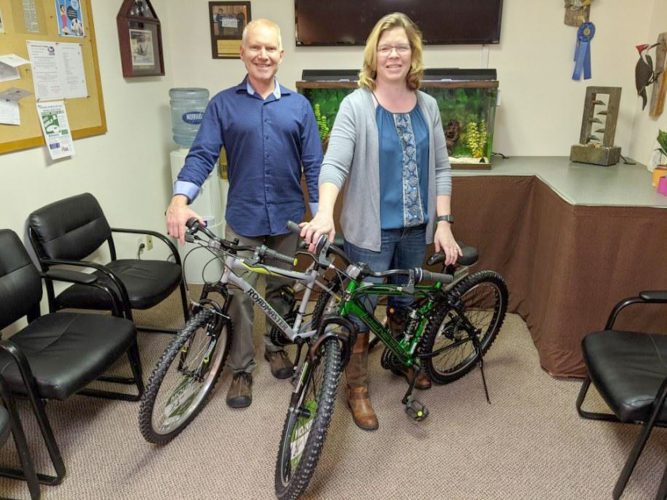 Misconduct and abuse should be reported

Dear Annie: I am a senior woman. Recently, my husband, our adult son and my caregiver have been bullying me. It ... 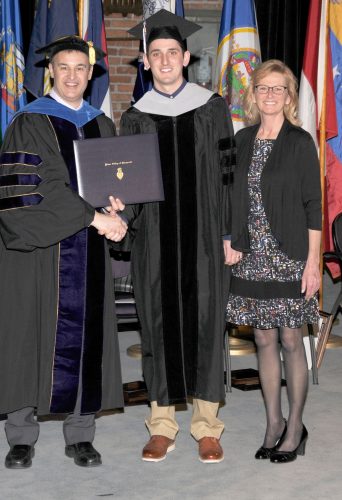 MARQUETTE — When people think of scouting, they envision a campout. As the states of Michigan and Wisconsin ...