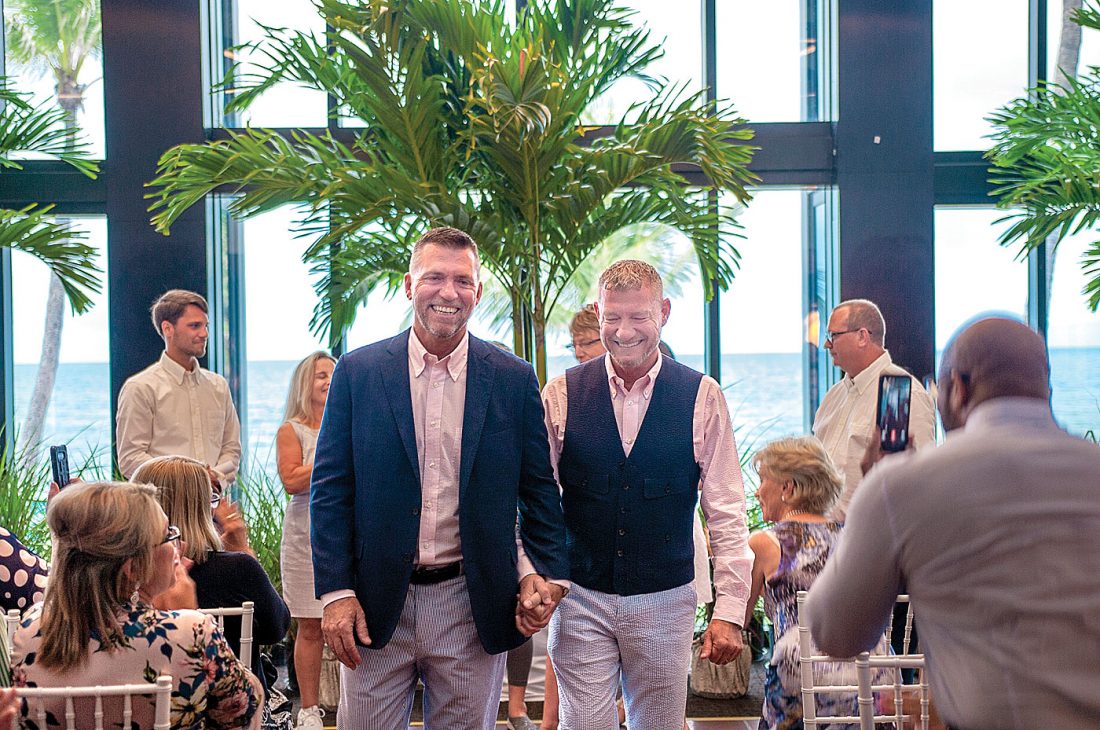 Dr. Ann Moody Lewis, of Fort Lauderdale, Fla., officiated before a gathering of 50 family members and friends at the Tideline Ocean Resort and Spa.

Rico is the son of Ricardo and Marjorie Baca of Lake Charles, La. He previously owned businesses in the beauty culture industry.

Dinner and dancing followed the ceremony.

A champagne wedding brunch took place the next morning at The Circle dining room of The Breakers Palm Beach.

In addition to owning Palm Beach Modern Auctions, Wade and Rico co-own Urban Culture Auctions and Objects20c Gallery. All are based in West Palm Beach. They serve as advisors to the Ann Norton Sculpture Gardens in West Palm Beach and support numerous other area nonprofits through their businesses’ charitable initiatives.

The couple is currently on a month-long honeymoon in Europe.

They reside in West Palm Beach.

IRON MOUNTAIN — To commemorate the 25th anniversary of Donna Lusardi’s passing, the family this year awarded ...