MENOMINEE — The Milwaukee Symphony Orchestra will return to Blesch Auditorium in Menominee at 7:30 p.m. Wednesday.

Under the theme Russian Romance, the 60-plus musicians will present an all-Tchaikovsky program.

The concert will begin with “Capriccio Italien” which Tchaikovsky composed after a trip to Rome. The popular piece reflects the sounds and sights of Italy enjoyed by the composer, concluding with a lively folk dance called tarantella that will have the orchestra members playing furiously.

The concert will continue with one of Tchaikovsky’s most popular pieces, the “Romeo and Juliet Overture Fantasy.”

The story of Shakespeare’s young lovers is brought to life in the composer’s first big hit, featuring battle scenes countered by the recognizable love theme.

The second half of the program will feature Tchaikovsky’s dynamic “4th Symphony.” Composed during a stormy time in his life, the symphony is full of emotion and passion.

Attendees will have an opportunity to learn more about these pieces during a pre-concert talk from 6:30 to 7 p.m. in the auditorium, presented by the conductor, Yaniv Dinur. Those not attending the pre-concert talk will be seated after 7 p.m.

Individual tickets for the concert will be $25. Tickets for students in grade school through college will be $10. Tickets are available at the Marinette-Menominee Area Chamber of Commerce and at all three Jack’s Fresh Market locations in Marinette and Menominee.

Tickets also can be obtained through the mail by sending an order to Symphony Tickets, 601 Marinette Ave., Marinette, WI 54143 along with a self-addressed stamped envelope. Tickets will be available at the door as well.

Dear Annie: Only a FaceTime away

Dear Annie: I have never written to a columnist in my 70 years, but “Sad and Somewhat Angry Granny,” whose ...

IRON MOUNTAIN — The Just Cruizin’ car club has planned a dinner get-together for Thursday.  Members and any ...

Over the last year I have spent many nights and weekends attending veteran service organization meetings and ...

Hints from Heloise Dead end for the mail?

Dear Heloise: I wonder how MAIL TO A DECEASED PERSON gets handled by the post office. Does someone have to notify ... 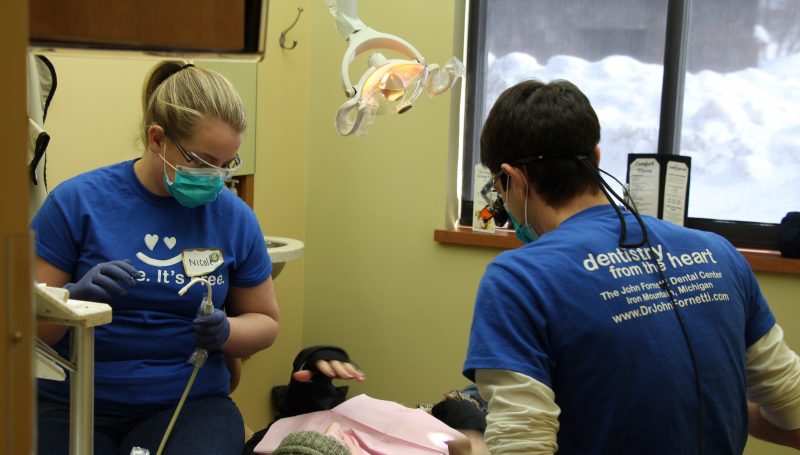 Dentistry From The Heart set for Saturday

IRON MOUNTAIN — As an extension of our community grief groups, OSF Hospice will host a luncheon for bereaved ...