On the Road Again group travels to Canada 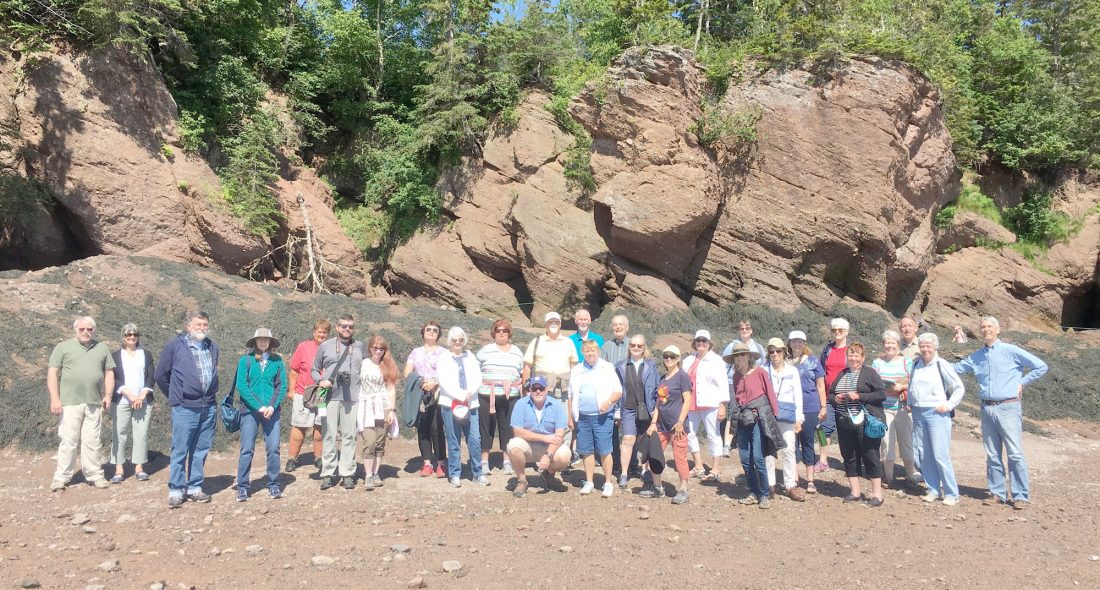 NORWAY — Members of the local tour group On the Road Again had the opportunity to travel throughout the Canadian Maritimes in July with fellow travelers from many localities in the United States and Canada.

The group arrived in Halifax, Nova Scotia, three days before the beginning of the tour so that they could attend the Royal Nova Scotia International Tattoo, which consisted of military marching bands, drill teams and other precision groups from around the world.

“The most dynamic and awe-inspiring presentation of all was that of the United States Army Precision Drill Team,” said Judy Ball, local group member. “They didn’t miss a beat.”

While the group was waiting to begin the tour, they were able to enjoy the beautiful city of Halifax. They strolled along the city’s large natural ocean harbor under blue skies while basking in warm summertime temperatures. They also learned about the city’s history while riding the Harbor Hopper on both water and land.

Upon the arrival of the rest of the tour members, members explored the Fairview Lawn Cemetery, where many Titanic victims are buried, and walked among the flowers of the Victorian-era Halifax Public Gardens.

They took a paid guided visit to the Canadian Museum of Immigration at Pier 21, where one of our group members found information regarding her grandfather’s arrival in Canada.

“How exciting is that?” Ball said.

After leaving Halifax, travelers headed east to Peggy’s Cove, with its stunning view of the rugged Atlantic Coast and its iconic lighthouse. They passed through Mahone Bay near to Oak Island, which has been made famous by Kingsford natives, brothers Rick and Marty Lagina.

The next morning, travelers explored the Bay of Fundy, a natural wonder that boasts the largest tidal change in the world. Their adventure continued with a walk on the ocean floor during low tide at Hopewell Rocks Provincial Park. They then headed for Prince Edward Island by way of the Confederation Bridge — the world’s longest bridge to span ice-covered water.

A traditional Acadian dinner at the Acadian Musical Village was enjoyed in the evening.

“We sampled pork and chicken pie, a potato dish topped with molasses, and hominy corn,” Ball said. “The group was also treated to traditional Acadian music — the fiddler was outstanding.”

Travelers then made their way to Charlottetown. Following a guided tour of the city the next morning, they became more familiar with Prince Edward Island as they drove to Cavendish Beach, which runs along the Gulf of St. Lawrence, and to Silverbush, the home and farm that inspired Lucy Maud Montgomery’s “Anne of Green Gables” novels.

The next day, the group left the island on the Wood Islands Ferry and returned to Nova Scotia.

The band of adventurers arrived at the village of Baddock along the shore of Bras d’Or Lake on Cape Breton Island. They were able to spent time in the Alexander Graham Bell Museum, which pays homage to the life and work of the famous inventor.

“We experienced breathtaking views of the ocean and mountains as our group journeyed along the Cabot Trail through Cape Breton Highlands National Park,” she said.

That evening, some members of the group enjoyed a sailboat excursion on Bras d’Or Lake.

As the group returned to Halifax, they learned more about the history of the First Nations and the Acadians at stops along the way. Some members of the group then flew from Halifax to St. John’s, Newfoundland, where they stayed in the Jag Hotel, named after Mick Jagger. Travelers familiarized themselves with the many sites and history of the city and spent time at the Cape Spear National Historic Site — the most easterly point of North America.

The last and probably most unforgettable, highlight of this trip was the whale watching cruise on the Atlantic, witnessing many whales.

The next adventure of the On the Road Again Tour Group is planned for September 2020. At this time, they plan to travel through Hungary, Austria, Switzerland and Liechtenstein to Germany for the Passion Play. In September 2021, they invite everyone to travel with them to Athens and the isles of Greece. Then in 2022, a Scandinavia: The Capitals and the Fjords trou is set. 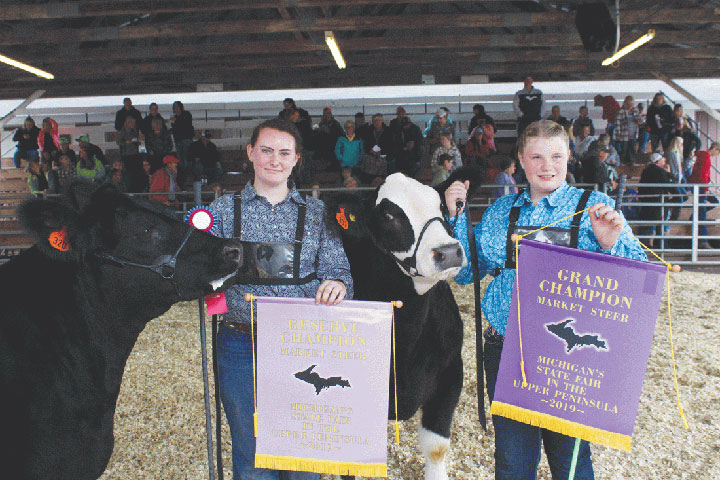 Looking to demolish this relationship

Dear Annie: My husband is in his late 50s and works in road construction. Every time that he is assigned to a job ...

Lady of the Longriders donation

KINGSFORD — The Breen Center Thrift Store has reopened. The store will be open from 9 a.m. to 1 p.m. Tuesdays, ...