Dear Annie: This is in response to your column concerning people who wanted to notify authorities about their neighbors’ children playing together during COVID-19 times. I would say that if they are not invading your space, leave them alone. You have the right to self-isolate and will be protected if you do so.

I think they are worried about continuing the spread of the virus, but reporting them for playing together is overstepping all boundaries. What if it became illegal to gather in small groups to worship God, and people starting spying on their neighbors?

This is the start of government control that can get completely out of hand, as in communist countries.

On the other hand, I recently encountered a man coming into a building talking to me when he wasn’t supposed to be in there. A week later, he was very sick and soon died of the virus. That was not good behavior. But as long as you are not being invaded, I say MYOB. — Aggravated

Dear Aggravated: Many readers wrote to complain about my answer to Nervous Neighbor in New Jersey, which I wish I could take back. However, you and I are in agreement, and I appreciate your balanced approach.

Dear Annie: Your answer to Nervous Neighbor was terrible. Your first comment was yes, call the hotline. Rat on your neighbors. It’s OK. You did add a “but” and say that a good plan would also be to contact them somehow and communicate concerns that way.

The part that I’m concerned about is your glib comment about ratting on one’s neighbors. Doesn’t a hotline where we can report each other to the authorities concern you at all? This really is Nazism at its best.

Also, Annie, did you consider that those kids have been playing together now for a month without getting sick? It’s too late for social distancing in that case.

But my concern — mostly — is how easily we think we’re helping things when we let Big Brother know how someone else is not behaving. Say bye-bye to freedom when that becomes the rule. — Freedom Lover

Dear Freedom Lover: The more I think about it, the less I like the idea of hotlines for snitching on our neighbors. You make a good point, and I appreciate that you took the time to correct me. Here are two more letters that let me have it. I especially like the reference to World War II, when spying on neighbors led to so much bloodshed and loss of freedom.

Dear Annie: Your advice was alarming. Did the parents first talk to their neighbors about their concern? Was the real concern that their kids felt left out? That hurts, but to report on neighbors without talking to them is communistic. And did they consider the fallout that their tattling might cause?

Their children might lose their friends after this is over. As long as the neighbors were not hurting Nervous Neighbor’s children or running on their lawn or luring their children to their houses, it was none of their business. It was a hardship, but that’s what we put up with in a free country. They should decide what was right for their family, stick to it and mind their own business. America is still a free country. — Correcting Poor Advice

Dear Annie: Telling on neighbors for having friends over? As the daughter of a librarian who has read so many World War II books, I can tell you that this is exactly what some neighbors did in reporting on others to the state. — Goodbye

Go to http://www.creatorspublishing.com for more information. Send questions for Annie Lane to dearannie@creators.com.

“Literacy is a bridge from misery to hope.”— Kofi Anan “A parent or a teacher only had a lifetime; a good ...

Lumberjack Steam Train is open for the summer

LAONA, Wis. — The Lumberjack Steam Train in Laona, Wis., once again is running the rails taking visitors to the ...

Today’s Sound Off is about the high cost of getting married: Dear Heloise: My daughter and her fiance came to ...

IRON MOUNTAIN — Dickinson County Community Theatre and The Braumart will host the Children’s Drama Camp at the ...

Anxious to the point of paralysis

Dear Annie: As birthdays and important holidays approach, like the recent Father’s Day, I am forced to reanalyze ... 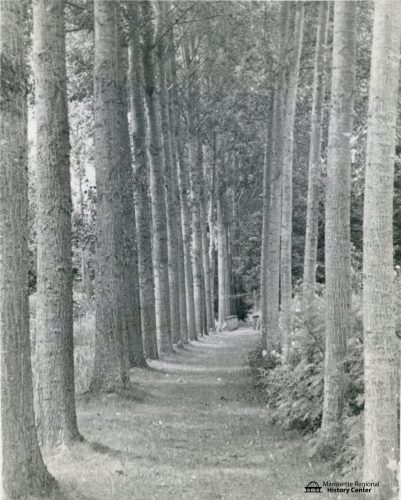