MADISON, Wis. (AP) — Wisconsin Gov. Tony Evers said Wednesday that he plans to seek federal approval to restart a long-stalled project to expand a 3.5-mile stretch of Interstate 94 around Milwaukee.

Then-Gov. Scott Walker abandoned the project in 2017, when it came with a price tag close to $1 billion. The plans were to expand the east-west corridor from four to eight lanes to ease congestion in a stretch identified as one of the most dangerous in the state that runs from the Marquette interchange at 16th Street to the Zoo interchange at 70th Street.

“Investing in our infrastructure is critically important for our economy,” Evers said in a statement announcing the plans to restart the project. “Moving forward on the I-94 East-West corridor project will mean between 6,000 and 10,000 good jobs and will ultimately save lives, reduce travel times and help businesses across our state.”

It will take 12 to 18 months to do the necessary preliminary work, including public comment periods, traffic analysis and environmental studies, before approval can be sought from the Federal Highway Administration, said Craig Thompson, secretary of the state for the Department of Transportation.

The department planned to look at options to rebuild and expand the section that will increase safety and improve travel times, while preserving local historic grave sites and the current number of interchanges. The stretch of interstate has become a bottleneck now that work on expanding the Marquette interchange is complete and the Zoo interchange is nearly done, Thompson said.

Thompson had advocated for the project when Walker was governor. At that time, Thompson was executive director of the Wisconsin Transportation Development Association, a group representing road builders.

Given that it will take more than a year to get federal approval, state funding likely wouldn’t be requested until the budget that’s submitted to the Legislature for approval in 2023, Thompson said. Evers’ term runs through 2022, meaning that the continuation of the project might be up to another administration.

In 2017, the state portion of the project was estimated to be $852 million. That figure will be updated once all the new studies are completed, Thompson said.

Evers said delaying the project would only increase the cost, “so getting to work on this project is good common sense.”

Reviving the project drew praise from Republican state Rep. Joe Sanfelippo, of New Berlin, who has advocated for it for years. He called it an “uphill battle at times” but that completing the project “will ensure that the maximum potential of our infrastructure investments in the Marquette and Zoo Interchanges will be fully realized.”

The previous plan to expand the stretch to eight lanes was challenged in a federal lawsuit by civil rights and environmental groups challenging the state’s decision to spend billions of dollars on highway expansion while cutting money for transit services. That case was dismissed after Walker abandoned the highway project three years ago.

The corridor to be rebuilt and expanded has a crash rate two and a half times higher than similar state highways, Evers’ office said. Thompson said improving the section, along which almost half of the state’s exports leave Wisconsin, will make businesses all over the state more competitive. 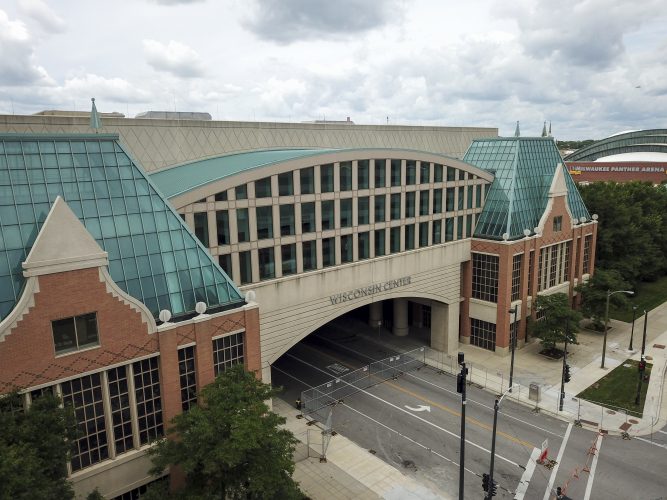 Evers: No plan to close schools, will let locals decide

MADISON, Wis. (AP) — The Wisconsin Legislature should act as quickly as this week or next to strike down Gov. ...