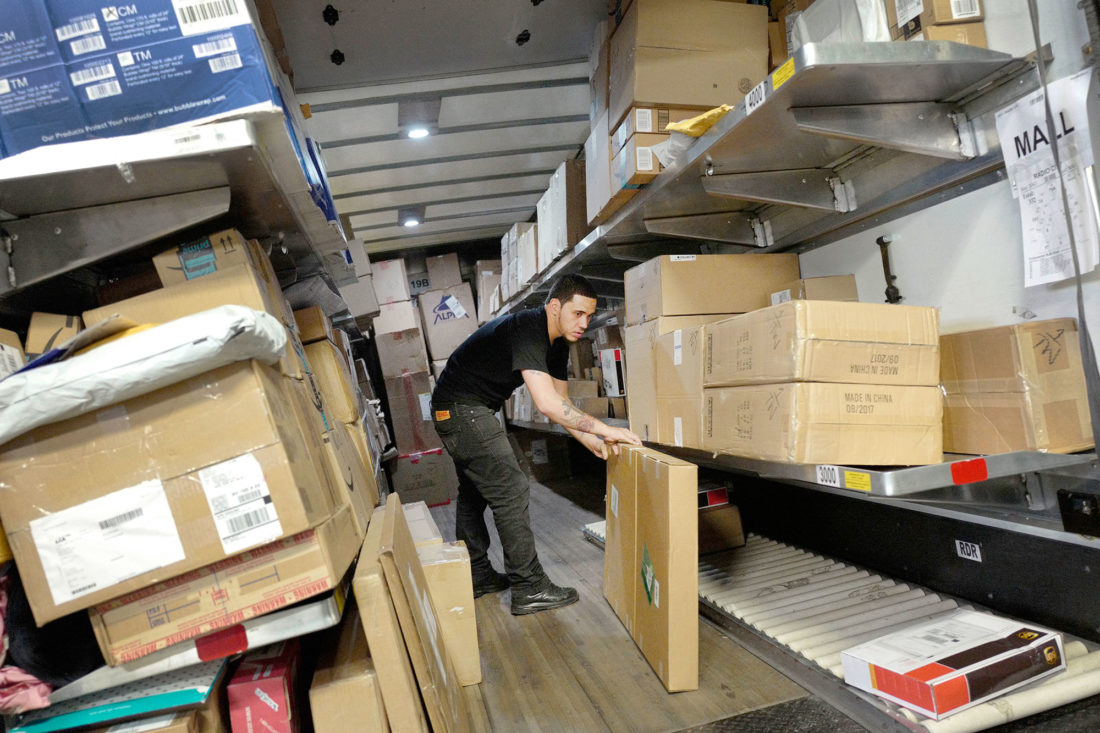 A UPS EMPLOYEE loads packages onto a truck at a company facility in New York. UPS plans to hold nearly 170 job fairs around the country Oct. 19 in an effort to attract workers for the holidays. (AP Photo/Mark Lennihan, file)

WASHINGTON (AP) — Companies that depend on holiday season sales will need more workers at a time when the ranks of the unemployed have dwindled to their lowest level since the recession.

Envisioning an even tougher struggle than in recent years, many are taking steps they’ve not tried before to recruit seasonal workers like offering higher pay, dangling bonuses and providing more full-time, rather than part-time, work. Some warehousing companies that fear they still won’t be able to fill enough jobs, are turning to automation.

Meanwhile, the U.S. job market is the tightest it’s been in five decades, consumer confidence is near an 18-year high and online shopping is surging.

“I can’t remember the last time it was this tight,” said Tony Lee, a vice president at the Society for Human Resource Management. “You are going to see a real battle for seasonal employees.”

At 3.7 percent, the unemployment rate is at a 49-year low, and the government says a record 6.9 million job openings are being advertised — more than the number of unemployed Americans.

With more job seekers able to choose among employers, many companies have rushed to begin their seasonal hiring earlier than before. Kohl’s, the nationwide discount chain, with 1,100 stores, tried to get a jump on its rivals by advertising seasonal jobs back in late June.

UPS is holding its first-ever nationwide job fair next week. In 170 locations, applicants can have interviews on the spot, and driver candidates can schedule a road test. On its job-fair day — which it’s dubbing “Brown Friday”— UPS hopes to hire up to 40,000 of the more than 100,000 seasonal workers it will need.

Sakeria Crawford, who will start a start a seasonal package-handling job with UPS next month, will earn about $13 an hour — the most she’s ever made.

“I’m very, very happy that I even have the opportunity,” said Crawford, 24, of Atlanta, who has a 3-year-old son. “I need something stable.”

Target wants to hire 120,000 seasonal workers, 20 percent more than last year. The company has raised its starting wage by a dollar to $12 an hour. Applications jumped 20 percent in the first week after they were announced compared with the same period last year, according to Angie Thompson, a Target spokeswoman.

The company is further raising its minimum wage, in stages, to $15 by 2020. Yet Amazon beat it to the punch just last week by announcing that it would boost its starting hourly wage to $15 on Nov. 1.

“It’s an investment in the future growth of the company and to ensure that we can continue to hire, retain, and develop the best talent for years to come,” said Dave Clark, Amazon’s senior vice president of worldwide operations.

Amazon, the nation’s second-largest private employer after Walmart, says it wants to hire applicants quickly. Its online job ads stress not what is required but what isn’t: “No resume. No interview.” Meanwhile, Walmart plans to manage the holiday rush by providing more hours to its part-time workers, a step it implemented just two years ago.

Indeed, retailers are posting far more full-time jobs compared with last year, and fewer part-time positions, according to research by Indeed, a job-listing website. The proportion of retail jobs that are part time, like sales associates at clothing stores, plummeted this year compared with 2017.

With lesser resources, smaller retailers are struggling to keep up with the higher pay and greater perks. Steve Fusek, who owns Fusek’s True Value Hardware in Indianapolis, says he had already found it a challenge to find workers who could reliably show up on time.

Radial, an e-commerce company based in King of Prussia, Pennsylvania that fills online orders for such retailers as Shoe Carnival, PetSmart and Kate Spade, has had to offer more perks than before. It wants to recruit more than 20,000 workers for its 22 distribution centers and five customer call centers.

Sean McCartney, an executive vice president, said Radial raised hourly pay for its holiday workers in four more markets than it did last year, though he wouldn’t say which ones. The company is also offering bonuses of $1,000 or more in the most competitive markets to those who work during the crucial “Black Friday” weekend after Thanksgiving.

That bonus is helping keep Linda Connor-Lewis happy about her job packing online orders at Radial’s warehouse in Louisville, Kentucky, even though her email inbox is stuffed with invitations to job fairs at rival companies. Though Connor-Lewis, 54, already has a permanent job with Radial, she plans to work 30 more hours of work a week on top of her current 40-hour schedule and expects to earn more in holiday bonuses than she did last year.

At XPO Logistics, a firm that specializes in shipping appliances, furniture, and other large items that Americans are increasingly willing to order online, plans are to hire 8,000 workers — one-third more than last year. XPO is also installing 5,000 robots in its warehouses in the United States and Europe.

“The combination of man plus machine is the best way to give our customers an edge,” said Bradley Jacobs, the company’s CEO. 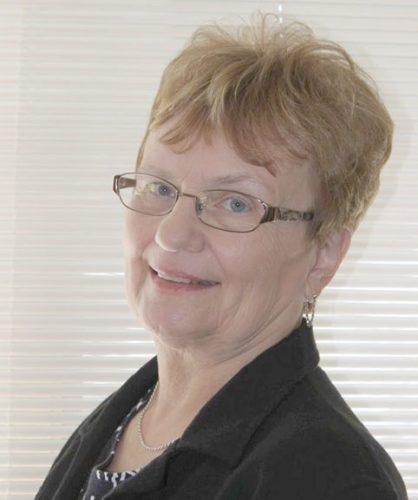 ANTIGO, Wis. — The CoVantage Cares Foundation has awarded a total of $382,183 to non-profit groups in communities ... 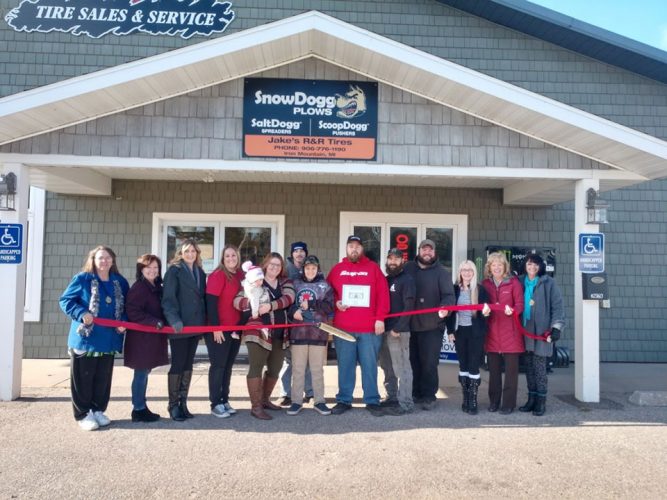