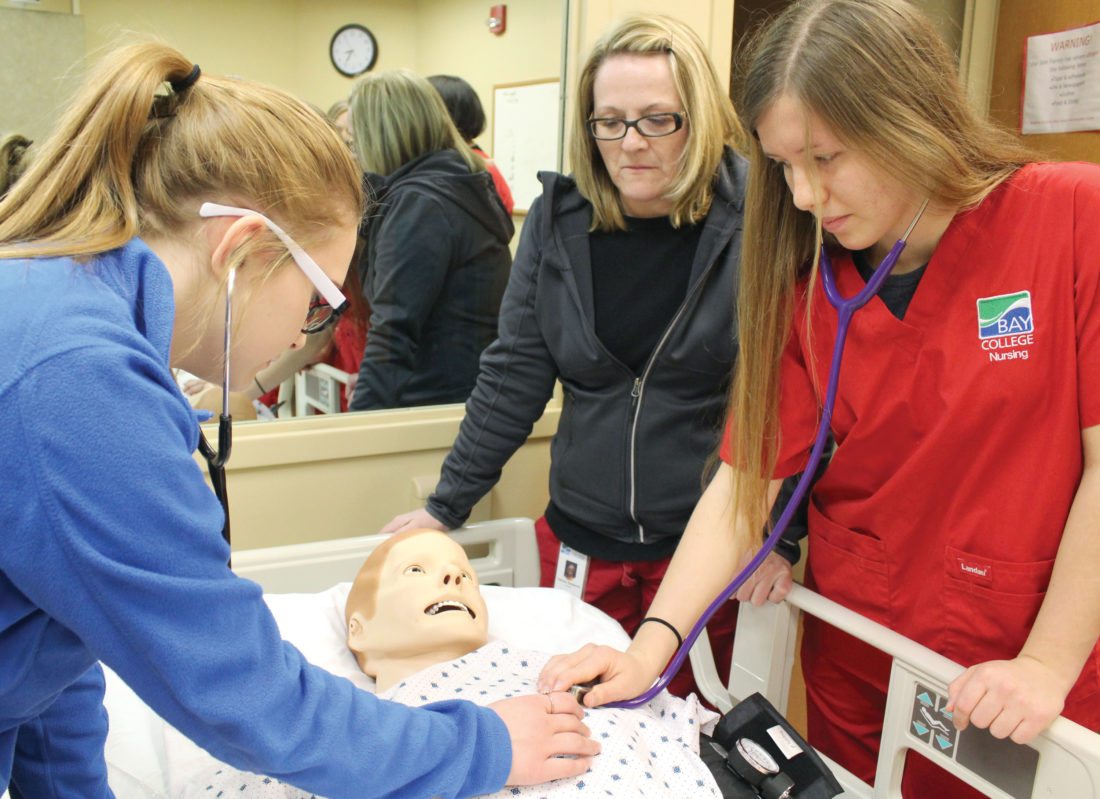 The program allows students to take college courses while in high school, putting them on track for an advanced degree well before they graduate from high school, while saving money on higher education.

“We want to empower our students to pursue what they are going to be passionate about in life, because that is what makes you competitive in that field,” Iron Mountain Superintendent Raphael Rittenhouse explained.

After being home schooled most of her life, Formolo was ahead of a number of her high school peers. She tested out of English, math and history classes last year and found herself bored in others. 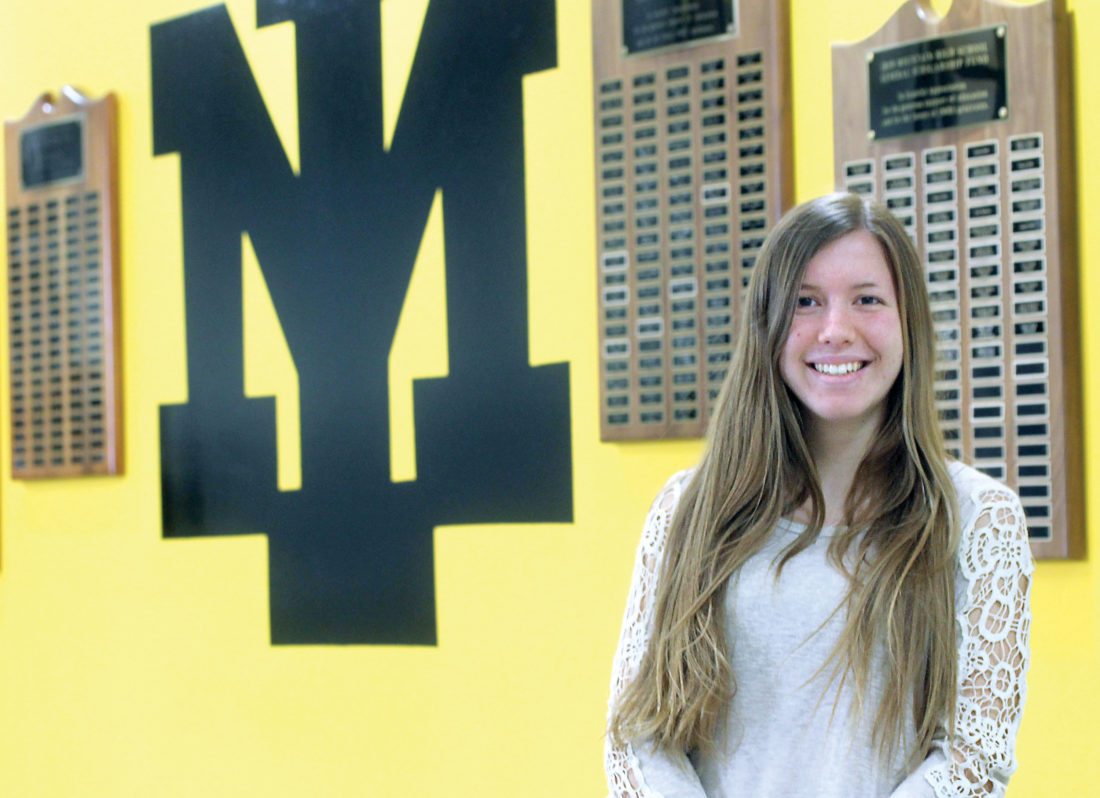 Mia Formolo in the hallway at Iron Mountain High School, where the junior is participating in dual enrollment in the nursing program at Bay West. (Theresa Proudfit/Daily News photo)

So when dual enrollment popped up as an option, she began asking questions about the program.

Finding the program “challenging and engaging,” the junior carries a 3.87 grade point average in her high school classes and a 3.67 GPA in college. She will have almost 70 college credits under her belt when she leaves high school.

“It’s all mapped out, so if all goes well and I don’t fail any classes, I should graduate May of my senior year with my associates RN,” Formolo said, adding, “It’s cool to feel like I am working towards something bigger while I’m in high school. I like to learn; I’m kind of a nerd that way.”

Rittenhouse said 40 students are taking about 60 different classes at Bay College. Students are allowed to take 10 college courses over their high school career.

Although the high school does have to cover tuition for dual enrollment — Rittenhouse admits to being concerned about how the school will pay for the program consistently over time, saying, “We need to look to our legislature for help” — he considers it worth the cost.

“Just like we have students that struggle in learning, we also have a little money to help talented and gifted students who rise to that level. It’s never more than a small percentage that need that, but for those that need it, it is life changing,” he said.

“I’m paying for all of my own college; my parents aren’t helping with college,” Formolo said. “So I will do anything I can do to help with cost.”

He also credits the Pathway Program at Iron Mountain schools, which helps guide students on how to identify and pursue potential future careers beginning in fifth grade.

“We educate them to know what their options are,” he said. “We want them to go where they need to go, to get the next level of knowledge, where ever that leads them.”

That doesn’t mean the core curriculum has become less important.

“Our staff here are really, really experienced teachers. We know the value of what the kids are getting in their core requirements. We want them to take the core with our teachers and take the other classes as electives,” Rittenhouse said, adding, “Our leadership team and our guidance office, we spend a lot of time answering questions for our families.”

Rittenhouse also recommends students research the college before starting any program. Some colleges insist on a series of coursework, not just a single class, so it pays to know each schools’ requirements before enrolling and have a solid rapport with the admissions department at the college.

So far Iron Mountain has had good results with the program. “Our kids are doing well, the program has been successful,” Rittenhouse said.

“Iron Mountain has been great about letting me move forward, “ said Formolo who appreciates the opportunity. “Mr. Rittenhouse is amazing. He totally wants kids to push their limits. He lets you explore what you are good at.”

With a long-term goal of doing mission work in third-world countries, Formolo thinks having a background in the medical field makes the most sense.

“I’ll have that degree for my entire life … with a nursing license, I can practice anywhere in the world,” she said.

She encourages other students to follow her lead and take advantage of these opportunities while still in high school.

“It’s a huge blessing to be able to push yourself and get credits in classes that interest you,” Formolo said. “I really hope other kids use this program.”

Mia Formolo in the hallway at Iron Mountain High School, where the junior is participating in dual enrollment in the nursing program at Bay West. (Theresa Proudfit/Daily News photo)