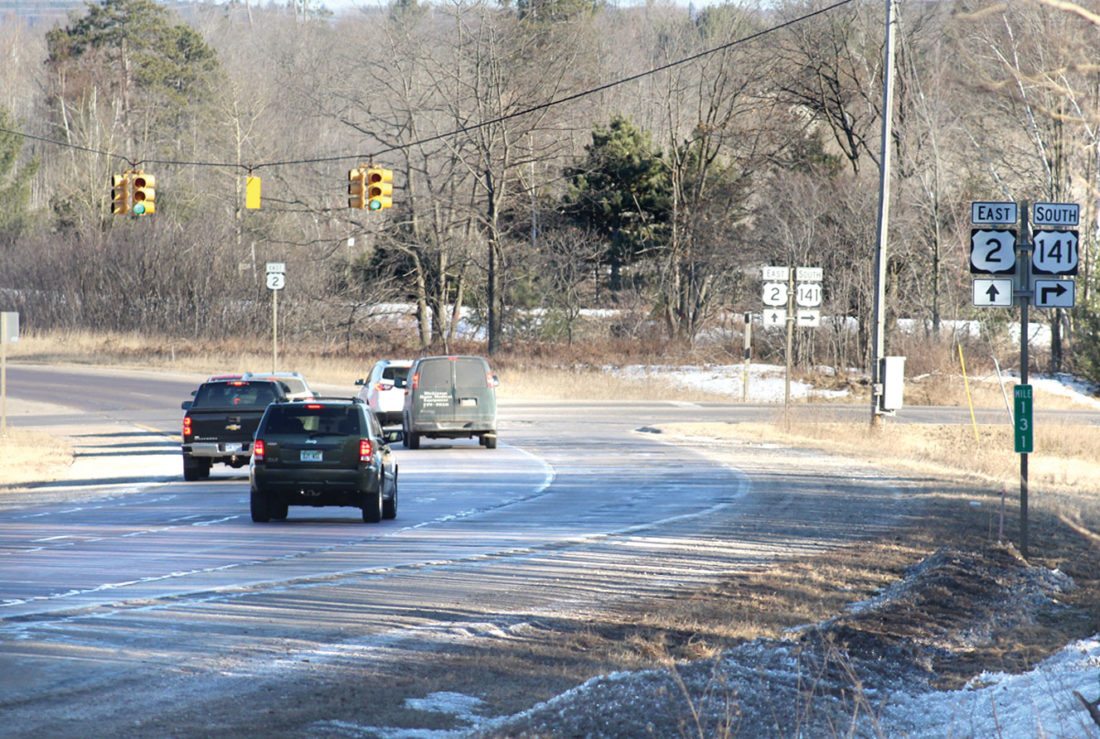 TRAFFIC MOVES THROUGH the U.S. 2/U.S. 141 junction in Quinnesec. The Michigan Department of Transportation will reconstruct the intersection this summer as one of several road projects in Dickinson and Iron counties. (Theresa Proudfit/Daily News photo)

IRON MOUNTAIN — It may only be the first week of spring, but the summer road construction season is just around the corner, with several major projects planned for both Dickinson and Iron counties.

The Michigan Department of Transportation has work slated for the U.S. 2/U.S. 141 junction in Quinnesec, M-95 from Channing to the Marquette County line, Carpenter Avenue from Woodward Avenue to U.S. 2 in Iron Mountain, and U.S. 141 from Basilio Road to the Baraga County line in Iron County’s Hematite Township.

On the local level, the Dickinson County Road Commission has proposed projects in Breitung, Norway, Waucedah and West Branch townships, as well as county-wide maintenance work.

Work at the U.S. 2/U.S. 141 intersection — also known as the South Junction — will start in mid-May and should be complete by early September, MDOT Communications Representative Dan Weingarten said.

The project originally was slated for 2016 but delayed for two years while MDOT negotiated with an adjacent property owner.

But now that the $3.05 million project has the green light, MDOT will realign the South Junction in a similar manner to what it did at the North Junction of U.S. 2 and M-95 last year.

One lane will be maintained in each direction, with a short-term detour for southbound U.S. 141 traffic using Third and Lincoln streets in Quinnesec.

Another MDOT project starting in mid-May and set to end in early September is the $3.7 million reconstruction of 9.5 miles of M-95 north of Channing.

Workers will “crush and shape” the old pavement and then put down two courses of new asphalt, Weingarten explained. The project also includes reconstructing the railroad crossing and adding drainage improvements.

An alternating lane will be open under flag control during work hours, and one lane in each direction will be open during non-work hours.

MDOT will resurface Carpenter Avenue in Iron Mountain between August and early October.

The $750,000 project consists of milling and resurfacing the pavement to extend its usable life, and upgrading the sidewalk ramps to meet Americans with Disabilities Act requirements, Weingarten said.

Traffic will be maintained under flag control.

In Iron County, workers will do crack treatment, resurfacing and shoulder work on 8.9 miles of U.S. 141 north of Basilio Road, Weingarten said.

Traffic will be maintained under flag control.

Proposed DCRC primary road and local road projects are listed below by township. Some projects have not yet gone out for bid and await final township board and/or road commission approval, DCRC Superintendent James Harris said.

— Breitung Avenue – Mill and pave from the Kingsford city limit to near Hydraulic Falls Road.

— County Road 577 — Crush, shape and pave about 1,350 feet from the railroad crossing to near Spruce Street.

— County Road 426 — Replace curve signs in 16 different areas along the entire length of the road.

DCRC maintenance projects include installation of catch basins and cross culverts in Breitung, Norway and Waucedah townships; reconstruction and drainage correction on Leeman Road near Sturgeon Road in Sagola Township; and annual MDOT trunkline maintenance projects across the county. 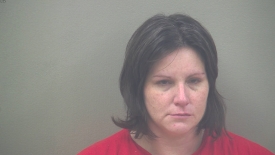 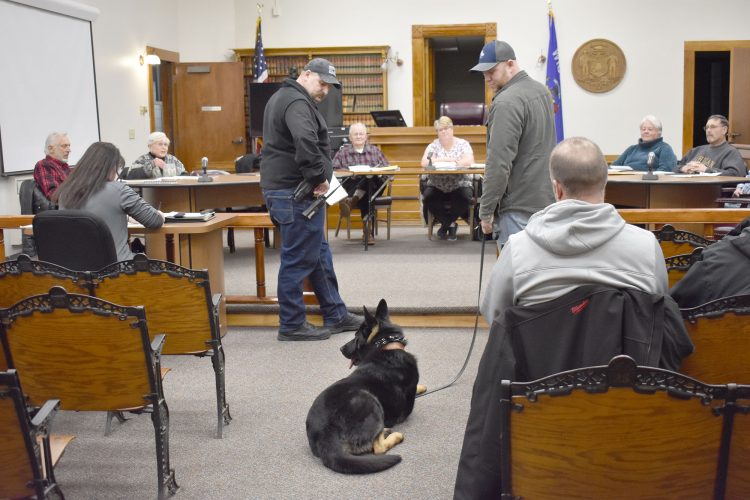 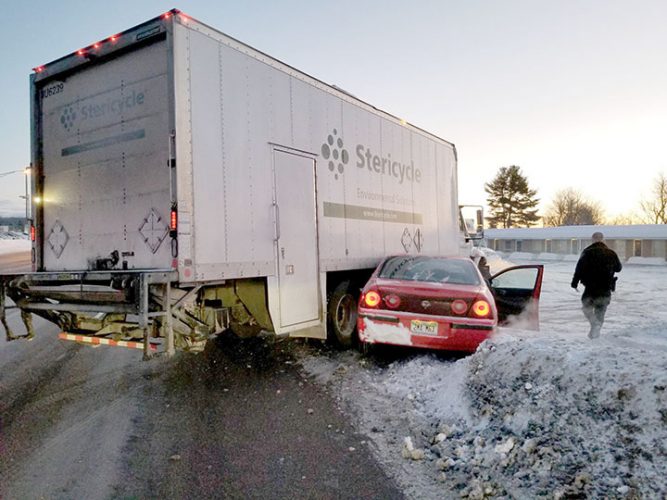