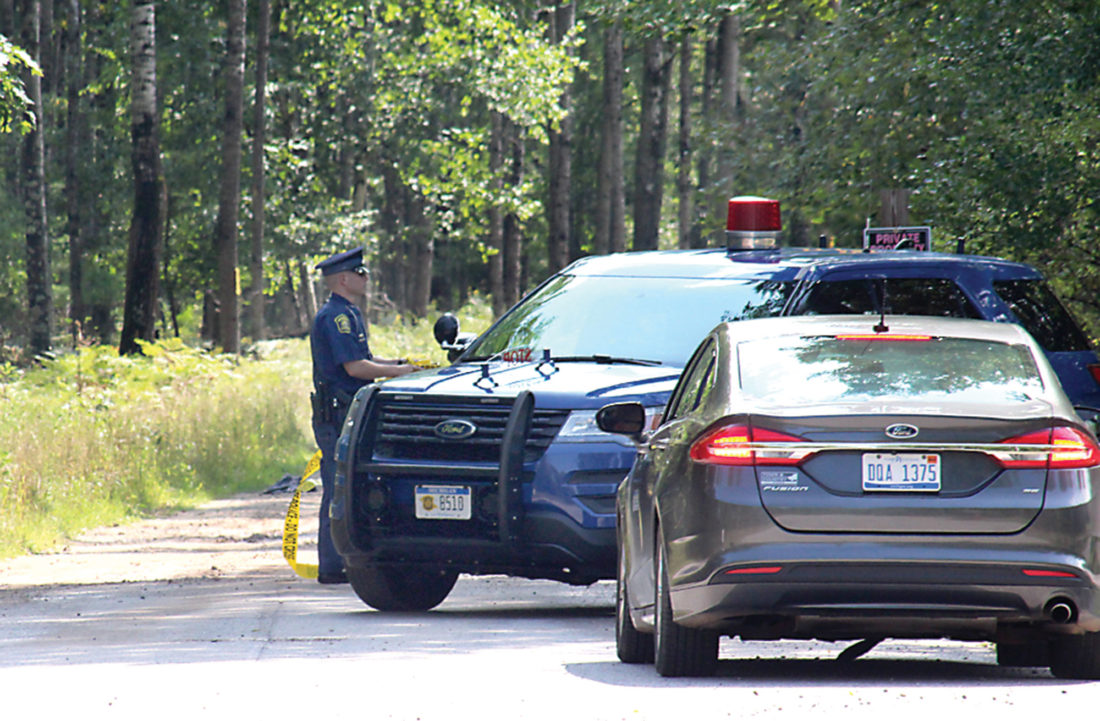 Theresa Proudfit/Daily News photo MICHIGAN STATE POLICE block access to Skidmore Drive in East Kingsford near the site where an Iron Mountain police officer was wounded while exchanging gunfire with a 20-year-old man, who was fatally shot Monday morning.

IRON MOUNTAIN — A 20-year-old man is dead and an Iron Mountain police officer wounded after a manhunt that prompted a lockdown on the city’s North Side ended Monday morning with a gunfight in East Kingsford.

Michigan State Police officials this morning declined to release names, saying it was an open investigation.

MSP detectives said today they will use evidence from where the shooting took place and officer reports to determine if the action was justified, officials said. They said they hope to complete their investigation and forward the results to the Dickinson County Prosecutor’s Office by the end of this week.

Iron Mountain police got a report at 8:45 a.m. about a truck being driven recklessly near the BOSS Snowplow manufacturing plant east of U.S. 2 in north Iron Mountain, Iron Mountain Director of Police and Fire Services Ed Mattson stated in a news release Monday evening.

The truck then was seen going onto the nearby Systems Control property, where police found it abandoned in the parking lot. Police confirmed a short time later the truck and a handgun had been stolen from a garage on the North Side earlier that morning, according to the news release.

Believing an armed suspect may have fled into the woods, police advised numerous businesses as well as Bay College West to secure their buildings by going into “lockdown.” Falcon, the department’s police dog, was brought in for the search.

At 10:23 a.m., police learned a passenger car had been stolen from the Systems Control parking lot and had left before officers arrived, according to the news release.

About 10 minutes later, a call came into 911 that a man driving a car that matched the description of the second stolen vehicle had attempted to rob a woman at gunpoint at an East Kingsford home.

An Iron Mountain officer spotted the vehicle on Skidmore Drive and gave chase until the fleeing suspect crashed the vehicle on a private drive. The suspect and police officer exchanged gunfire, with both being injured, the release stated.

When other law enforcement arrived within a minute, both the officer and suspect were taken to Dickinson County Memorial Hospital, where the suspect died. The officer was treated for a head wound and released, authorities said.