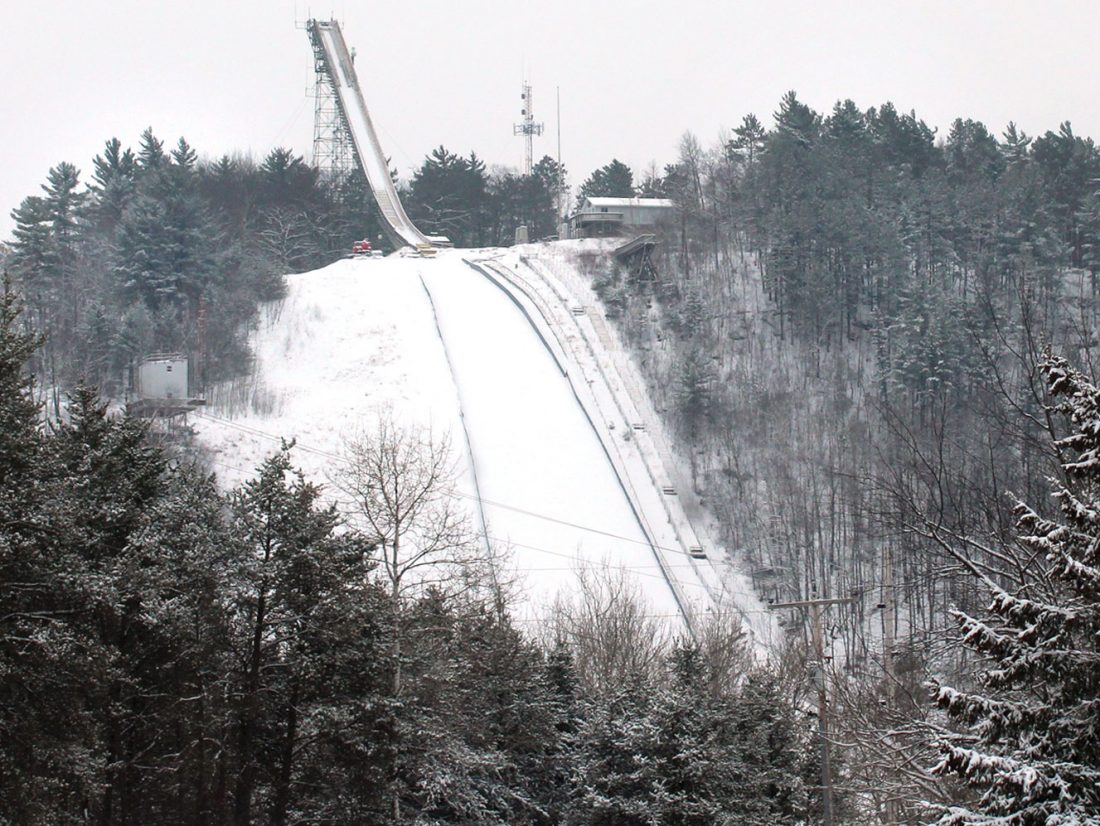 IRON MOUNTAIN — A new lease will allow the Kiwanis Ski Club to host its annual world-class ski jumping tournaments on county-owned property at Pine Mountain for the next century.

The rent for the ski jump area is a nominal $1 per year and the lease term is 99 years. The agreement coincides with the ski club’s “Soaring Into the Future Campaign” to fund needed upgrades. The lease will terminate if the ski club ceases to remain a Michigan nonprofit corporation.

In recent decades, the club has hosted Continental Cup events sanctioned by the International Ski Federation, or FIS, but it’s under increasing pressure to bring the historic slide up to modern standards. The club hopes to raise funds for an estimated $4 million in improvements that would position it to host World Cup events, placing it ahead of former Olympic venues in Utah and New York.

A portion of the funding may come through a grant and loan from the Great Lakes Recreation Fund, which was created by the Michigan Legislature last year to aid tourism. The club’s lease renewal, approved this week by the Dickinson County Board, should help “firm up” its application, County Controller Brian Bousley said.

Pine Mountain has been the site of world-class ski jumping since 1939 after the county assisted the federal Works Progress Administration in building the giant scaffold and landing hill.

Those interested in supporting the annual tournament can go to www.soaringintothefuture.org.

— Has awarded a contract not to exceed $184,000 to Markell Co. of Iron Mountain for a roof replacement at the courthouse. The work, however, might not take place until fall.

— Approved a resolution supporting the current public mental health system. For several years, state government has been studying ways to improvement the delivery and management of mental health services, but commissioners are concerned services may weaken. The resolution specifically opposes Section 298 of the executive budget recommendations for 2020, saying there will be no accountability to communities.

— Adopted a resolution in support of the Dickinson-Iron Community Services Agency, which is completing a grant application for the aging programs it operates. In 2018, DICSA served 129,001 meals, provided 11,273 hours of in-home services and 10,978 hours of adult day care, said Kristin Sommerfeld, executive director.

— Approved a request from District Court Judge Julie LaCost to place a candidate for a shared district/probate court assistant position at a third-year pay scale, due to the candidate having been employed by the county for nearly seven years. The candidate is a corrections officer at a wage of $20.65 per hour. The requested upgraded court wage is $18.03 per hour.

— Heard commissioners Barbara Kramer and Kevin Pirlot say there is a critical shortage of inpatient mental health treatment beds in the Upper Peninsula.

— Received, for review, a suggested policy from Pirlot for the scheduling of special board meetings. Pirlot said he arrived June 20 for a finance committee meeting and discovered it had been changed to a special meeting of the full board. “I don’t ever want to be in that situation again,” he said.

— Heard Bousley report that milfoil treatments are scheduled between Monday and Tuesday at Lake Antoine, with a 24-hour restriction on swimming after the application of the herbicide. The treatments are organized by the Lake Antoine Association, which also secures the needed state permit. Signs will be posted adjacent to treatment areas and at the landing at the time of treatment. There are no restrictions on fishing.

— Approved requests from the Northern Lights YMCA to host swim practices and lessons on specified dates during the summer at Lake Antoine Park, along with an open swim Aug. 17.