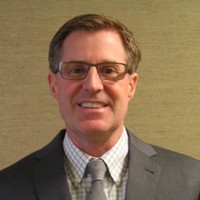 During the roundtable, Erbisch spoke about his county’s involvement with the Michigan Launch Initiative. He said the initiative is being spearheaded by Gavin Brown of the Michigan Aerospace Manufacturers Association , and it has the goal of getting the state involved with a nationwide search to find sites for new spaceports and a new command center.

“He’s pushing to narrow down five spots in Michigan to become, at least, the site that Michigan focuses on trying to become one of the national sites,” Erbisch said.

Wherever they are built, the spaceports will allow for small and midsized satellites to be launched into low Earth orbit from horizontal and vertical platforms. About 20-25 launches per year are expected to take place at the launch facilities initially.

Multiple Michigan sites are being considered by the initiative as candidates to serve as the state’s finalist in the nationwide search. One of these sites is Sawyer International Airport in Marquette County.

Erbisch said the financial impact of having a spaceport in the region would be significant — the facility could bring in $8 million per month. It would also directly create between 500 and 1,000 jobs, and the average salary of jobs created by the spaceport would be roughly $130,000.

Sawyer International Airport is not the only site in the U.P. that could become the Michigan Launch Initiative’s candidate of choice for a Michigan spaceport. In Chippewa County, Kincheloe is also under consideration.

Other potential spaceport sites in Michigan are located in Presque Isle County, Alpena County and Iosco County. Additionally, there is a potential command center site at Camp Grayling.

While Marquette County will be competing with the other proposed sites, Erbisch said he believes the Upper Peninsula will see positive effects from the spaceport if it is established anywhere in the state.

“We’re hopeful either that (there’ll) be a selection at that time, or before that or shortly thereafter,” Erbisch said.