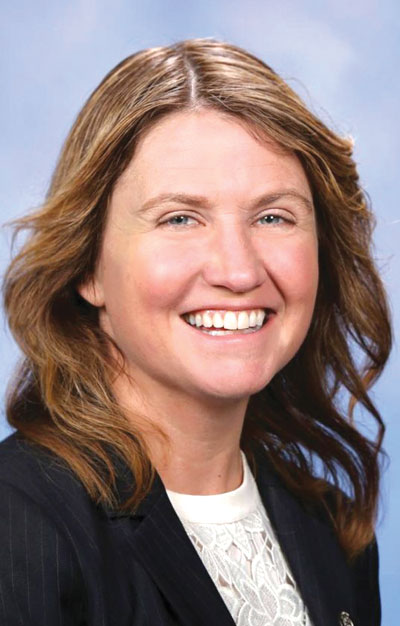 Introduced in February by state Rep. Sara Cambensy, D-Marquette, the committee will be responsible for making advisory legislative and policy recommendations to strengthen and develop sustainable mining practices in Michigan.

“I’m extremely happy to have my first bill signed into law (Monday) by Gov. Whitmer,” Cambensy said in a press release. “Establishing an advisory committee to look at existing gaps in coordination, communication, and what industry and interest groups find important or lacking in terms of mining research, infrastructure, energy and the environment will be key to coming up with long-term goals and strategies that help elected leaders make sound policy decisions.”

Cambensy said the idea for this legislation came from watching the idling of the Empire Mine in 2016. A few years earlier, a major expansion and the development of a direct reduced iron pellet necessary in order to melt recycled steel and create new steel products was being worked on at the Marquette Iron Range.

“It became increasingly clear after watching the investment shift from Michigan to Minnesota, that what elected leaders do or don’t do at the state level can be crucial to where investments are made,” she said.

Those investments, according to Cambensy, are not just limited to more exploration and development of minerals to mine. They also involve key issues environmental groups would like to see addressed. She credits her bills’ wide bipartisan support, passing unanimously in the Senate and passing the House in a vote of 107-1, to making sure the committee had representation from a diverse group of stakeholders.

“We will have the chance to look at creating an environmental remediation fund to help clean up century-old abandoned mining sites,” she said. “And we will have the opportunity to look at urban mining — how we reuse precious metals in our cell phones, computers, appliances and vehicles — especially as electric vehicles become increasingly affordable.”

Being able to bring both political parties together in Lansing to help colleagues understand the purpose and importance of this mining committee bill took a lot of work, but the outcome of near-unanimous support gives Cambensy hope that society can also move past the either/or dilemma with mining that pits environmentalists against economists and instead work together, according to the press release.

“We need mining to make everything in our modern world from state-of-the-art medical devices to windmills and solar panels to computers and so much more,” Cambensy said. “If we can accept that, we can become proactive at finding solutions to protect the environment rather than reactive to mining out of fear.”