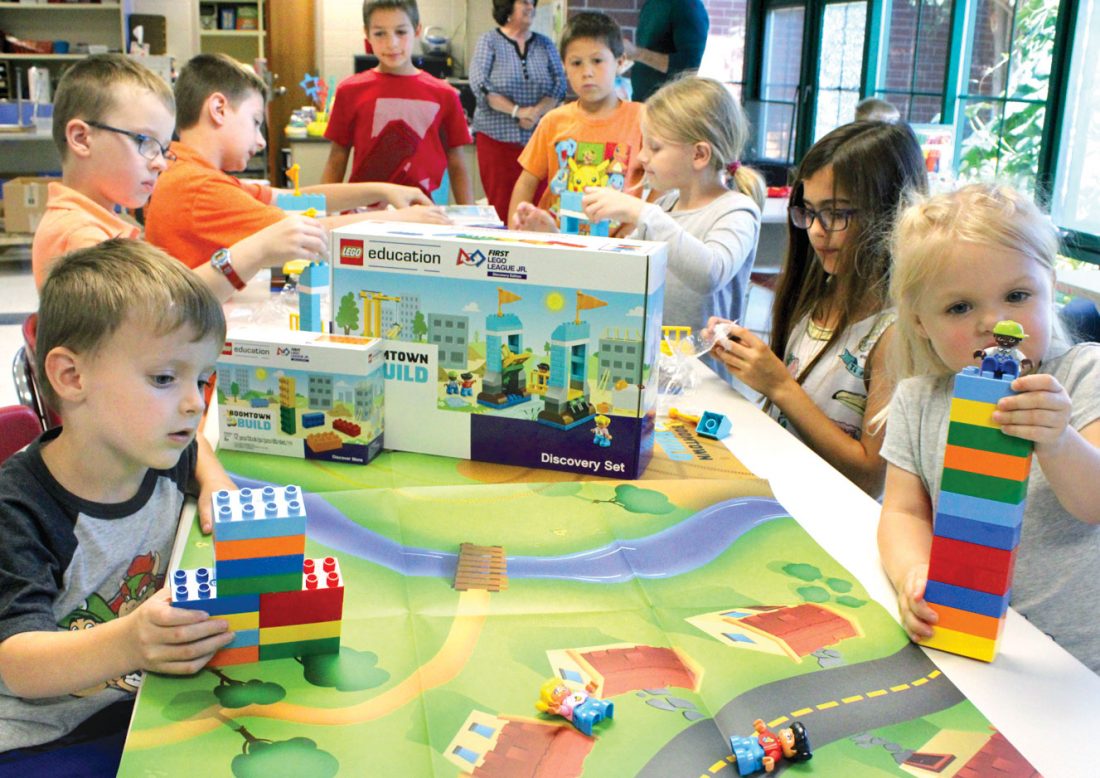 The district is one of only six in the world participating in the First Lego League Jr Discovery Edition pilot program.

“I’m kind of excited about this one because, as you know, I do a lot with robotics, but there hasn’t been a lot for the really little ones. Those kids really love robots, but it’s a little bit beyond their grasp,” Amanda Gibbons, the district’s STEM/Robotics 21st-century learning coordinator, told the school board Monday.

The school received 49 Lego kits that can be spread out between early kindergarten and kindergarten classrooms, and expect nine more pallets of kits in the future.

“Lego, as a thank-you for us piloting, also sent us these cute little six bricks boxes that we get to send home with the kids to keep. There all kinds of activities that parents can do with each kid and I’m pretty excited about that,” Gibbons said.

Gibbons also reported on the Project Lead the Way seminar, a forum for discussing elementary school science programming across the western Upper Peninsula that took place at Kingsford Middle School last week. The district had 22 Woodland and KMS teachers at the media center Monday and Tuesday. Staff from Carney-Nadeau, Iron Mountain,

“It’s a new approach to science, more hands-on — students taking on a more active role. The idea that the teacher stands in the front and sends that knowledge out is not the way that science is moving, especially with the new standards, and we want to stay one step ahead of what the standards are requiring of us. We had amazing feedback,” Gibbons said.

The board also added the On-track seminar as a new course that assists students struggling academically or socially. “It’s support with math, language arts, but more importantly diagnostic stuff to find where kids are having troubles and the mediation part comes in. Just getting kids on track that are falling behind. When we do our gap analysis, a place where we haven’t been hitting the needs are those at-risk types of kids that aren’t labeled special education, we are trying to hit that gap of kids that are slipping through the cracks a little bit,” Superintendent Craig Allen said.

— Revised the athletic code to make a third-offense violation result in losing a year of participation rather than terminating an athletic career. Any further offense would mean an additional year lost. “We are trying to not end the kid’s career based on a bad freshman year,” board member Mark Pugh said.

“Taking a year out of a four-year high school career is pretty big, but we want to make sure that we do provide those third chances or fourth chances when they are appropriate,” Allen said.

— Learned from Steve Terrian interest remains in a JV softball program and the group still is trying to organize a team. They will make an appointment with athletic director Chris Hartman in the next couple months.