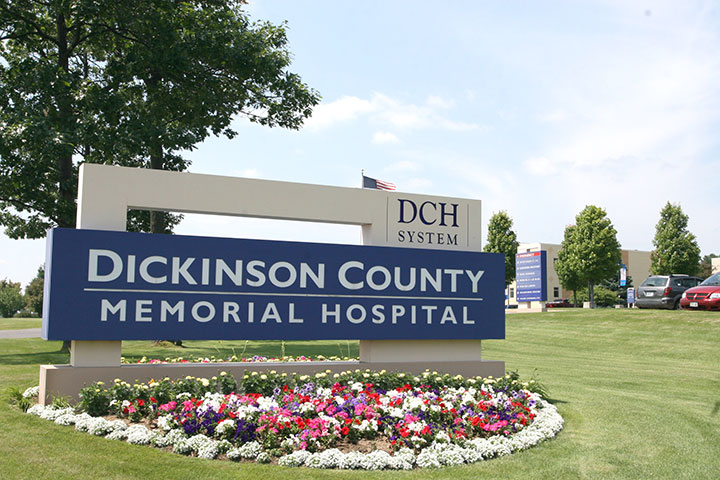 IRON MOUNTAIN — Dickinson County Healthcare System boosted its bottom line in July and is exploring new services as it awaits approval of a $25.65 million federal loan.

At a hospital board meeting Thursday, CEO Jeanne Goche said the immediate goal is strengthening the hospital’s primary care clinic, including pediatrics. With several new practitioners on staff, “we are able to take new primary care patients,” she said.

New service possibilities will be evaluated as DCHS tries to “restart patient volumes” and promote market and revenue growth, she added.

The board reviewed a financial report showing operating income of $455,813 in July, bringing the year-to-date total to $1.83 million. After the calculation of non-operating revenue and expenses, the year-to-date bottom line is a positive $1.28 million.

While July’s profit was largely the result of “effective management of expenses,” having more patients “would solve a lot of problems,” said Trustee Jeffrey Campbell, who chairs the finance committee.

The hospital has shown a profit every month this year except June, when declining use contributed to an operating loss of $245,000.

Jerry Worden, interim chief financial officer, said the hospital’s application for a U.S. Department of Agriculture Rural Development loan has moved from the state to the federal level. DCHS hopes to receive approval next month for an allocation this fiscal year. The application remains in a draft stage, Worden said.

Of the $24.65 million sought, $9.875 million is to refinance a term loan with Fifth Third Bank. The rest is mainly for equipment, technology and some facility work, including a new roof. The 25-year loan, with a projected interest rate of 3.5%, would have an annual debt service of about $1.49 million.

— Heard Goche report Dickinson Home Health has earned a five-star rating, up from 4.5, from the Centers for Medicare and Medicaid Services. The performance measure places DCHS in the top 8% of home health providers in the nation.

— In anticipation of receiving the USDA loan, heard Goche introduce options for upgrading DCHS’s information technology. The hospital must decide whether to first improve its current software or start fresh. Any replacement is complicated, since it involves both the hospital and its clinics. Epic Systems software is likely the top choice but might be too expensive. Cerner is an alternative and other systems may be worth investigating, Goche said.

— Reviewed a report showing DCHS cared for 216 inpatients in July and 13,563 patients in the outpatient hospital setting, including 1,106 in the emergency department. A total of 8,482 patients received care in physician offices. DCHS had $8.34 million in operating revenue while expenses totaled $7.89 million. Uncompensated care for the month totaled $817,128.

— Received an update from Tamara Juul of the Dickinson County Hospital Foundation on the annual Scramble for the Health of It golf outing set for Sept. 5 at Pine Grove Country Club. The golf event is the foundation’s major fundraiser and enjoys good participation by local manufacturers and businesses. Still, Juul said, more teams and sponsors are needed and “we really could use support.”