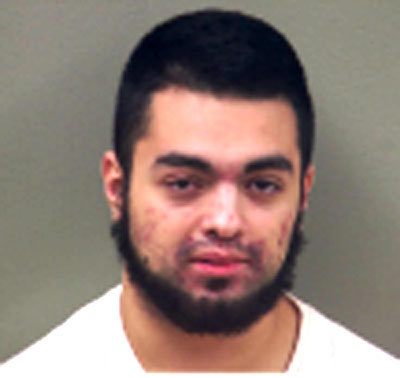 Julian Lara, 21, was convicted of fleeing and eluding, third degree, a felony punishable by up to five years in prison.

But as a two-time habitual offender, Lara could receive 1 1/2 times the maximum penalty when sentenced.

In exchange for Lara’s guilty plea, Dickinson County Prosecuting Attorney Lisa Richards agreed to dismiss a charge of assaulting, resisting or obstructing a police officer, a two-year felony; and operating without a license, a 90-day misdemeanor.

Richards recommended Lara receive credit for time served in the Florence County Jail, where he was sentenced to six months in jail with credit for 156 days served after pleading no contest to fleeing and eluding an officer, a felony punishable by up to 42 months in the Wisconsin Department of Corrections.

According to Wisconsin court records, Lara led law enforcement through Aurora on County Road N early Feb. 18 after refusing to pull over for a traffic violation in Kingsford.

The chase reached speeds as high as 90 mph before the Florence County Sheriff’s Department was able to use stop sticks and then a moving roadblock maneuver near Nault Road to bring Lara’s vehicle to a stop.

Lara fled on foot into the woods but was quickly caught by Dickinson County deputies assisting in the pursuit. Two passengers in the vehicle also were taken into custody and later released.

Sentencing is set for Sept. 23.