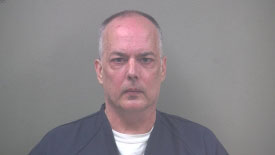 Marc Gauthier, 53, was convicted of five counts of using computers to commit a crime, a felony punishable by up to seven years in prison; and five counts of possession of child sexually abusive material, a four-year penalty.

But as a four-time habitual offender, Gauthier could serve up to life in prison.

Gauthier initially pleaded not guilty June 28 but was rearraigned as part of a plea agreement.

In exchange for his guilty plea, Dickinson County Prosecuting Attorney Lisa Richards agreed to not seek consecutive sentences for each count of using computers to commit a crime.

Richards also recommended Gauthier receive credit toward his sentence starting from May 24, 2018, when the complaint and warrant were authorized for the case.

According to the criminal complaint, an investigation revealed Gauthier had viewed more than a hundred images of child sexually abusive material on a desktop computer in the lobby of a local Iron Mountain motel in September 2016.

Gauthier was sentenced to as many as 30 years in prison after pleading no contest in 2017 to home invasion-second degree as a habitual offender-third.

Gauthier was found sleeping in an Iron Mountain home by the homeowner when they returned after a weekend away in December 2016, according to earlier reports.

The homeowner chased Gauthier out of the house and then discovered several items were missing, including prescription medication, food, clothing and personal hygiene items, the criminal complaint stated.

Sentencing is set for Sept. 23.