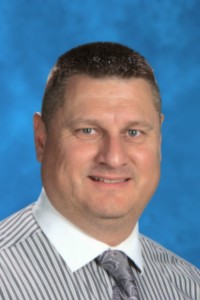 IRON MOUNTAIN — Jerome Sardina, principal at South Haven High School in southwestern Michigan, has been chosen as the next superintendent for Iron Mountain Public Schools.

Sardina has spent the past five years as South Haven High School principal in South Haven, Mich. Before that, he was with the Stephenson School District as principal, assistant principal and athletic director.

He was tapped from among 17 applicants, five of whom were selected for interviews Saturday before narrowing it down to the two finalists.

Both candidates were asked to give a 15-minute presentation Monday on what they would do in the first 90 days of school.

Both said they would reach out to teachers, staff, students, the community and neighboring districts. Keeping the budget in line also would be a priority.

Tapio explained he left North Central because serving as principal and superintendent 30 minutes away from home kept him from attending his daughter’s activities. As administrator, he thought he helped North Central financially get back to a healthy fund balance and helped improve curriculum.

When asked if this as a job for a notch on his resume, Sardina said he had chances to leave other positions early but didn’t because he hadn’t finished what he started.

Sardina emphasized the importance of working with staff to have them reach higher levels. He said it’s important to find leadership people within the school and work with them.

In making the selection, board members said both candidates did an excellent job in presenting themselves, making for a difficult decision.

Board member Steve Brooks said each candidate offered differences in experience and approach, adding, “I liked them both.”

Board member Foz Burgoon was impressed with the level of interest. “We had two people with great ideas and passion who will put the kids first,” she said.

Board President Rob Langsford said comments from district residents indicated they “didn’t want the same old — they want the bar raised and from a voice which is offering change, by someone who will make our team into one solid group.”

Sardina earned his bachelor of arts degree in business management/administration from Maranatha University in Wisconsin. In 2012, he earned a master’s in education administration and leadership from Northern Michigan University. He also has completed the Michigan Association of Superintendents and Administrators’ Navigate Leadership-Horizon Academy program for Central Office Enhancement certification, with an emphasis on superintendence.