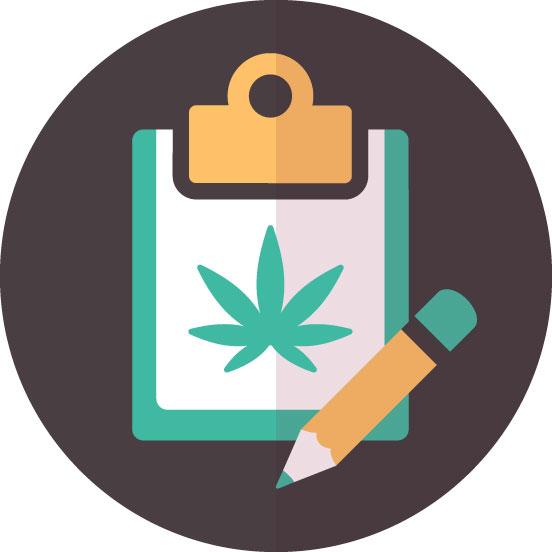 IRON MOUNTAIN — No final decision has been made, but Iron Mountain is taking steps that could allow recreational marijuana shops sometime next year.

Council members Monday instructed City Attorney Gerald Pirkola to prepare a document to guide the process under temporary rules issued by the state’s Marijuana Regulatory Agency. Business license applications for recreational sales will be accepted by the state beginning Nov. 1, although communities can still opt to ban them.

Michigan voters chose to legalize marijuana for adults in November 2018, including by a narrow margin in Iron Mountain — 1,543 yes to 1,460 no. Michigan was the 10th state to allow recreational marijuana, with 56% voter support statewide.

In June, more than a decade after a state ballot measure legalized medical marijuana, the city moved to license and regulate that commercial activity.

City Manager Jordan Stanchina reported seven applications are in hand for medical marijuana facilities, five of which propose multiple licenses to cover sales, growing and processing. With only two licenses allowed for each, a scoring system will be used to evaluate each applicant’s qualifications and ability to operate, along with the potential economic and neighborhood impact.

“I think we have the type of applicants we wanted,” Stanchina said.

Permits may be issued within several weeks and those same facilities may be in line for recreational licenses. Under state rules, medical marijuana businesses will be the first to qualify for recreational sales. Dispensaries, however, will have to separate their medical and recreational products.

Statewide, more than 500 communities have decided to refuse recreational marijuana shops, but they may later choose to opt in. Residents may also attempt to reverse bans on marijuana businesses by initiating local referendums.

A downstate applicant, Bill Wentworth, told the Iron Mountain council earlier this month he would like to invest $2.5 million to $4 million in a marijuana business that would provide 50 to 70 new jobs.

In other action Monday, the city council:

— Approved a tax break for Menominee Range Investments for a planned $568,000 project at 323 South Stephenson Ave. where developer Jesse Land proposes rehabilitating the second story into residential units and maintaining commercial space on the main floor. The Commercial Rehabilitation Exemption Certificate authorized by the council freezes the taxable value of the property at its current level for seven years. Land is seeking a Michigan State Housing Development Authority grant to assist the project, which is to be completed next year.

— Learned that Matt Opolka has accepted an offer to be employed by Iron Mountain Police Department beginning in September. He will soon graduate from the Northern Michigan University Regional Police Academy.

— As recommended by the planning commission, approved a special use permit for Dillon Uren to produce and sell baked goods from 1111 W. B St. from 8 a.m. to 8 p.m. No commercial grade equipment will be installed and Uren said he will fall under regulations of Michigan’s Cottage Food Law.

— Approved, as recommended by the planning commission, a special use permit for David Adams to sell motor vehicles at 615 Industrial Drive. Curb Side Auto Sales will include 27 paved parking spaces, of which a maximum of 19 will be for sales.

— Approved the purchase of a 2019 Dodge Ram Classic Tradesman pickup truck for public works from Chrysler World of Abrams, Wis., for $21,496. The price was lowered from $24,114 by eliminating several options, including power windows. There were no local bids within budget, Stanchina noted.

— Approved a final payment of $25,461 to Bacco Construction of Iron Mountain for reconstruction of the east side tennis courts, bringing the total cost to $83,030. The project was aided by a Michigan Recreation Passport grant of $58,000.

— With $60,000 budgeted, agreed to solicit bids for the purchase of a used plow truck.