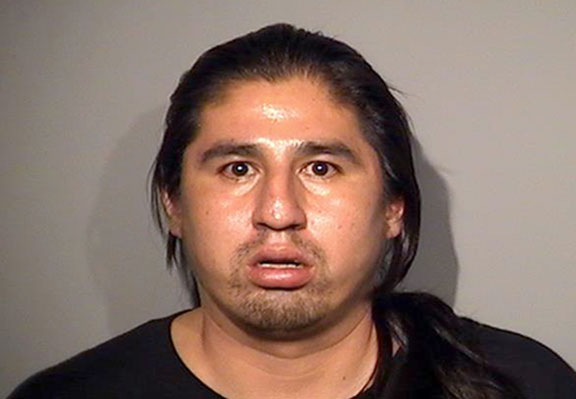 MENOMINEE — A 35-year-old Bark River man was arraigned Wednesday on an open murder charge in Menominee County District Court, accused in the beating death of his adoptive father in Harris Township.

Gary Paul Phillips-Donovan, 35, of 3071 D Road, Apt. 208, Bark River, is charged with one count of homicide-open murder. The felony is punishable by life in prison.

Michigan State Police began a homicide investigation after Michael Alan Donovan, 74, of Harris Township, was found dead in the detached garage of his home in Harris Township on Tuesday, according to legal documents filed in the case.

Troopers from the Michigan State Police-Gladstone Post were called to the residence on Old U.S. 2 and 41, near Eustis Road in Menominee County, about 11:35 p.m. Central time Tuesday.

According to troopers, they found the body of a man, later identified as Donovan, with extensive trauma to his face and head. A forensic autopsy determined Donovan died from blunt force trauma to the head.

According to the Menominee County Prosecutor’s Office, witnesses, including the victim’s wife and granddaughter, saw Phillips-Donovan in the residence have a disagreement with Donovan shortly before Donovan was found dead in the detached garage.

Residents of the Elders Housing Complex in the Hannahville Indian Community, including Phillips-Donovan’s mother, saw Phillips-Donovan throw something into the dumpster behind the complex, according to the prosecutor’s office.

At 2:23 p.m. Tuesday, the Harris Township Volunteer Fire Department responded to a fire at N16255 Hannahville B-1 Road in Wilson — a location Phillips-Donovan is affiliated with — inside a stove in the detached garage of the residence. Volunteer firefighters reported finding the charred remains of clothing inside the stove.

Investigators said they do not believe any other suspects remain at large.

The Marquette Crime Lab assisted in the investigation.

Bark River-Harris and Hannahville Indian Schools were put on lockdown briefly Tuesday afternoon before Phillips-Donovan was taken into custody about 2:08 p.m. Tuesday while stopped at the Oasis gas station, near the Island Resort and Casino in Harris Township.