Michigan movie: ‘Up There,’ filmed in Dickinson County, to have local premiere 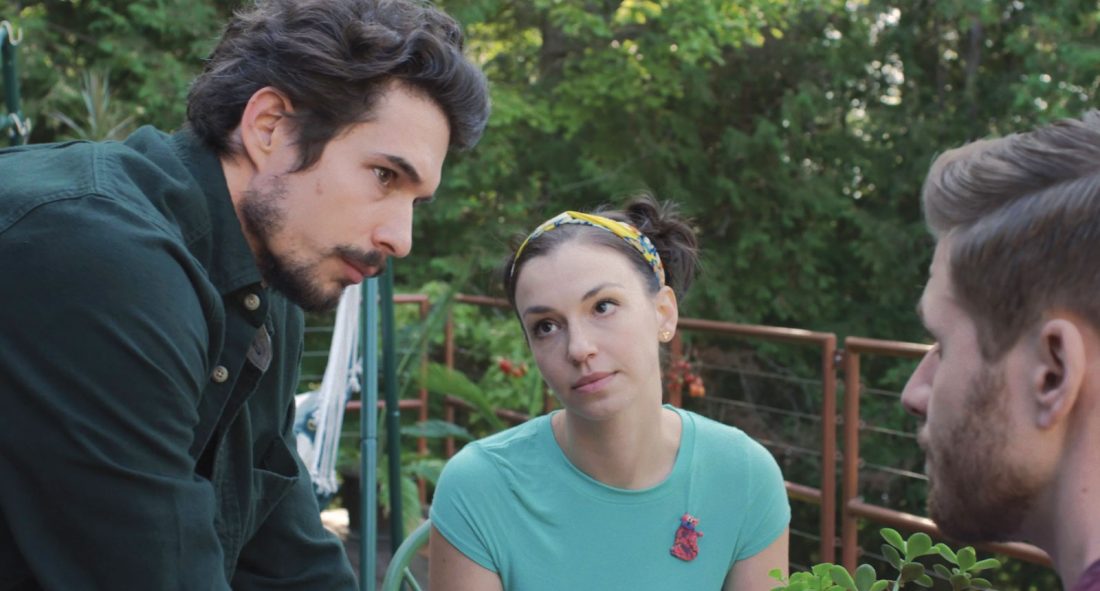 Michael Blaustein, left, Zoe Kanters and Daniel Weingarten are shown in the movie “Up There.” Shot almost entirely in Dickinson County in 2017, the film will have its Michigan premiere Friday at the Tivoli Theater in Stephenson. (Weingarten Productions)

IRON MOUNTAIN — A film shot almost entirely in Dickinson County in 2017 will have its Michigan premiere Nov. 8 at the Tivoli Theater in Stephenson.

“Up There” is the feature film debut from directors Daniel Weingarten, 27, and Michael Blaustein, 35, and was written by and stars Weingarten, Blaustein and 27-year-old Norway graduate Zoe Kanters.

The film follows an ambitious young journalist (Weingarten) sent to the Upper Peninsula to report on a mine closure. He meets Emma (Kanters), a local woman who offers to help him with his story.

But when the journalist learns of a tragedy in Emma’s past, he instead decides to exploit her trauma to further his career — and raises suspicion in her volatile older brother, Champ (Blaustein).

The idea for the film originated with Kanters; the grief Emma carries throughout was based on Kanters’ own. 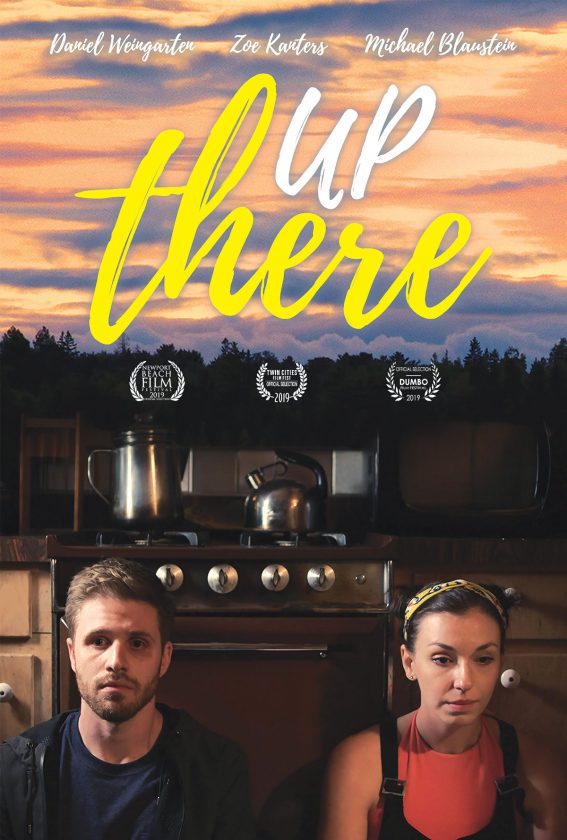 On July 31, 2008, Scott Johnson shot and killed Bryan Mort, 19, and Anthony Spigarelli, 18, both of Iron Mountain, and Tiffany Pohlson, 17, of Vulcan, at the East Kingsford railroad bridge.

Johnson pleaded no contest in 2009 to 10 felonies — including three counts of first-degree intentional homicide — and was sentenced to three consecutive life terms and an additional 295 years without the possibility of parole.

Kanters, who was close friends with Pohlson, wanted to explore personal and communal grief in the wake of brutality, “to face the reality of senseless violence,” she said in a phone interview that also included Weingarten and Blaustein.

Kanters brought the idea to Weingarten and Blaustein and in about 2 1/2 months, the three had a finished script of a fictional story they hoped would resonate with viewers who carried the burden of loss.

The film was shot in 15 days with equipment supplied by friends and co-workers. A number of area businesses served as locations, including Lofholm’s Building Center, Mike’s on Main and Pat’s Foods in Norway, the Iron Mountain Iron Mine in Vulcan and the Longbranch Saloon in Faithorn.

“I knew going home was going to give us such an advantage,” Kanters said, adding the community’s contribution to production resulted in a higher-quality film.

Weingarten said the film would have been impossible to make without local assistance.

Filming was not without challenges, though. The swift pace of pre-production led Weingarten and Blaustein to decide much of the film’s look and feel while shooting. The cold August weather and inconsistent sunlight made continuity difficult to maintain.

But the response to the finished product has been wonderful, Kanters said. While showing the film at The Laemmle Music Hall in Beverly Hills, Calif., an audience member originally from Faithorn thanked the three creators for their depiction of the U.P.

Another viewer commended the collaborators for their portrayal of grief after the film showed at the Newport Beach International Film Festival, Kanters said.

“We can’t ask for much more,” Kanters said.

“It really makes it all so worthwhile,” Weingarten said, recalling the many hours spent editing footage cooped up in an apartment.

Now, the three look forward to showing the film in the community “that made it happen,” Kanters said.

“Up There” will play for four days at the Tivoli Theater in Stephenson: 6 p.m. Friday and Saturday; 2 p.m. Sunday; and 6 p.m. Thursday, Nov. 14. Kanters will be available for questions after each showing. Weingarten and Blaustein will appear with her after Saturday’s 6 p.m screening.

Michael Blaustein, left, Zoe Kanters and Daniel Weingarten are shown in the movie “Up There.” Shot almost entirely in Dickinson County in 2017, the film will have its Michigan premiere Friday at the Tivoli Theater in Stephenson. (Weingarten Productions)