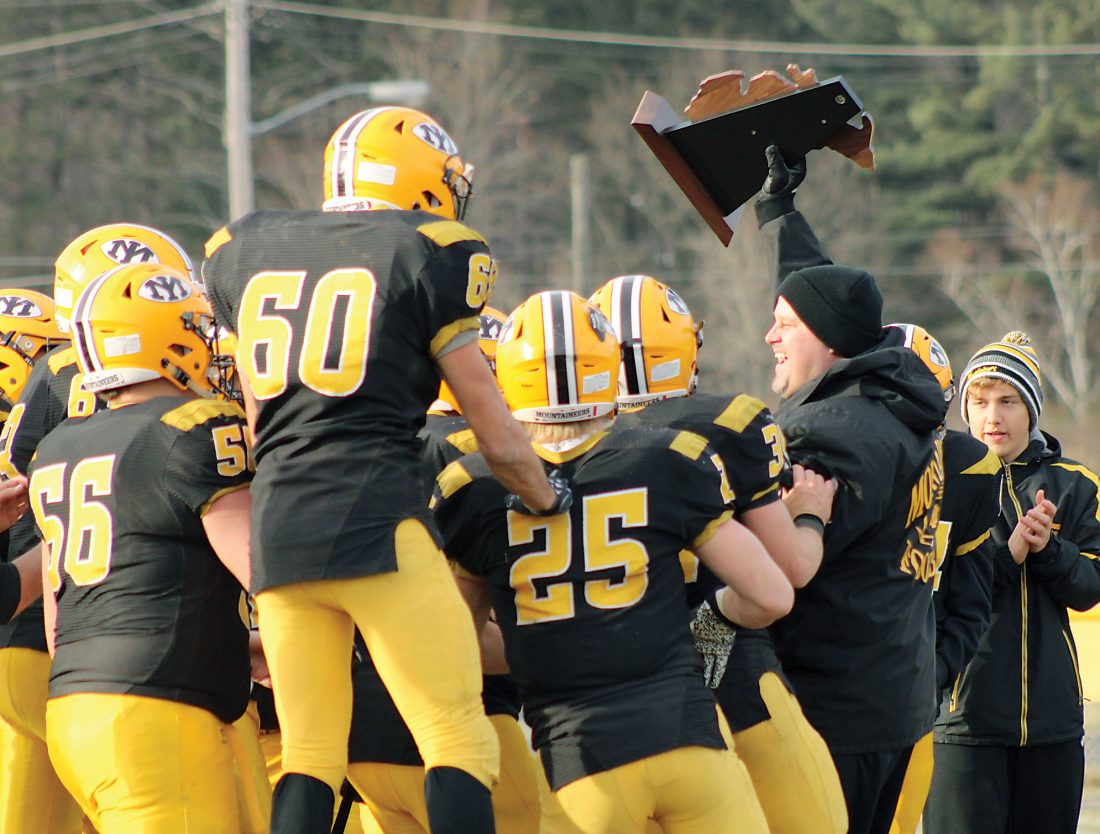 The Mountaineers jumped out to a 13-0 halftime lead after capitalizing on two Gladiator turnovers.

The Iron Mountain defense was as strong as ever on the afternoon, giving up only 65 total yards until TCSF’s final drive in the last 2 1/2 minutes of the game, while IM was in prevent defense.

The Mountaineers and head coach Robin Martilla moved to 12-0 on the season and reach the semifinals for the first time in eight years.

Iron Mountain next will face Pewamo-Westphalia, also 12-0, in the state semifinals at 6 p.m. Central time Friday at Northern Michigan University’s Superior Dome in Marquette. Pewamo-Westphalia is the same school that in March defeated the Mountaineers in the Division 3 basketball state championship game that ended in controversial fashion.

For more on the game, see Monday’s Daily News or check online at www.ironmountaindailynews.com.