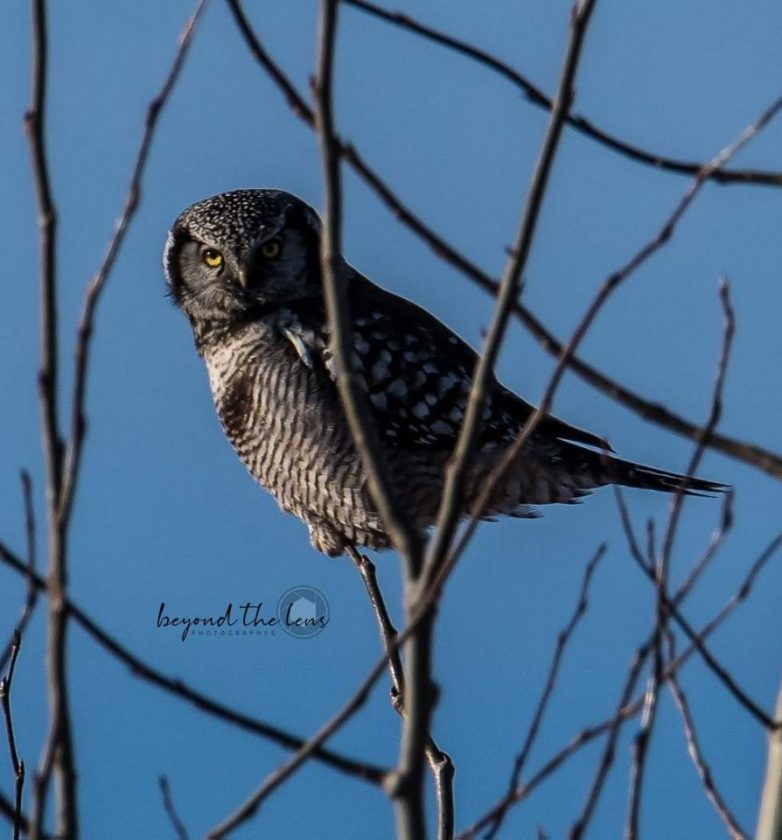 While winter is the lean time for birding in the north, it usually offers a few treats in species that might otherwise not be seen this far south.

The owls of the dense Canadian forests — the great gray, the northern hawk and the boreal — have some years in which they turn up deep into Wisconsin, when normally they can reliably be found in the Upper Midwest only in the Sax-Zim Bog area of far northern Minnesota.

It’s been awhile, though, that the region has seen a true “irruption” winter, in which the boreal forest owls are numerous and easy to see from the roadsides as they hunt for rodents lurking under the snow.

Snowy owls have, generally, been more regular in showing up, with their striking black-flecked white plumage that seems so suited for the holiday season.

But early indications do not bode well for a Hogwarts-style gathering of owls gracing the region this winter.

Until this past week, no snowy owls had been reported in Wisconsin and only a few had been seen in eastern Michigan, according to Ryan Brady, the Ashland, Wis.-based Natural Heritage Conservation Program biologist for the Wisconsin Department of Natural Resources.

“By this date in the 2017-18 irruption year, 38 had already been found here in Wisconsin, and even last year’s non-irruption year already featured 14 observations. The only year in the last six to have no Wisconsin sightings this late in the year was 2016-17, which ultimately yielded the lowest observation total of any since at least 2010,” Brady wrote in a Nov. 14 forecast on snowy owl prospects for the season.

This past week did bring a number of reports — and photographs — throughout Michigan, including the eastern Upper Peninsula. Wisconsin had nine sightings from seven counties, mostly along Lakes Michigan and Superior, Brady said in this week’s birding report.

In major irruptive years for snowy owls, however, most of the birds are juveniles, easy to tell from adult because they are heavily barred, Brady explained.

This year, most of the reports so far have been mature owls, which makes for a spectacular sight when it’s one of the almost completely white males but likely signals the influx will be a minor one, Brady said.

As to the boreal owls, again, the indicators so far have not been promising. As in the U.P., the north reportedly had a bumper “mast” crops — cones, acorns, seeds and fruit — so rodent populations likely are thriving. With ample prey available, the owls have no real reason to relocate.

That doesn’t mean it’s not worth keeping a lookout for these impressive birds — snowy owls are the heaviest and great grays the tallest of North America’s owls — which because they normally have less contact with humans often are less wary and more willing to stick around for a photograph. They also prefer to be active in daytime hours.

However, if you manage to catch sight of one of these owls, be respectful of the bird’s space; stay in the vehicle and turn the motor off if close so the sound doesn’t interfere with the owl’s sensitive hearing as it tries to detect rodents under the snow or grass cover.

Marquette already has given reason for some hope: a northern hawk owl has shown up in the area and stuck around long enough to become “the most photographed bird near Marquette,” said Kathy Koenig, who was gracious enough to allow her photo to be shared here after posting it on the Upper Peninsula Birding site on Facebook.

Several who have seen this owl reported it was lingering just south of Presque Isle Park, by the BioLife offices.

Another arctic bird that is a rare visitor to the region in winter already has been recorded in the Upper Peninsula this year: the gyrfalcon, the largest falcon in the world. This bird comes in three main color varieties: brown, white — not unlike the snowy owl — and gray, with variation in shade from dark to light, according to the Cornell Lab of Ornithology’s All About Birds website, www.allaboutbirds.org.

The one posted this year appears to be gray, which Cornell lists as the most common variety in North America, or brown and probably immature. I’m not sure I’ve seen a white one photographed in the region, though it’s certainly possible. They tend to prefer open spaces so are most likely to turn up along the Great Lakes shoreline.