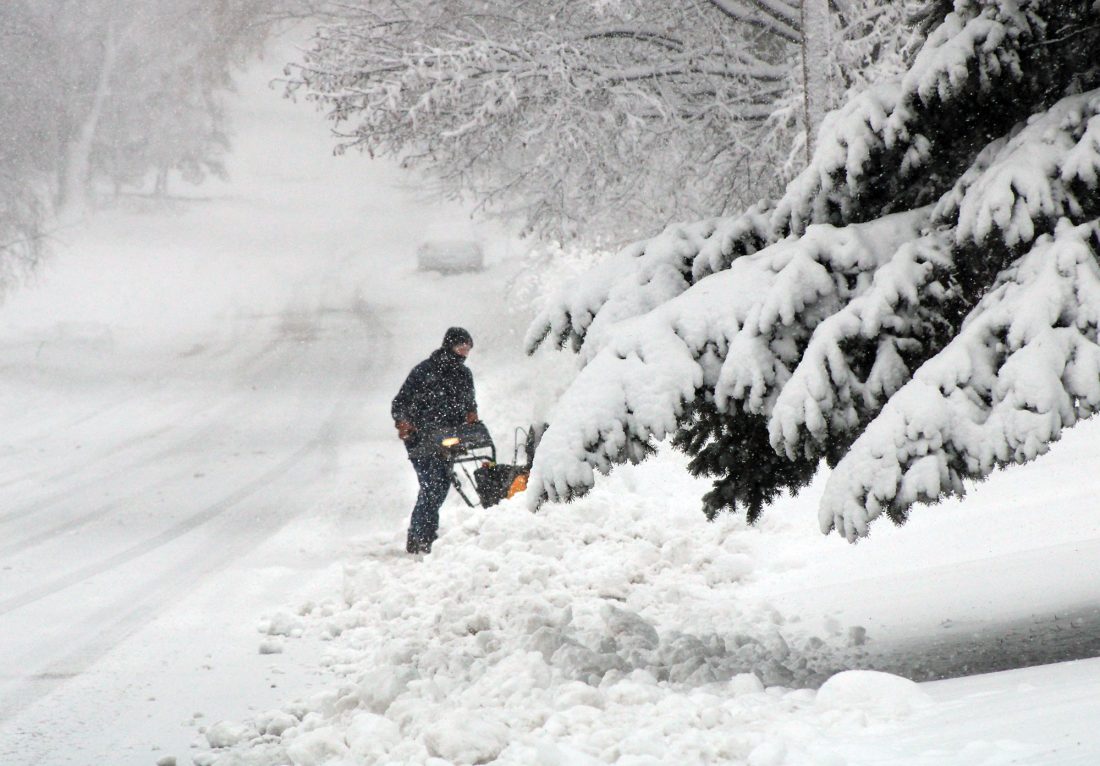 Theresa Proudfit/Daily News photo Peter Eckerberg snowblows his driveway on the 800 block of East A Street in Iron Mountain on Wednesday. More snow is predicted for the weekend.

IRON MOUNTAIN — We Energies continued to work to restore power after a pre-Thanksgiving winter storm dropped heavy, wet snow across northern Wisconsin and portions of the Upper Peninsula.

Power was restored to thousands of customers in the aftermath of the storm, but scattered outages remained today, including some in Dickinson, Iron and Florence counties.

Wisconsin Public Service crews have restored power to more than 51,000 customers since the storm hit Wednesday.

“We expect to restore power to all affected customers today including those in the hardest hit areas of Lincoln, Oneida and Vilas counties,” said senior communications specialist Amy Jahns. “Many of our hardworking crews and those that have traveled from other utilities have put their family holiday weekend plans on hold to restore power. Be assured that every available resource is working to restore power as quickly and safely as possible,” Jahns added.

The We Energies outage map shows there are still 117 outages in the area, with 1,217 customers affected.

At each site, firefighters created a safety zone around the fallen lines using traffic cones and caution tape before notifying We Energies.

Another heavy snowfall could make matters worse. A winter storm watch is in effect from Saturday evening through Sunday Afternoon, according to the National Weather Service in Marquette. Snow accumulations of up to 13 inches and gusts of wind as high as 25 miles per hour are possible.