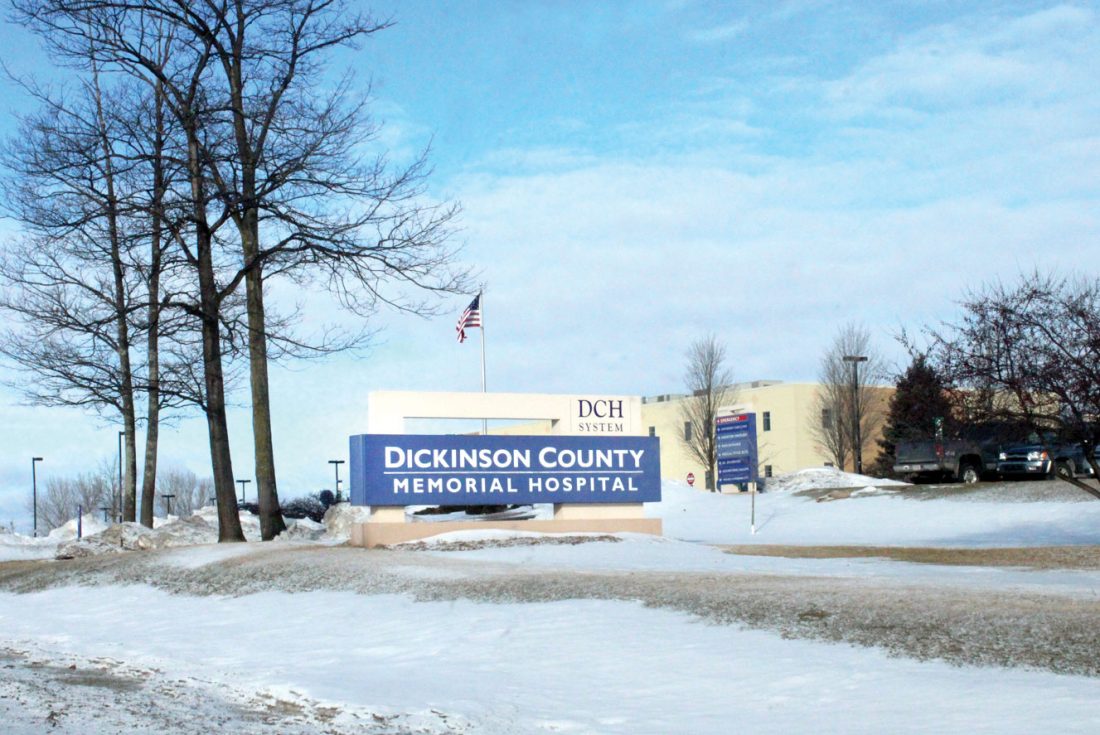 IRON MOUNTAIN — Dickinson County Healthcare System is in a much better position than a year ago but remains in limbo on its application for a $25.65 million federal loan, county board members were told Monday.

Chuck Nelson, hired as the hospital’s CEO last fall, said the operating margin is a positive 2% and there’s nearly 60 days of cash on hand. “We’re excited about 2020,” he said.

Nelson said he believes DCHS is on the right track and pointed to its economic impact as well as its crucial role in local health services. The hospital system, with 600 employees, provides $60 million in payroll and benefits, he said.

Although there are challenges in health care locally and nationally, DCHS is adding physicians and services, Nelson said. Last month, the hospital adopted a 2020 budget anticipating a profit of nearly $2 million, similar to the results expected for 2019.

Margaret Minerick, who chairs the DCHS board, said the U.S. Department of Agriculture is awaiting more financial information before awarding a Rural Development loan that would allow the hospital to refinance higher-interest debt and acquire new equipment.

The application was filed in August with the aid of former northern Michigan congressman Bart Stupak, a partner in Venable LLP, a Washington D.C. firm hired in October 2018 after DCHS veered toward bankruptcy.

In response to a question from the board, Minerick said Venable’s current role is minimal. “We’re really not using Bart at this time,” she said.

In other action, commissioners unanimously approved the appointment of two trustees to four-year terms on the nine-member hospital board. Family medicine specialist Dr. Beth Schroeder will replace Bill Edberg, who did not seek reappointment. Dr. John To, a radiologist who was named to a partial term in February, will now serve a full term.

In another matter, the county is reviewing a proposed multi-year extension of an agreement that provides access to the morgue and autopsy room at Dickinson County Memorial Hospital.

In October, DCHS had decided to no longer accommodate on-site autopsies, leaving the county without a facility for its county medical examiner. In November, a temporary agreement was reached to restore access. Although that contract expires Wednesday, County Controller Brian Bousley has been authorized to sign an extension.

— Received an annual report from Denise Formolo, veterans service officer, on the activities of the Dickinson County Veterans Affairs Office. The office, accredited at the state and national level, averaged 325 contacts per month during the past fiscal year and filed a claim for benefits every 1.8 days, she said. The office is available to provide consultations on benefits for some 2,500 county veterans and also assists some out-of-county veterans receiving services at the Oscar G. Johnson VA Medical Center.

— As requested by Commissioner Kevin Pirlot, will allow the Tri-County Snowmobile Club to designate the parking lot at Lake Antoine Park as a trailhead, enabling the club to offer a map listing for the temporary parking of trailers.

— Adopted a resolution asking the Michigan Legislature to amend the Office of School Safety to allow Michigan State Police to coordinate the distribution of school security funds with local community response personnel and local emergency managers. Recent legislation identifies the state police as the exclusive agency responsible for all Michigan schools, a move that hampers a system that has operated satisfactorily and efficiently, Sheriff Scott Rutter said.

— Heard Pirlot note that computer damage at Dickinson County Library was more extensive than first believed from malware discovered last fall. Both the backup and main frames were affected, he said.