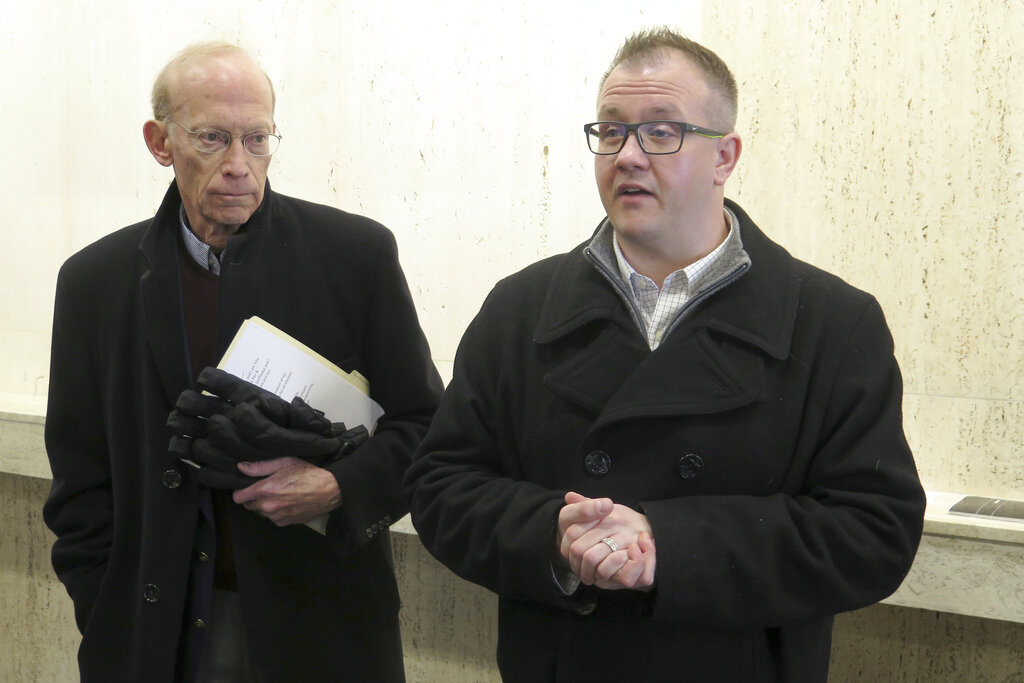 The Coalition to Close Lansing Loopholes filed language for the proposed constitutional amendment with the state elections board. The effort is being spearheaded by Progress Michigan, a liberal advocacy organization.

The ballot committee, which plans to start circulating petitions after the wording is approved and likely needs millions of dollars to do so, would have until early July to submit 425,000 valid voter signatures.

The measure would prohibit lobbyists and their clients from giving anything of value to public officials or their immediate family, with exceptions for legal campaign contributions and plaques valued at no more than $250 given to honor their public service. Public officials would be defined as statewide elected officials, department directors, political appointees in the executive branch and lawmakers’ top aides.

Currently, lobbyists must report travel and lodging paid for or reimbursed to a public official in excess of $825, food and beverages above $63 a month or $400 over a six- or seven-month period, and any “gift” — including tickets to events — above $63 in any one month.

Unlike most states, Michigan has no mandatory “cooling off” period before a government official may register as a lobbyist, except when a legislator resigns from office.

The initiative also would prohibit agreements where lobbyists’ pay depends on the success or failure of their lobbying, expand who has to register as a lobbyist, require lobbyists and public officials to file monthly detailed reporting of lobbying activities and communications, and mandate additional disclosure about who funds political ads.

Now, lobbyists must report certain spending on food, drinks, lodging and other transactions twice a year — saying which officials were lobbied and when — but they do not have to specify what was discussed. Under the proposal, lobbyists and public would maintain a lobbying log indicating details such as the subject matter and whether the lobbying occurred in a meeting, at a meal or by phone or email.

Scott noted that lobbyists reported spending $5,682 on food and drink in the first seven months of 2019 for a Republican legislator who chairs a key House committee, according to the Michigan Campaign Finance Network, a watchdog group.

Scott said he expects other organizations that believe in good government to back the drive, but that he could not publicly identify them yet.

The lobbying initiative was announced three months after Republican legislative leaders talked about a potential plan to ask voters to ease legislative term limits — which might be tied to bills that would require candidates and officeholders to fill out financial disclosures, subject the Legislature and governor’s office to public-records requests, and institute a waiting period to become lobbyists. A proposal has not materialized.

Three other 2020 ballot measures were launched previously — two to restrict abortion and one to prohibit discrimination against LGBT people.