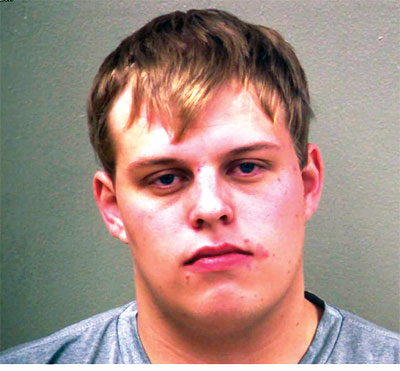 Alex Johnson, 20, was convicted of the possession of methamphetamine, a felony punishable by up to 10 years in prison; and reckless use of a firearm, a 90-day misdemeanor.

Johnson initially pleaded not guilty Nov. 18 to the delivery or manufacture of a controlled substance, a felony punishable by up to 20 years in prison; carrying a dangerous weapon with unlawful intent and possession of metallic knuckles, both five-year felonies; and felony firearm, a two-year penalty.

In exchange for his guilty plea Monday, Dickinson County Prosecuting Attorney Lisa Richards agreed to reduce the drug and firearm charges as well as dismiss the dangerous weapon and metallic knuckles charges if Johnson forfeited the weapons.

According to the criminal complaint, Dickinson County sheriff’s deputies arrested Johnson on Oct. 24 in Breitung Township after he made suicidal statements and threats against law enforcement.

Sentencing is set for March 3.