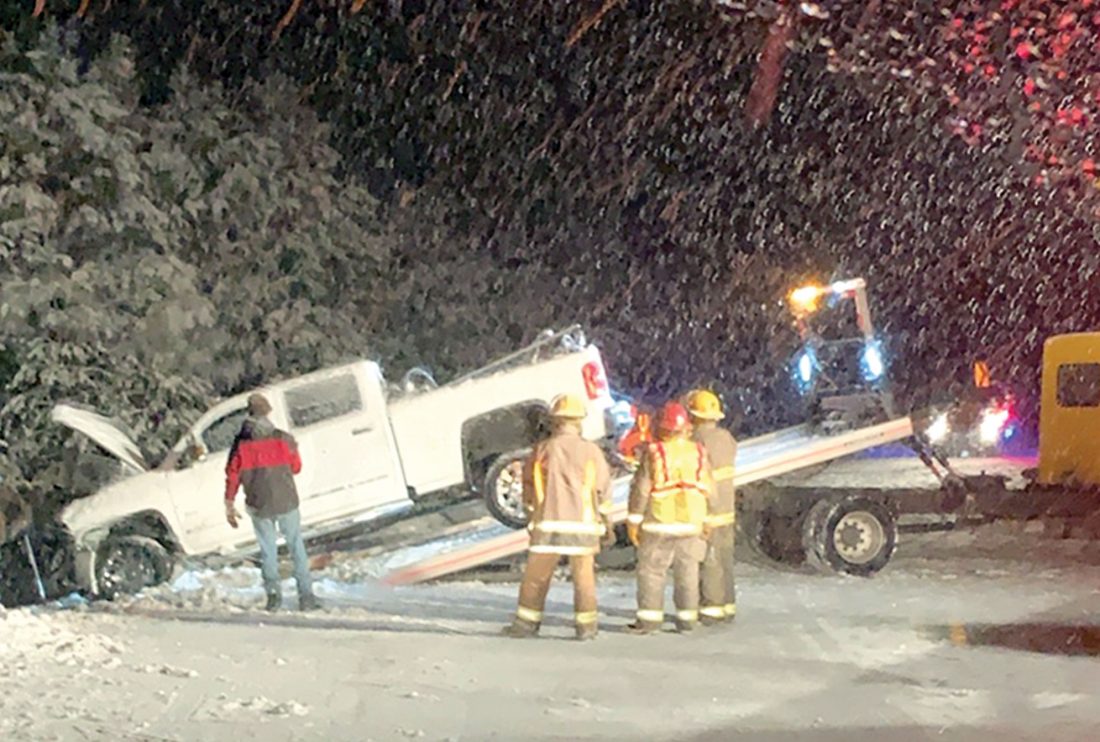 A wrecker removes a vehicle from the scene of a fatal accident Thursday in Waucedah Township. Two people were killed in the accident and two others were injured.

WAUCEDAH TOWNSHIP — Two people from Tipler, Wis., are dead after a two-vehicle crash Thursday afternoon on U.S. 2 near Alfredson Road in Waucedah Township.

The crash happened about 2:41 p.m. when a westbound 2013 Chevrolet Equinox crossed the center line on U.S. 2 and collided head-on with a 2017 GMC Sierra towing an enclosed snowmobile trailer, according to a news release from Dickinson County Sheriff Scott Rutter.

The driver of the Equinox, a 56-year-old man, and a 59-year-old woman in that vehicle both were pronounced dead at the crash site.

The two occupants of the Sierra, from Suamico, Wis., were being treated at Dickinson County Memorial Hospital for non-life-threatening injuries.

Speed and road conditions appear to be the cause of the accident, according to the news release.

The accident remains under investigation.