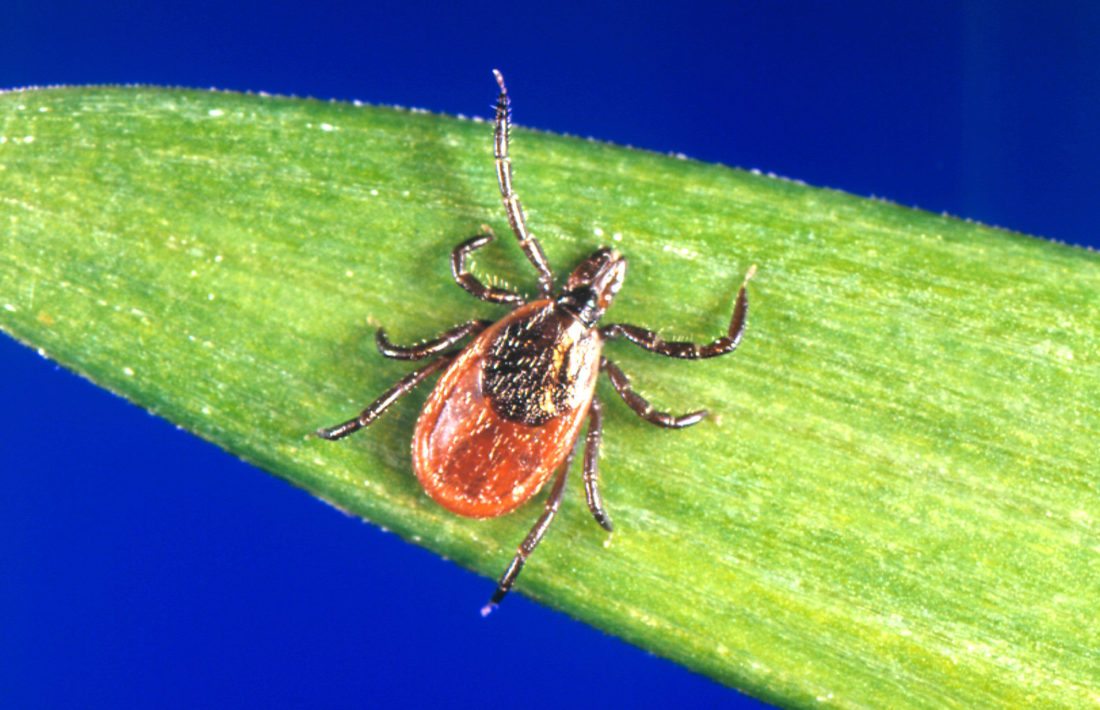 This photo from the U.S. Centers for Disease Control and Prevention shows a blacklegged tick, also known as a deer tick. (CDC via AP)

MADISON, Wis. (AP) — The state Department of Natural Resources would have to warn visitors to state properties about Lyme disease and sell them insect repellent under a pair of bipartisan bills the state Assembly overwhelmingly approved Wednesday.

The Senate passed the measures in October. The proposals now go to Gov. Tony Evers. The governor plans to sign them as early as Tuesday.

The first bill would require the DNR to post at least one sign warning visitors about Lyme Disease at each state park, trail, recreation area and forest. A fiscal estimate projects the DNR would need at least 115 signs at a cost of $12,500. The bill would provide that amount to the department on a one-time basis. The Assembly passed the measure on a 99-0 vote.

The second bill would require the department to sell insect repellent in state parks and forests. A fiscal estimate states that it would cost about $15,000 to set up an information technology system to sell repellent at parks and forests that don’t currently sell anything. The department would need to spend about $20,000 a year on repellent, according to the estimate. The Assembly passed the bill on a voice vote.

Lyme disease is caused by bacteria transmitted through tick bites. Symptoms can include fever, headache, fatigue and rashes. If left untreated it can spread to joints, the heart and nervous system, causing pain, dizziness, heart palpitations and inflammation of the brain and spinal cord.

The Senate in October passed two additional bills designed to combat Lyme disease. One would require the DNR to include information on the disease in state park brochures and conduct an annual Lyme disease awareness campaign. The other would create a tick-borne disease study committee.

Neither bill was on the Assembly’s Wednesday agenda. It was unclear when or if the chamber would take them up. Fiscal estimates for both bills said only that the proposals would incur “minimal” costs.

Assembly Majority Leader Jim Steineke told reporters before Wednesday’s session began that the two bills could get a vote before the chamber adjourns its 2019-20 session in late February. He said the GOP caucus hasn’t discussed the proposals yet. He said he didn’t know why.

The average number of Lyme disease cases in Wisconsin has more than doubled over the last decade. According to data from the Centers for Disease Control and Prevention, Wisconsin saw 1,121 confirmed cases in 2018, the fifth-highest number of cases in the country behind Pennsylvania, New Jersey, New York and Connecticut.

State health departments and the District of Columbia report about 300,000 cases of Lyme disease to the CDC each year.