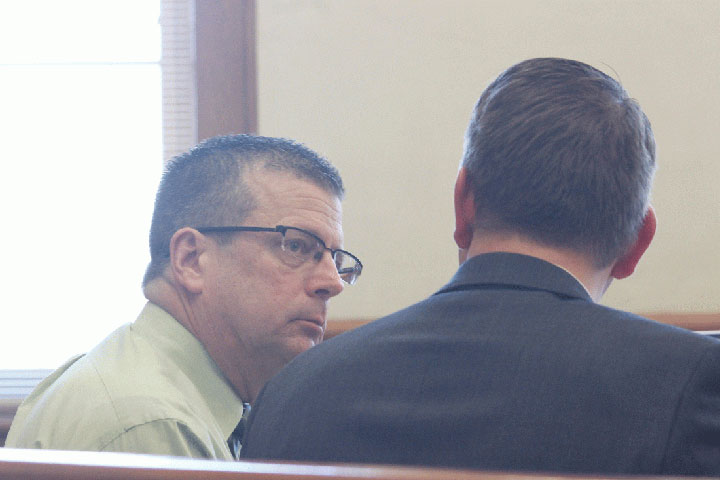 Brian William Helfert, 56, of Menominee, was accused in early January of sexual assault involving a male teenager he knew through his work as a Menominee County juvenile crime investigator and school resource officer. He faces up to 15 years in prison if convicted of the felony charges.

The Menominee Police Department began investigating Helfert with the help of the Michigan State Police after receiving information from Menominee Area Public Schools.

In his testimony, the teen said he knew Helfert both his positions as a Menominee County juvenile crime investigator and school resource officer, best known as Officer Brian. He also knew him outside of school and the mentorship, stating he did have a friendship with Helfert.

The teen said the incident took place at Helfert’s home Nov. 10. Afterwards, the teen said Helfert had told him to set up prices to pay for future encounters, in lieu of the food, games and rides Helfert provided the victim.

Helfert then took the teen to McDonald’s and bought him food before taking him home.

The teen said he told his girlfriend about the incident that night but did not tell an adult until school the next day.

He was taken to St. Vincent Hospital in Green Bay, where he was examined and talked to medical professionals about the incident.

Helfert was fired from the Menominee County Sheriff’s Department on Dec. 19, after an investigation for violations of office policies, procedures and rules of conduct.

Menominee County Sheriff Kenny Marks testified that Helfert joined the department on July 11, 1988, and had been a school resource officer for at least 16 1/2 years.

A message of hope