Kristine Cohodes, left, and Linnea Marchetti assemble flower arrangements at the Linnea & Kristine shop at 313 S. Stephenson Ave. in downtown Iron Mountain. They started the trend of staying open later one Thursday a month that now has grown into the Third Thursdays program in the downtown. (Betsy Bloom/Daily News photo) 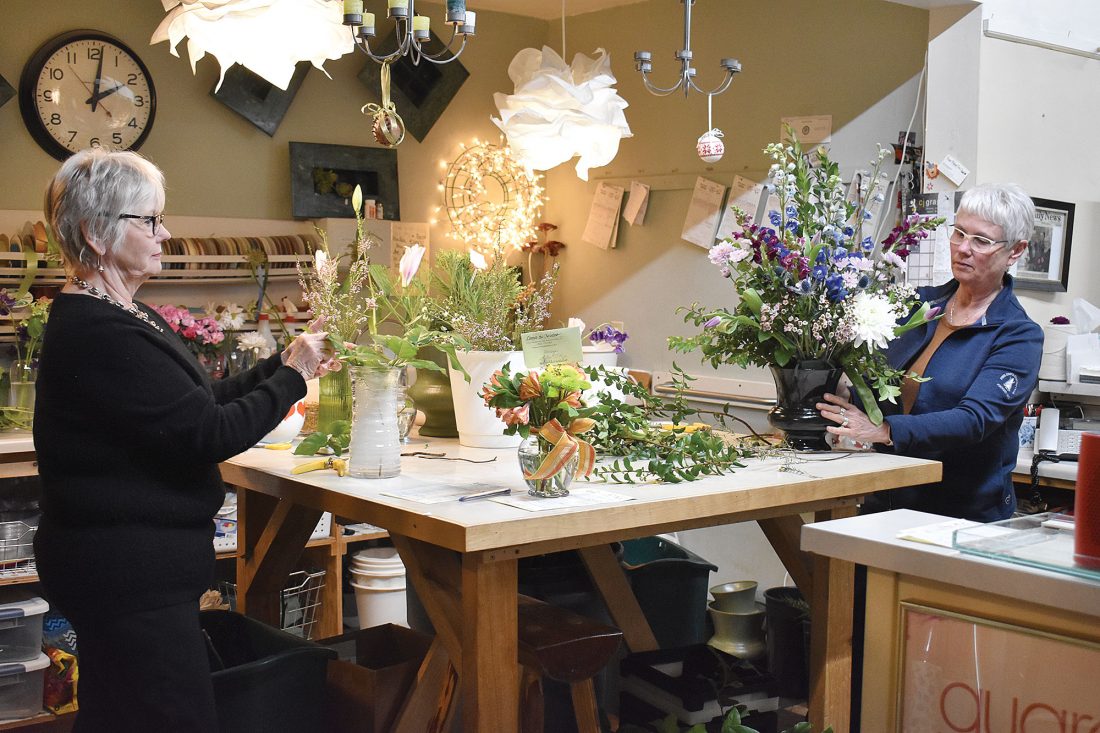 Kristine Cohodes, left, and Linnea Marchetti assemble flower arrangements at the Linnea & Kristine shop at 313 S. Stephenson Ave. in downtown Iron Mountain. They started the trend of staying open later one Thursday a month that now has grown into the Third Thursdays program in the downtown. (Betsy Bloom/Daily News photo)

IRON MOUNTAIN — Several Iron Mountain businesses once a month are giving people a reason to spend — emphasis on spend — a later Thursday evening in the city’s downtown.

On Third Thursdays, participating downtown Iron Mountain businesses may stay open as late as 8 p.m., rather than the usual 5 or 6 p.m. closing time.

The trend got its start about two years ago in June when Linnea & Kristine, the flower and gifts shop at 313 S. Stephenson Ave., decided to test being open later to cater to customers who wanted to stop after work.

Many of them were “stem” buyers, picking up a bouquet of fresh flowers to take home, shop co-owner Linnea Marchetti said. Sales proved strong enough to warrant remaining open until 5:30 p.m. but not 6, they said. 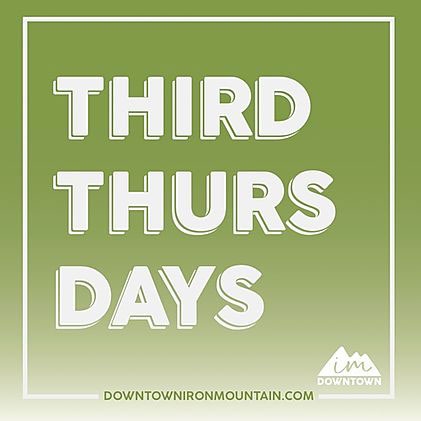 So in spring 2018, the shop began offering a later closing time on the third Thursday of the month.

Why that date? Marchetti said they noticed a nearby business, Bijou Lovely at 310 S. Stephenson Ave., often scheduled workshops on Thursday evenings, so they sensed an opportunity. Yet they didn’t want to make it a weekly practice.

“So it’s not too much; it’s special,” co-owner Kristine Cohodes said.

They eventually took it a step further, they said, adding some extra perks such as refreshments and special offers.

In that first year, several nearby stores in the downtown followed suit, staying open later on the third Thursday. Customers took note, checking with Linnea & Kristine on what might be in the works for the month’s Third Thursday, Cohodes said.

It prompted the DDA this past fall to persuade other core retail businesses and customers to consider making the Third Thursday a “night out” type of event. Now, about 15 downtown businesses on average participate in Third Thursday.

Some of them have special promotions or sales for that night, Pipp said. The DDA now posts participating businesses on its website at www.downtownironmountain.com, and encourages customers to go to those businesses’ own websites and Facebook pages to learn what special bargains or perks might be available for Third Thursdays that month.

“It’s still new. It’s still growing. We’re trying to get the word out,” Pipp said, adding that this year the DDA has budgeted funding for promoting Third Thursdays.

Pipp said the program might expand this summer to include music and other outdoor activities.

“I’m looking forward to seeing what happens this summer,” she said.

Marchetti and Cohodes noted they could remember when downtown Iron Mountain was the place to be on a Friday evening, with most businesses remaining open late into the night. In those days, they didn’t compete with Friday night high school football or basketball, they said.

“They wanted people to be in the downtown,” Marchetti said.

The next Third Thursday will be March 19.