Financial hits pile up for colleges, some fight to survive 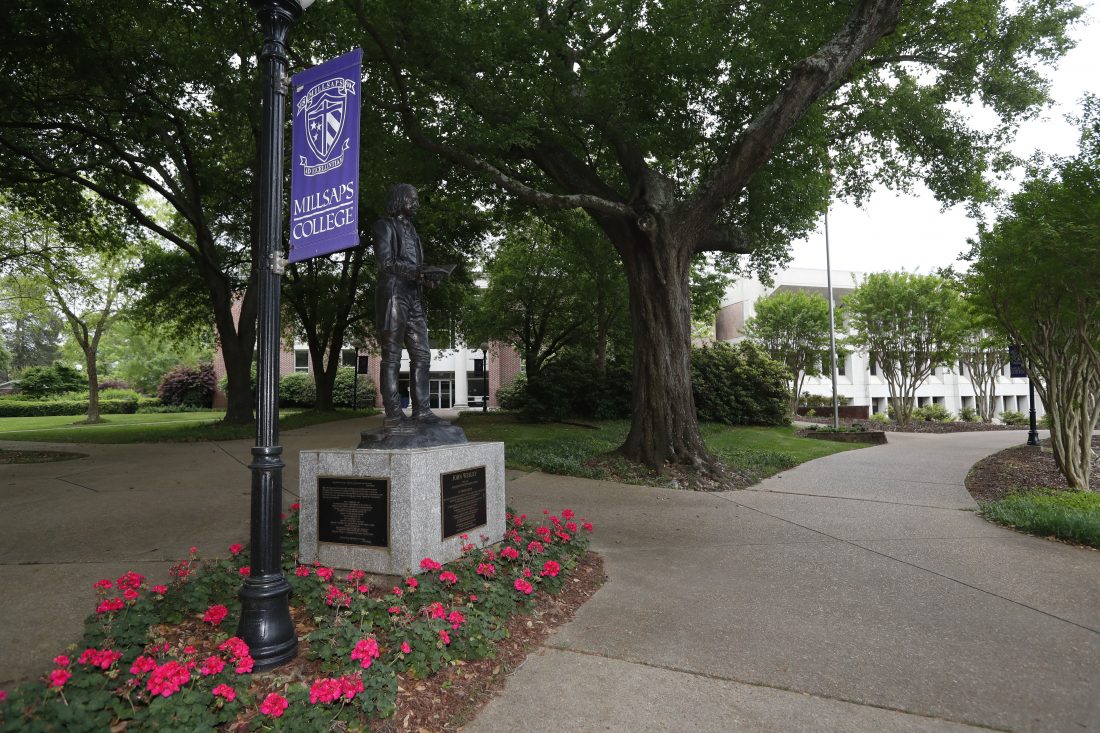 Students who usually flock past the statue of John Wesley, founder of the Methodist Church, while walking to class at Millsaps College in Jackson, Miss., are gone in face of the coronavirus Friday, April 3, 2020. The private liberal arts college, affiliated with the United Methodist Church, faces a different set of financial and enrollment challenges because of the virus. At present, the school has switched to on-line teaching. (AP Photo/Rogelio V. Solis)