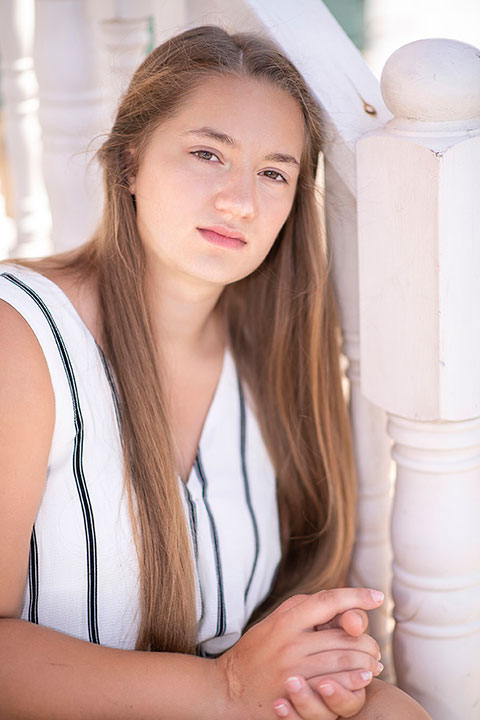 FLORENCE, Wis. — The Florence County School District has announced its top students for the Florence High School Class of 2020.

— Haley Behrmann, 18, lives in Long Lake, Wis., with her mother, Jenny Behrmann. She has three brothers, Billy, Logan and Corbin. Behrmann earned a 3.98 grade-point average and has been on either the superior or high honors list through high school. Her favorite subjects are math and band.

She also participates in basketball, trap shooting and track and was a volleyball manager. She was in concert band, jazz band, TORPEDOs, student council, National Honor Society and forensics, with two second-place ratings at state forensics. 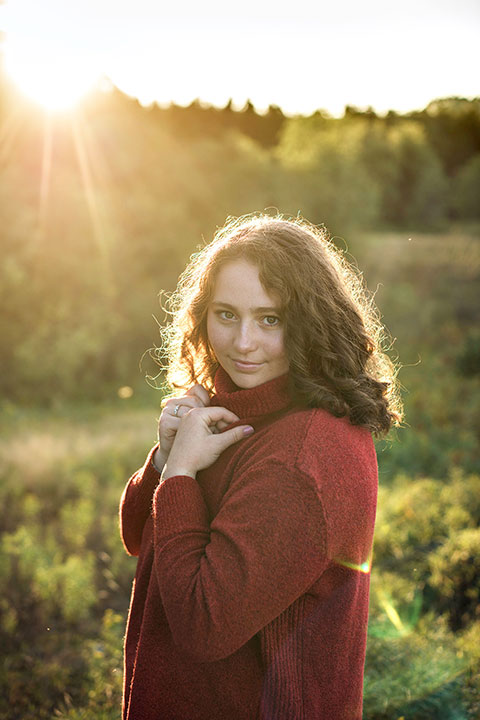 Over summer, she works in Shawano, Wis., cleaning houses with her aunt. In her free time, Behrmann loves being with her family, playing soccer and being outdoors.

Behrmann’s greatest influence is her brother, Billy, because she says he has succeeded with everything he has done and shown her that hard work pays off.

She plans to pursue an accounting degree at Lakeland University in Sheboygan, Wis., in the fall.

— Madison Neuens, 18, lives in Aurora, Wis., with mother Jessa Neuens. She is class salutatorian with a 3.990 GPA. Her favorite subject is band, because she loves music and playing her saxophone.

Neuens is a member of the National Honors Society, student council, TORPEDOs, forensics and Hi-Q. At the same time, she is a three-sport athlete, participating in volleyball, basketball and softball. Neuens also is very involved in the arts community as a member of the Florence High School Band, jazz band, choir and show choir. She was the co-historian of National Honors Society and has been captain in each of her three sports. Throughout her time at Florence High School, she has collected several awards, including winning the Most Spirited Award in volleyball, Louis Armstrong Jazz Band Award, countless state solo and ensemble awards, Soprano Section Leader Awards in choir and TopCat Awards for band. 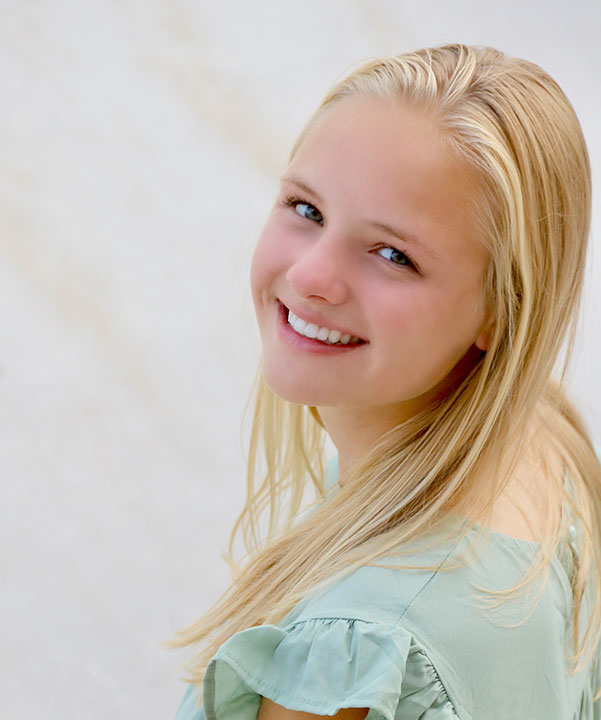 Outside of school, Neuens is an active member of St. Mary’s Parish church in Florence, where she is a lector, eucharistic minister and occasionally helps out the church choir. She has worked as a babysitter, been a server for the Svecia Country Club and this summer plans to work as the 4-H summer intern with the Florence County UW-Extension program.

In her spare time, Neuens enjoys watching TV and movies and being with her family and friends.

Neuens’ role model would be her mother, because she shows her how to be a good person and how to love and care for others through everything.

Neuens plans to pursue a marketing degree at St. Norbert College in De Pere, Wis., where she also hopes to a member of the concert band.

— Kathleen Selden, 18, is the daughter of Chris and Ann Selden of Spread Eagle, Wis. She has one sister, Audrey. She is one of the Class of 2020’s valedictorians. Through high school, she maintained a 4.0 grade-point average and has received many of Florence High School’s academic awards. Selden’s favorite subjects are English and Spanish, because she enjoys reading, writing and learning about other cultures. 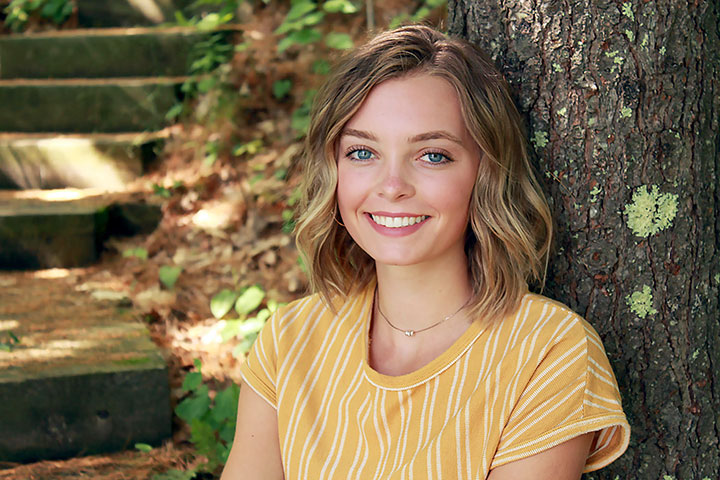 During high school, Selden was in basketball, softball, volleyball, cross country, band, forensics, Hi-Q, student council and National Honor Society, for which she served as president of the local chapter in her senior year. Selden has competed in the state competition for both forensics and solo and ensemble. She also received many academic all-conference awards.

In the community, Selden was a member of TORPEDOs volunteer group, where her work included Bobcat Buddies, Books on the Bus, Great 8 Winter Games and the Veterans Day breakfast. The past two summers, Selden worked as a watercraft inspector for Florence County Land Conservation.

In her free time, Selden likes to travel and spend time with friends and family.

Selden’s role models and greatest influences are her parents, who taught her it’s important to work hard and obtain a quality education because it can lead to a successful career.

Selden plans to major in actuarial science and minor in Spanish at the University of Wisconsin-Madison this fall. 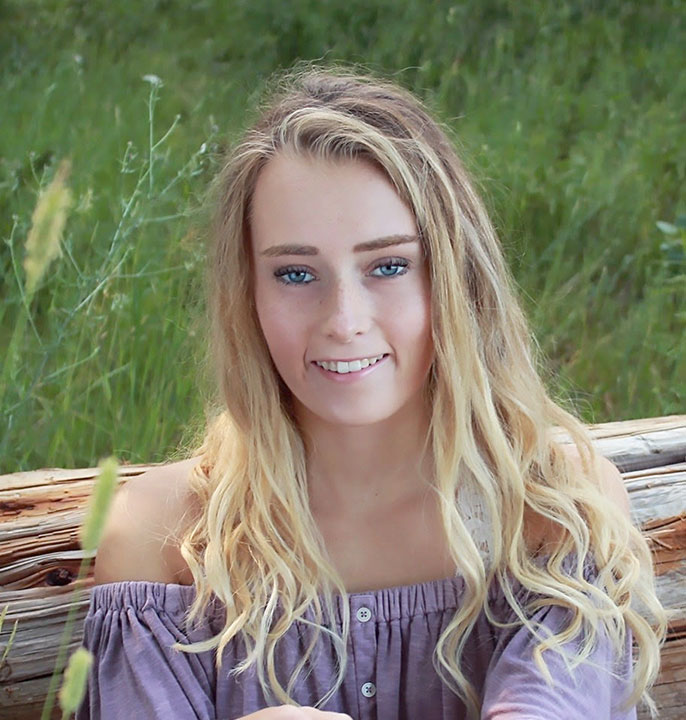 — Jenna Springer, 18, is the daughter of Mark and Loralee Springer of Florence. She has a twin sister, Jordyn, and an older sister, Kaitlyn. She is one of three valedictorians of her class, with a 4.0 grade-point average. She has been on the superior honor roll all through high school. Her favorite subject is math.

Springer was a member of National Honor Society, a four-year member of student council and TORPEDOs and student council treasurer her senior year. Through these organizations, Springer has completed many hours of volunteer work. As a senior, she helped plan a mental awareness day for the high school, titled “Project: YOU.” She also helped plan, organize and set up a school closet.

Additionally, she is a member of the Bethlehem Lutheran Church in Florence. Springer participated in forensics her sophomore year.

The past two summers, Springer has worked as a watercraft inspector for Florence County Land Conservation Department, and she hopes to work for them again this summer.

Springer’s greatest role models and influence are her parents and sisters, who have supported her and taught her many valuable life lessons. Outside of school, Springer loves to do anything outdoors and stay active.

Springer plans to pursue an environmental engineering degree at University of Wisconsin-Platteville in the fall.

— Jordyn Springer, 18, is the daughter of Mark and Loralee Springer. She shares the valedictorian title with Jenna Springer and Kathleen Selden with a 4.0 grade-point average. Her favorite subjects were art and English.

Throughout high school, she participated in basketball, volleyball and softball. She was named Most Improved for volleyball, and MVP and Most Valuable Offensive Player for softball. Her junior year, she was named Co-Female Athlete of the Year.

She also participated in band and art, where she received district and state solo and ensemble awards, and numerous awards and honors for art. Springer was vice president of National Honor Society, secretary of the student council, a member of TORPEDOs and belongs to Bethlehem Lutheran Church in Florence. During her senior year, she helped lead the Student Clothes Closet and Mental Health Day projects. She also has worked as a waitress at the Svecia Club in Spread Eagle, Wis.

Springer’s biggest role model is her sister, Kaitlyn, who is a graduate student in pharmacy school. Outside of school, Springer loves to paint and draw, hang out by the lake and spend time outdoors.

She plans to major in graphic communications and minor in digital marketing and Spanish at the University of Wisconsin-Stout.