LANSING, Mich. (AP) — Gov. Gretchen Whitmer said Friday that barbershops and other personal-care businesses can reopen across Michigan on June 15, while those businesses and places like gyms and movie theaters that were shut down for months to curb the coronavirus can restart in northern Michigan next week.

Also, the state health department for the first time began reporting probable COVID-19 cases and deaths, not just those confirmed with lab testing.

The governor advanced the Upper Peninsula and Traverse City regions to the next phase under her restart plan, effective Wednesday under a new order. She is expected to move the rest of the state’s more populated areas to that stage in coming weeks.

In 32 northern counties, indoor social gatherings and organized events of up to 50 people will be permissible, subject to distancing and other safety rules. Outdoor gatherings of up to 250 will be allowed. Outdoor performance and sporting venues will be able to have up to 25% capacity or 500 people, whichever is smaller — allowing for some graduation ceremonies, Whitmer said.

Indoor facilities such as bowling alleys, cinemas, convention centers and sports arenas — closed since March 16 — will open at 25% capacity or hold up to 250 people, whatever is smaller, as long as patrons stay 6 feet (1.8 meters) apart if they are not from the same household. Fitness centers must reduce class sizes as necessary and, “to the extent feasible,” configure workout equipment 10 feet (3 meters) apart — or 6 feet if there are barriers.

Hair, tanning, tattoo and massage businesses will be allowed to reopen statewide on June 15 after being closed since March 22. Barbers and hairdressers were the focus of a conservative group’s protest at the Capitol more than two weeks ago.

“Please do not drop your guard now,” said Whitmer, a Democrat. “Because of the hard work and sacrifice that we’ve made we’re now able to make this re-engagement happen.”

Rachel Harned, a Holland salon owner who told state lawmakers this week that salons should be allowed to reopen, said she was “thrilled.”

“Being closed this whole time, without knowing when we could open, was a nightmare,” she said. “With this advanced notice, salons and barbershops across the state can put safety measures in place to protect our clients and hit the ground running on opening day.”

Restaurants, which are open in northern Michigan at 50% capacity, can reopen across the state Monday under a previous announcement. Whitmer said customer capacity limits will remain in place for “a while.”

The state publicly posted probable cases and deaths on a revamped website, months after the federal Centers for Disease Control and Prevention told states to include such cases in their reports to the agency.

Dr. Joneigh Khaldun, the state’s chief medical executive, urged the elderly and those with underlying health conditions to continue staying home unless it is absolutely necessary to leave.

Whitmer, who testified about the state and federal responses to the pandemic during a virtual congressional hearing this week, said she will not testify to a legislative committee investigating her administration’s handling of unemployment claim delays and other facets of the crisis. She cited the Republican-led Legislature’s lawsuit challenging the use of her emergency powers to extend stay-at-home and other orders, which is in the appeals process.

“At this point, we are in a legal battle and I don’t think that testifying in front of the committee makes a lot of sense,” Whitmer said.

Rep. Matt Hall, a Marshall Republican who chairs the panel that sought her testimony, said he was “disappointed the governor will not offer Michigan residents the clarity they need and deserve.”

GLADSTONE — A man accused of shooting into a Gladstone home Saturday night has been arraigned on felony charges. ... 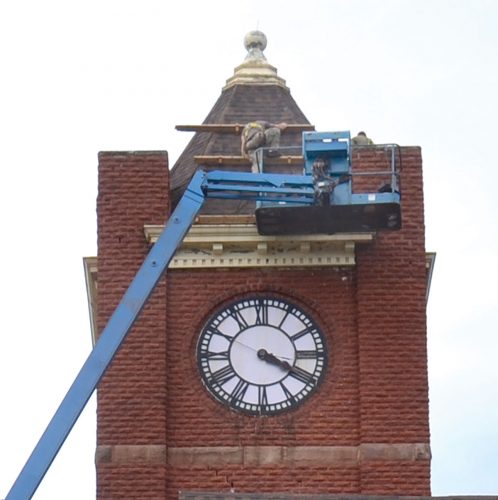 Beer Fest called off in Marquette

MARQUETTE — The Michigan Brewers Guild has canceled the U.P. Fall Beer Festival set for Sept. 12 in Marquette due ...

MENOMINEE — A woman has been arrested after another woman was attacked with a knife at the Menominee Lighthouse ...