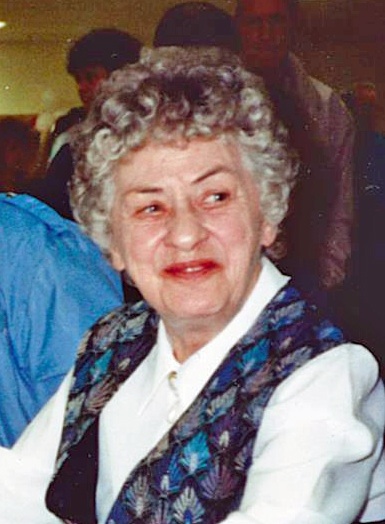 She was born on March 5, 1924, in Metropolitan, the daughter of the late John and Marie (Nyman) Jacobson.

Hazel lived most of her adult life in Fallbrook, Calif., returning to Iron Mountain in 1989 for retirement. Hazel was a member of Immaculate Conception Catholic Church.

She enjoyed flower gardening and feeding the birds.

Hazel is survived by her daughter, Barbette (Michael) Wagner; four grandchildren; 12 great-grandchildren; three great-great grandchildren, and many nieces and nephews, as well as extended family.

She was preceded in death by her husband, John in 2015; four sisters, Lea Silverstone, Svea DeFranco, Joan Lucas, and Sidney Jacobson, and four brothers Toby, Adolph, Glen, and Runard Jacobson.

Visitation will be Tuesday from 9 a.m. to 11 a.m. at the Erickson-Rochon & Nash Funeral Home.

Funeral services will be Tuesday at 11:30 a.m. at Immaculate Conception Catholic Church in Iron Mountain. Monsignor James Kaczmarek will celebrate the Mass of Christian Burial.

Burial will be in the Felch Cemetery.

The family would like to thank the second floor nurses for their care and compassion during Hazel’s final hours.

Condolences to the family of  Hazel E. Yourzak may be expressed online at www.ernashfuneralhomes.com

The family has entrusted the Erickson-Rochon & Nash Funeral Home  with the funeral arrangements.