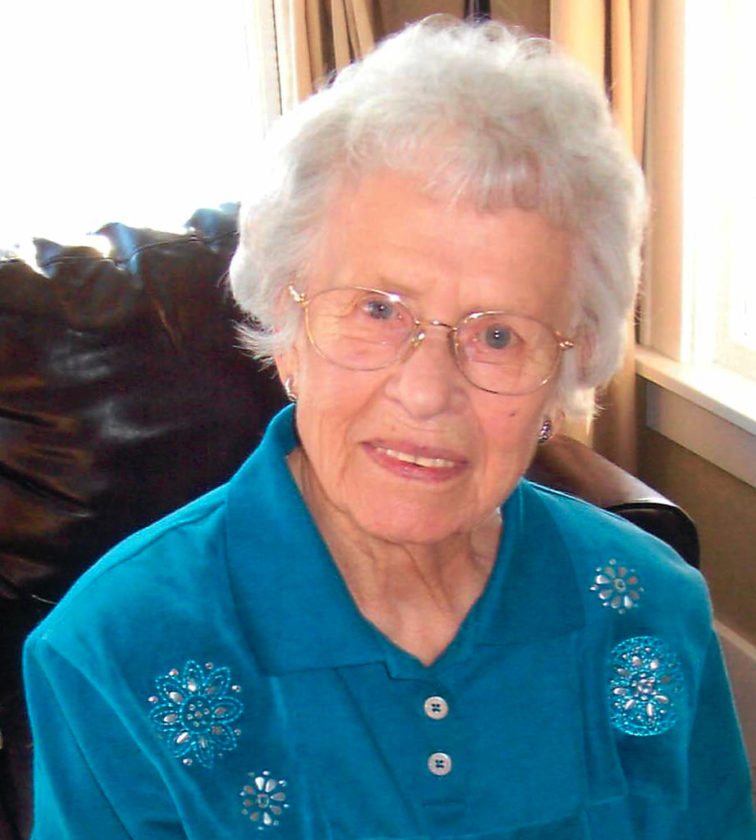 She was born March 14, 1913, in Ironwood, daughter of the late George and Anna (Skoviera) Hronkin. Ann attended schools in Crystal Falls.

She moved to Chicago to work as a nanny and then took a position as a seamstress at a bridal shop where she used her very proficient sewing skills.

Ann married John Mindok at Guardian Angels Catholic Church in Crystal Falls in 1937. They moved to Gary, Ind., where they began raising a family. At the end of World War II they moved to Iron Mountain to continue raising their family and eventually started their own laundry and dry cleaning business.

Ann worked with her husband in their business and continued to diligently care for her family and home.

Ann enjoyed the simple things in life. She and John sang in their church choirs, square danced, and she took great pride in her sewing. All of her children could cook/bake, sew, and are experts at doing the laundry. She taught her children to be independent and to always do their best in every endeavor.

Ann kept her Slovak traditions alive and the wonderful smells of marathon baking occurred many nights before Christmas and Easter.

In addition to her parents and husband, John, Ann was preceded in death by a son, Jerome Mindok; a grandson, Thomas Pratt; three brothers, Joseph, John and George Hronkin; and two sisters, Mary Onderak and Elaine McDonald.

Visitation will be 4 to 6 p.m. Friday from at the Erickson-Rochon & Nash Funeral Home in Iron Mountain.

Funeral services will be 10 a.m. on Saturday at Immaculate Conception Catholic Church. Msgr. James Kaczmarek will offer the Mass of Christian Burial. Burial will be in Iron Mountain Cemetery Park.

In lieu of flowers, memorials may be made to the Dickinson County Library in Ann’s memory.

Condolences may be expressed to the family of Ann Mindok online at www.ernashfuneralhomes.com.