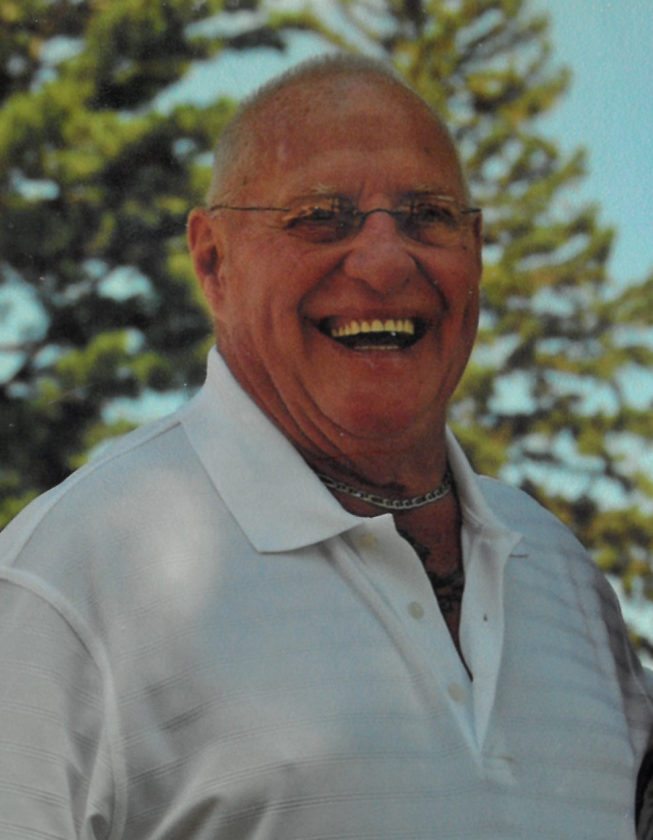 Bruce was born on Nov. 18, 1934, in Iron Mountain, son of the late Dino and Ruth (Greene) Bianco. He graduated from Iron Mountain High School, Class of 1953, where he excelled in football. Bruce married Evonne Londree on April 6, 1963, in Quinnesec. He worked for Grede Foundry in Kingsford for 52 years as a supervisor. Bruce also worked for R&R Ambulance Service. He was a bouncer/friend to the teenagers at the local dances held at both the Crystal Lake Community Center and the Kingsford Armory in the early 1970’s.

Bruce was an avid Mountaineer fan, receiving the Iron Mountain Mountaineer Fan of the Year award, presented by the Iron Mountain Booster Club. He had his own reserve seating at all the Iron Mountain basketball games, where he sat with a small group of lifelong Mountaineers. At the football games, Bruce could always be spotted with other railbirds along the north fence line. He was also an avid Green Bay Packers fan and enjoyed conversing about all sports. For many years he coached and managed Mayme’s Bar and Pete’s Grocery in the local slow pitch softball league. Bruce was proud to gather local talent, as well as talent from other areas of the Upper Peninsula and Northeast Wisconsin, winning numerous titles under his tenure. His teams dominated many of the tournaments they entered, a few of them so convincingly they were asked not to come back the next year.

Bruce enjoyed weightlifting and working out at the gym most all his life. He was an early pioneer in the sport of bodybuilding and eventually turned to power lifting. In 2006 he became the world champion bench press weightlifter for his age and his weight class in a competition held in Maine. In 2008 he broke the world record in the bench press for his age and weight class in a Chicago competition.

Bruce could be found every morning at B’s Cafe engaged in loud conversation with many of his cronies, greeting customers, and giving the waitresses a hard time.

Bruce adored and loved all his grandchildren and cherished the time he spent with them. He rarely missed their activities over the years, as he was their biggest fan no matter what they were doing.

In addition to his parents, Bruce was preceded in death by one son, Todd; one brother, David Bianco; and one grandson, Tony Spigarelli.

Visitation will be 1 to 5 p.m. Monday, March 5 at the Jacobs Funeral Home in Iron Mountain. A celebration of life service will be at 5 p.m. Monday at the funeral home. Pastor Kevin Sullivan will officiate.

A reception will be held immediately following the services at Recreation Lanes.

Memorials can be made to Iron Mountain High School in Bruce’s memory.

You may light a candle in remembrance of Bruce or leave a condolence for his family online at www.jacobsfuneralhomes.com.

The family has chosen the Jacobs Funeral Home, Iron Mountain, to honor Bruce’s legacy of life.