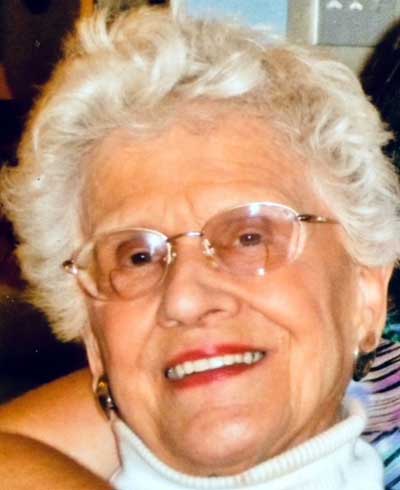 She was preceded in death by her husbands, Edmund R. Sullivan Jr. and Edward L. Ditz Jr.; as well as three of her siblings, Albert and Fred Zambon, and Jean Zambon Rack.

Norma was born in Iron Mountain, the second of five children. She graduated from Iron Mountain High School in 1936 and attended business school in Chicago.

She worked as an executive secretary at Carson Pirie Scott and Company where she met her husband. They married in 1940, her husband enlisted in the Army and they began a series of moves and travels that lasted the duration of their marriage. Their residences included Sendai, Japan, Sonthofen and Heidelberg, Germany and several places throughout the United States.

Widowed unexpectedly at age 44 with a 13- and 10-year-old, Norma brushed up on her secretarial skills and returned to work at St. Anthony’s School and Marymount University in Northern Virginia and NBC offices in Washington, D.C.

Norma married again in 1969, inheriting three step-children. Together she and her husband raised five teenagers. They were married for 47 years, spending their final years in Fredericksburg.

Norma’s favorite hobbies were playing bridge and walking two miles daily, beginning at age 50. A devout Catholic, she was a member of the secular Franciscans, the Legion of Mary and a founder and president of the Magdalene’s, a grief support group, at St. Mary of the Immaculate Conception Roman Catholic Church.

Private burial services will take place after the reception.