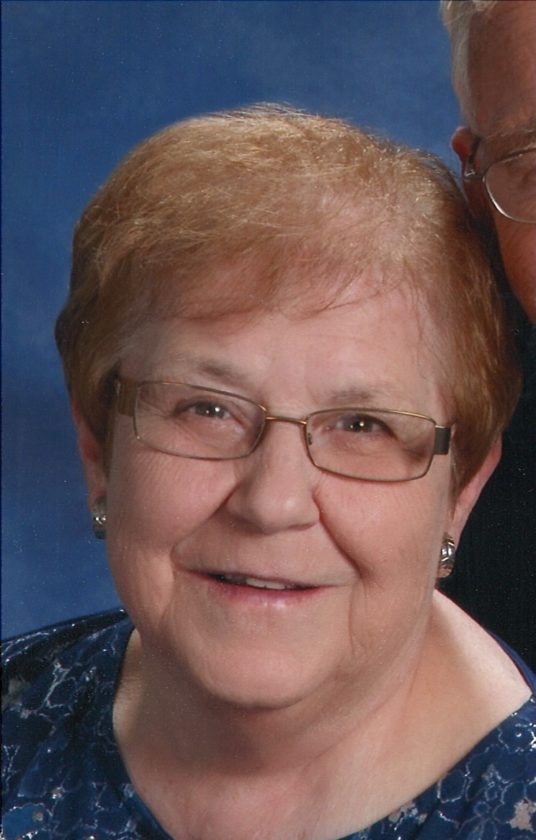 POWERS — Barbara A. Cologna, 80, of Powers, passed away early Monday morning, Sept. 10, 2018, at Pinecrest Medical Care Facility in Powers, with her family by her side.

She was born on Jan. 2, 1938, in Norway, the fourth daughter of Harold and Maude (Pearney) Wall. She graduated from Norway High School in 1956 and then went on to study nursing at St. Francis Hospital School of Nursing (now Resurrection) in Evanston, Ill. She graduated as a Registered Nurse in 1959. Following graduation she returned to Norway and worked as an office nurse for Dr. W.R. Gladstone.

On June 18, 1960, Barbara married a former school mate, James Cologna at St. Mary Church in Norway. In 1961, Jim decided to return to Northern Michigan University to finish his education. While in Marquette, she worked as an R.N. at St. Lukes Hospital (now U.P. Health Systems).

In 1963, Barbara and her family moved to Mundelein, Ill., where Jim was employed at Smith Corona and she was a nurse at Condell Memorial Hospital. A few years later the family returned to the U.P. and Jim worked for Clairmont Transfer and they resided in Powers, where Barbara worked as an R.N. supervisor at Pinecrest Medical Care facility until her retirement.

Barbara was a member of St. John Neumann Church where she was proud to serve as CCD teacher, CCD lunch lady, Sacristans, and Eucharistic minister for many years.

Barbara was preceded in death by her parents; sisters, Joyce, Pat and Betty; and brothers-in-law, Casey Mish and Albert Baciak.

The services for Barbara will be on Friday, Sept. 14, at St. John Neumann Church in Spalding.

The Mass of Christian Burial will be at 5 p.m., with Rev. Michael Vichich officiating.

Burial will be in Norway Township Cemetery.

In lieu of flowers, memorials in Barbara’s name may be directed to St. John Neumann Church.

A message of condolence may be directed to the family by visiting crawfordfuneralhomes.net.