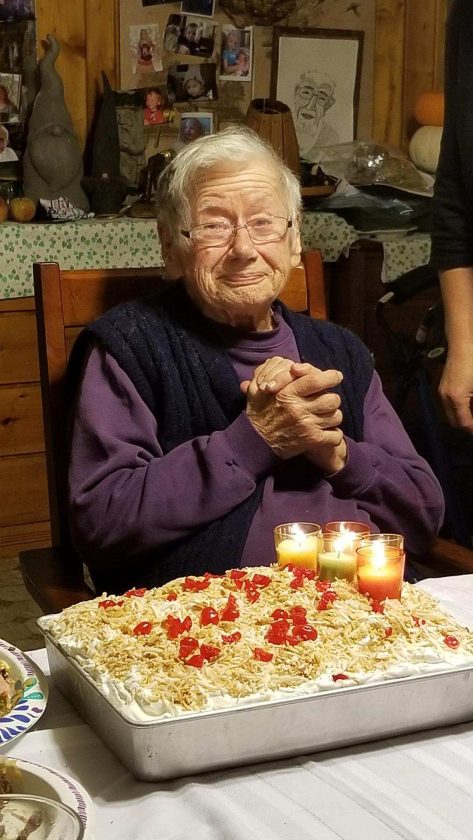 Lorraine married Frank Tuchowski on June 1, 1957, and together they ran a family farm where they raised dairy cows, beef cows, and various other animals and fowl. They also had a large garden with corn, pumpkins, and raspberries. They shared their farm with the kindergarten class during their annual end-of-year picnic for 13 years.

Lorraine loved to cook and can and care for their four children. She helped her husband with his art craft and woodwork. In later years she loved traveling to visit their children and other family. Lorraine enjoyed crocheting, embroidering, and needlecraft. She was an avid reader and enjoyed her solar garden and nature.

Funeral services will be held on Tuesday at 11 a.m. at the Guardian Angels Catholic Church. Fr. Daniel Malone will offer the Mass of Christian Burial.

Burial will be in the Evergreen Cemetery.

Condolences to the family of Lorraine Tuchowski may be expressed online at www.nashfuneralhome.net.

The family has entrusted the Nash Funeral Home of Crystal Falls with the funeral arrangements.